CHICAGO ENTREPRENEURISM: FOUR INGREDIENTS TO HELP YOUR BUSINESS – AND THIS CITY – DOMINATE

CHICAGO ENTREPRENEURISM: FOUR INGREDIENTS TO HELP YOUR BUSINESS – AND THIS CITY – DOMINATE 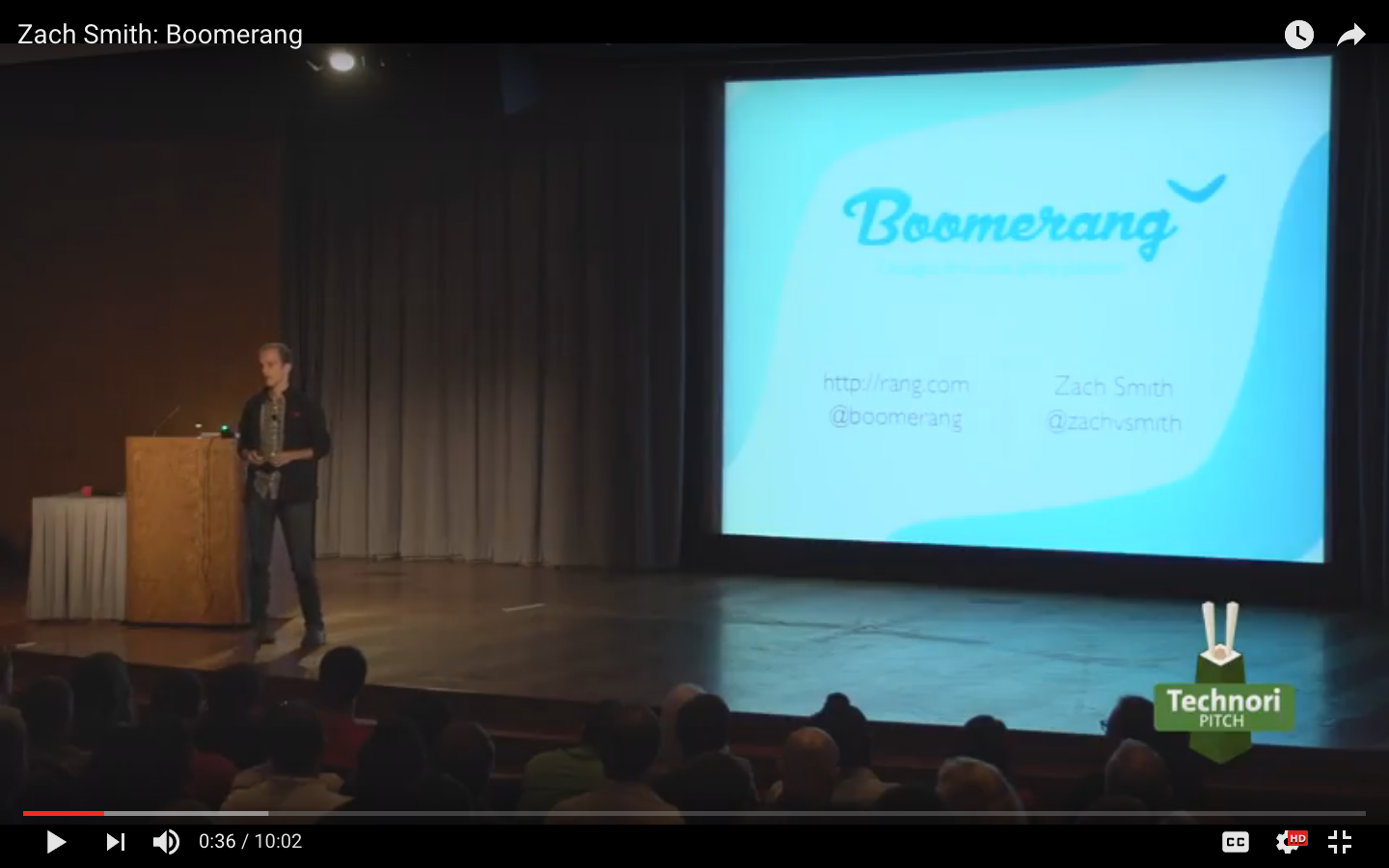 Chicago has become a hub of activity over the past year, reviving itself from the city that “Oprah is leaving” to the city that “birthed Groupon”, the fastest growing company on the planet whose founders turned down a $6 billion offer from Google in favor of steering their ship toward an IPO. And though Groupon has stumbled with the upheaval created by its recent Superbowl commercial performance, the company and its founders have some powerful coattails that will fuel the Chicago entrepreneurial scene for years to come. For other Chicago-based entrepreneurs, this creates an opportunity to not only utilize the attention being paid to our city, but to fan those flames with stories of additional innovation.

As the founder of Round Table Companies who has spent the last decade helping clients communicate in entertaining ways, I have devised a four-step approach toward building a dynamic brand that demands attention and drives revenue.

DEVELOPMENT: Development is anything related to the growth of your business’s core product or service. Most entrepreneurs understand and implement the development of their idea by putting it to the test, building their prototype product or service and continuing to improve upon their idea. They focus on development through more training, attending classes and seminars, and by reading great books. Your standards of development must be exceptionally high, because your offering had better deliver when the rest of the system is working effectively and leading people to your front door.

But, and this is a big but, most entrepreneurs get stuck in this piece of the equation; Hollywood commonly refers to films in this stage as inhabiting “development hell”. Entrepreneurs, like filmmakers, can overwork their ideas to the point of exhaustion, when the better approach is probably to run and gun: to develop strongly, produce and then focus on the three other aspects listed below to grow the actual business. When our company works with clients, the first year is often dedicated to the development of a central creative piece that has an end point—typically a book (or series of books). What works about this approach is that it forces us to focus our work on that piece of the puzzle and then to put a cap on development and move into other areas of growing the brand, which becomes the client’s business. This is not to say that development will end, as it never does, but a shift of intention must take place for growth to occur.

MARKETING: Whether it’s your website, CDs, brochures, direct mailers, emails, videos, advertisements, etc., what is most important about your marketing materials is that they reflect remarkable attention to detail. Your marketing materials must unconditionally represent the quality and core values of your business. Shabby or unimpressive marketing tells people that your business is shabby or unimpressive. How often have you jumped onto an antiquated website, only to bounce right off without reading a word? How often have you tossed a postcard in the garbage or deleted an email advertisement without looking at it for more than a millisecond? Most of us do it more times a day than we can count. Why? Because the majority of what is thrust in our faces is garbage—poorly conceived and executed with even less care. No emotional buy-in is created because we assume that the poor visual quality will translate to unworthy information, and we judge it as a waste of time.

In this day and age, we have to generate emotional buy-in quickly. Buy-in is achieved not by shocking our audience, but by building our marketing materials out of our core values and the underlying, heart-based mission of our business. When we visually articulate our values with high standards, we are telling the viewer a visual story that forces an emotional reaction, as opposed to indifference. Strong marketing excites those of like mind while repelling those who would otherwise waste a business’s time.

Marketing (what I consider the story-based introduction of your business) is the area where most entrepreneurs fail to excel. But understanding its purpose is an advantage that will help you drive word of mouth and build positive emotional anticipation around your business.

I’ll use the film analogy again for a quick example. A new movie trailer catches your attention and has you looking forward to the release. As the launch date nears, you see one of the actors discussing the film on a morning show, you read a great review, and you hear from a trusted friend that it was worth seeing. With this kind of exposure, the movie studio is actually telling you a story that is setting up your positive emotional anticipation of the film. By the time you enter the theater, you’re rooting for the film to succeed, and that helps you enjoy the experience. If the movie delivers, you’re more apt to tell others, to buy the DVD when it comes out, and to see the director’s next picture. As an entrepreneur, you have the same opportunity to create that kind of anticipation about working with or buying from your business.

NETWORKING: Every single person that your business (including you and your staff) interacts with can be converted into a member of your fan club. Think of your business as an undiscovered band. Music lovers will understand how discovering a promising band early can make you feel like the member of an exclusive club. As that band becomes more popular over time, you strut your stuff because you were an early adopter. The band’s success validates your taste in music, and that further encourages you to share their music with your friends and introduce it to coworkers. When the band comes to town, you might encourage everyone you know to go with you to their concert. Because you discovered them early, you’re an ambassador of their brand, and, intentionally or not, you’ll play a role in their success.

In the same way, your business’s fan club will be an integral driver of your success. In fact, without a fan base, no band or business can succeed. Understanding this principle and taking advantage of it is imperative to building an audience and support network for your business. Doing this well requires regular interaction with the Chicago community and an attitude of appreciation for everyone you meet. Technori deserves great credit fro bringing entrepreneurs together, as do the founders of TEDxMIDWEST who are hosting an entire week celebrating entrepreneurism in Chicago later in 2011.  Get involved, bring a great attitude, talk about your business, and listen to others share about their own journey.  Most of us are not competing with one another, so there is tremendous room to support each other and our common goal of being a part of this movement in Chicago.

PUBLIC RELATIONS: PR is the way you personally communicate with your growing fan base. This is your opportunity to connect. Listen to me carefully here: If you don't tell people what you're up to, they’ll assume you're doing nothing impressive with your business. Conversely, if you continue to keep people informed about your victories, your new clients, and the new opportunities your business is creating for its customers, you give your fan base reason to further buy into your journey. Networking, as described above, adds people to your fan base. Public relations fills out the behind-the-scenes story for them. Using the band analogy again, you could say that the music is what turned you on, but the stories of the musicians are what made the band a three-dimensional fixture in your life.  Those stories can be revealed through newsletters, social networking, media coverage, and events.

Development. Marketing. Networking. Public Relations. As entrepreneurs, we need to champion all four to succeed. As entrepreneurs in Chicago, we have an opportunity to capitalize on the attention being paid to our city right now and a responsibility to contribute to the conversation of Chicago as a city to watch. If we succeed, that will translate into Chicago being viewed as a city to move to. Businesses that are not just dreamed up but realized will draw more opportunities, more money and more attention to the city. So develop with high standards, market with higher standards, grow your fan base and show off your humanity. Then rinse and repeat. Groupon put this city back on the map. We all have a responsibility to contribute to what’s next.

Corey Michael Blake is a Chicago based entrepreneur and founder of Round Table Companies and Writers of the Round Table Press.  His latest adventure is a series of non-fiction comic books launching nationally in April 2011 with best-selling authors including WIRED editor Chris Anderson, sales guru Tom Hopkins, TV personality Larry Winget, and Latino author Robert Renteria.