Since launching nearly a decade ago, our mission has been to build the largest and most inclusive tech community in the world!

And, what began as a startup blog and meet-updesigned to connect founders with investors and early adopters has now grown into one of the nation’s largest media platforms for entrepreneurs – with millions of podcast plays and the first-ever live radio show and event series where startups can fundraise directly from the audience – resulting in more than $50 million invested via crowdfunding, and over a billion dollars of venture capital!

Technori disrupts how startups are launched and funded by combining the power of equity crowdfunding with that of a passionate network of entrepreneurs, investors and techies connected via highly curated events, podcast interviews, blogs, and Startup Showcase.

The Startup Showcase is Chicago’s top tech show, where Technori CEO Scott Kitun sits down with entrepreneurs from around the world to talk shop and invest in startups live on WGN Radio!

Our community of investors call it “unicorn hunting” … but, the Startup Showcase is more about helping early stage founders raise go-to-market funds by giving them the opportunity to pitch their startup in front of thousands of would-be investors.

Why We’re Doing This

Over the next ten years more than half of current S&P 500 companies will be replaced with technology driven, high-growth companies that haven’t even been formed yet. But, those startups will need money to grow and many of the founders of the future are not going to come from the top 1%, which means they’ll need your help to get funded.

Silicon Valley is an amazing place that has funded startups for decades, but its monoculture has become increasingly apparent in recent years. And, with tech hubs like Chicago, Austin, Boston and others growing at a rapid pace due to access to lower costs and more diverse economies — the time for change is now!

Fortunately, Title III opened the door for those previously excluded from startup investing to fund the companies they believe in. This makes room for more entrepreneurs — because in a world where anyone can fund anyone, more ideas get off the ground.

Why We Focus on Diversity

We focus on diversity because while talent is evenly distributed, opportunity is not.

Technori welcomes all entrepreneurs, but we especially encourage founders with diverse teams and backgrounds to apply to present because providing more talent with the chance to build companies creates a stronger economy.

How we affect this is important; female, minority and first-time founders are notoriously underserved by the investor community – we equalize the fundraising landscape by providing founders of all backgrounds with access to startup capital and media exposure.

We’re a team of entrepreneurs, investors, tech builders, creators and operators whose expertise has contributed to more than $3,000,000,000 in shareholder value. I’m responsible for anything you see on Technori that makes you laugh; gamer, creator, videophile, and a shameless promoter of Baltimore sports. 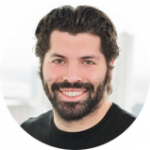 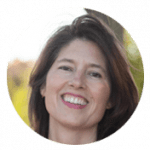