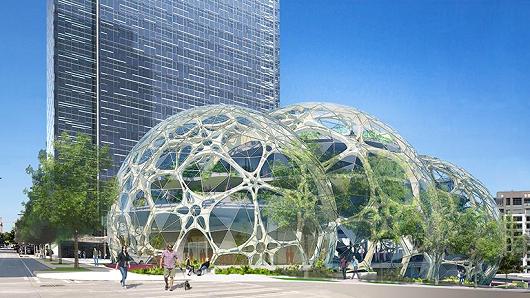 Chicago is familiar with fighting to attract major companies and donors. But we usually lose or pull out. Do you need to be reminded of both the failure to host the Olympics and that whole fiasco with Star Wars creator George Lucas and his glamorized memorial?

But this time could be different! Do you believe?

Amazon announced that they will be building a second headquarters called HQ2. The company promised that the campus will match the original built in Seattle. HQ2 will cost $5 billion dollars and will provide 50,000 jobs.

These jobs have also been described as “high paying.” With Chicago placing more focus on its tech culture, this would be a major competitive boon.

Amazon has been ramping up its mission to increase hiring. They have been blowing past other digital companies in this measure.

Chicago is within the transportation hub of America. That’s our big plus.

C'mon, Chicago! Let's go for this. We're the heartland, the transportation hub of the country https://t.co/pRNJGoB9qT

Given how Illinois has one of the worst economic profiles in the country, it’s not hard to see why Mayor Emanuel and company would vie for Amazon’s business. However, Amazon may not be interested in a state that has a track record for losing residents. But maybe the commerce company will be feeling charitable.

Current Seattle employees will have the option to either stay in rainy Seattle or come enjoy the unpredictable weathers of Chicago.