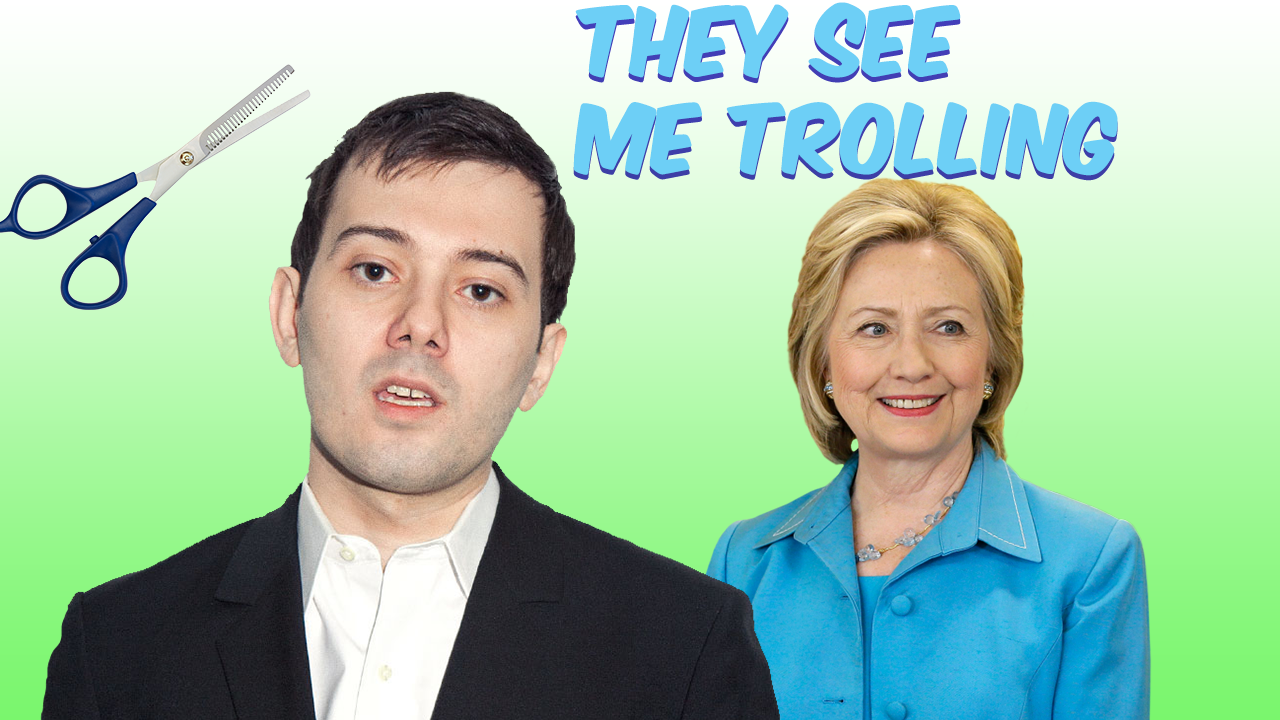 Martin Shkreli is a troll. There’s no denying it. He’s earned his reputation as a heartless clod by hiking up drug prices for HIV patients and bidding off an incredibly rare Wu-Tang album for $1 million. Also, you know, harassing female journalists. He also said Lil Wayne is the best rapper alive, which, just stop.

But his shitposting ways stooped to a whole new level of weird this week. Shkreli, 34, promised $5 grand to anyone that can bring him strains of Hillary Clinton’s hair as she begins her new book tour.

According to the New York Times, Shkreli’s post set off a Secret Service investigation and a proposal was sent to the judge overseeing the case requesting to revoke Shrkreli’s bail. The now deleted post from September 4 read, “The Clinton Foundation is willing to KILL to protect its secrets. So on HRC’s book tour, try to grab a hair from her… Will pay $5,000 per hair obtained.”

Shkreli is no fan of Clinton and he also called his post “satire”. But prosecutors don’t care if the Pharma Bro is joking or not. They are concerned some of Shkreli’s followers will take the bounty seriously.

Shkreli is currently awaiting sentencing after being found guilty for defrauding two hedge fund investors. He is currently free to troll on a $5 million bail. Good thing Shkreli apparently isn’t afraid of the feds. Maybe 20 years behind bars will change his mind?