Is Apple’s New iPhone 8 Just More of the Same?

Is Apple’s New iPhone 8 Just More of the Same? 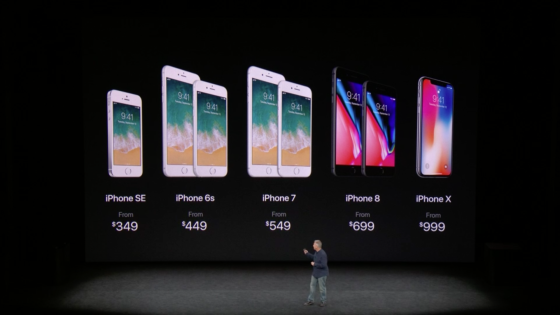 An augmented reality camera! Wireless charging! Animated emojis! Is this what you wanted in your new generation of iPhones? No? Yeah? People are split down the middle about it.

Here’s what we’re getting:

-A 12-megapixel rear camera optimized for augmented reality. Instead of two cameras built in side-by-side, they’re now positioned on top of each other. This makes the phone more suitable for AR programs. For those who will actually use AR, this is the phone for you. For those who won’t actually use AR, then take comfort in knowing there probably won’t be a ton of AR apps that are worth a damn. Apple is behind on AR anyway.

-64gb and 256gb storage options available. No need to delete apps you never use – now you can hoard them alongside those clothes you never wear but swear you will someday.

-Wireless charging is now supported. Android has been doing this for a long time, but please continue to celebrate this upgrade as if Apple had invented it itself.

-New 3D sensor. As of right now, it seems the 3D sensor is mostly used for facial recognition and photography. Fingerprints that are genetically sculpted to be unique to every human being aren’t secure enough, clearly.

More information on the Apple event itself, including the iPhone X, Apple TV 4K, and Apple Watch Series 3 will be coming your way soon here at Technori. Happy tech-ing.