How To Craft The World’s Greatest Elevator Pitch

How To Craft The World’s Greatest Elevator Pitch 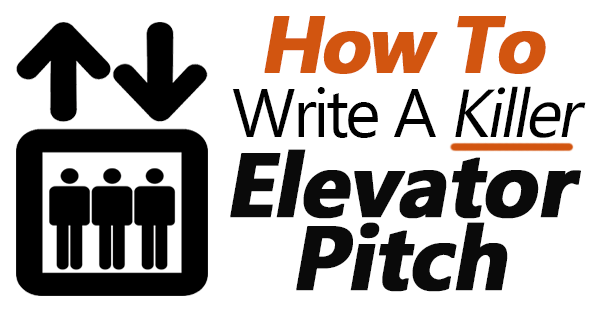 If there’s one thing I can do better than anyone, it’s sell something. I can sell you anything. In fact, just to prove that I can sell anything, a couple of years ago I got bored and sold empty plastic bags of “fresh Adirondack air” for $5.

Of course, the big joke about sales, and the secret to crafting and delivering the world’s greatest elevator pitch, is that anyone can do it. There’s no secret to it.

Don’t worry. I’m going to tell you all you need to know to craft a pitch that’ll serve you well for the rest of your life. And I’m going to do it for free, too. You don’t need an advanced degree from Harvard in order to craft the world’s greatest elevator pitch. You don’t need to be familiar with the works of Sun Tzu. And you don’t have to bother with any of the BS social media marketing tactics out there . You just need this blog post.

So, how do you craft the world’s greatest elevator pitch?

Easy: Compare what you’re selling to something the person you’re talking to understands.

That’s it! That’s all there is to it.

See how this works? It’s a very simple formula. It’s “X meets Y”! And given that you generally have ninety-seconds or less to hold someone’s attention these days, using these familiar items as a frame of reference is incredibly powerful. Try it out after you’re done reading this article. Once you get into a habit of using the Hollywood Shorthand, you’ll have the easy part down in crafting your pitch.

Now here’s the hard part, and where everybody messes up when it comes to sales: Once you have the Hollywood Shorthand down, you’ll be able to better craft your pitch in a memorable way. The tricky part is answering the one question everyone thinks when they’re hearing your pitch: “What’s in it for me?”

I can’t give you advice on how to answer that question. Nobody can, which is actually how the social media marketers and content marketing gurus make all their money. People want answers to questions that have none. So they’ll turn to people offering answers, even though those answers often don’t hold up.

The only answer here, and the one that matters, is going to come from you. Nobody else. Once you have the answer to that question, you can then use the Hollywood Shorthand to couch that answer in a way that’s memorable and will stick with them.

It takes time, patience, and practice. This is all you need to know to craft and deliver the world’s greatest elevator pitch. Now you can sell someone anything too—even plastic bags filled with air.