Drew Lydecker admits that his company, AVANT Communications, can’t be summed up easily. 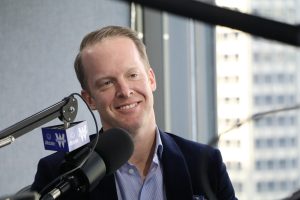 “What we are in a nutshell –– it’s not the easiest thing to explain,” the founder and president says. “We’re a platform. But we’re a sales enablement company at our core.”

The nine-year-old Chicago company (not to be confused with the also-local personal loan company Avant) is fundamentally a distributor of the three C’s of communications technology: cloud, colocation, and connectivity. “Everything that all your equipment here is plugged into,” says Drew, as we talk in the WGN studio on Navy Pier.

AVANT represents more than 1,500 data centers, 110 cloud computing companies, and 93 carriers globally. Its partners include massive telecom providers as well as a host of smaller companies that provide specialized security, data storage, and networking. Arguably, its specialty is cloud solutions: a raft of “as-a-service” technologies like IaaS, UCaaS, DRaaS, DaaS, and BaaS. “You could probably make one up. We represent it,” he jokes.

The platform is, as Drew explains, a way for experts –– particularly consultants who position themselves as Trusted Advisors –– to go for their own expertise, empowering them to make the best choices –– and the best deals.

AVANT is not only disruptive. It researches, curates, and promotes other disruptors. What drives Drew and his company forward? Here, he discusses three core principles that guide their work.

The speed of advancement in information technology is head-spinning. Keeping up to date on, much less assessing, every new product or service is too much for even the biggest companies (or consulting firms) to do alone. Plus, every customer is unique.

“We study the ins and the outs of every bit of that technology,” Drew says. “All the carrier services, the data centers, the cloud market. We have a massive team of engineers.”

Because the landscape is constantly evolving, AVANT partners with new vendors all the time. One of the latest additions to the AVANT Communications portfolio is Chicago’s own Trustwave, a cloud platform for automated, efficient, and cost-effective threat, vulnerability,8 and compliance management. Three million companies worldwide use Trustwave’s platform. 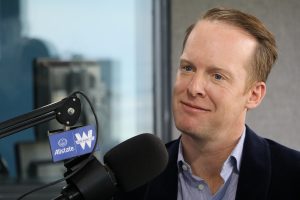 AVANT is also emerging as a leader in another red-hot space: the SD-WAN market. The technology –– software-defined networking in a wide area network –– is a way to optimize digital traffic by automatically determining the best route to and from branch offices and data center sites. It’s incredibly versatile, too. It allows small companies to use cheaper internet connections, and large enterprises with worldwide locations can manage network connectivity more efficiently.

Rapid change has a way of leaving chaos, or at least confusion, in its wake. Enter the Trusted Advisor.

The term itself is loosely defined. Though it was coined by Dale Carnegie, it was popularized for our era by business consultants David Maister, Charles Green, and Robert Galford in their 2001 book of the same name. They devised a trust “formula” based on credibility, reliability, intimacy, and working transparently in the client’s best interest. In the age of disruption, that kind of trust is relevant, and in demand, than ever.

Drew sees AVANT as a path to Trusted Advisor status.

“Our sales enablement allows companies, whether you’re CDW or a standalone consultant, to get into that game, monetize it, and be that Trusted Advisor to help navigate the confusion that every customer has around next-gen technology,” he says.

Perhaps the most compelling solution AVANT offers is BattleApp, a suite of interactive digital sales tools that can be customized to each partners unique needs, including their own branding and intellectual property. Users can sort and filter through providers to quickly find the best options for each client, and access content like case studies and sales document templates. AVANT calls it “your customer-facing sales weapon.”

Drew sees BattleApp as a way to stand out in a hyper-competitive environment. “It differentiates you when you get a seat at the table,” he says. “The Trusted Advisor is an exploding market. We’re the platform for that. We give you the tools and the technology. We train you.”

A solo consultant, says Drew, can take advantage of AVANT’s platform to exponentially increase their expertise. “A one-man shop can be as powerful as Accenture,” he says.

This is a trend he identified early in his career, and it ties into AVANT’s origin story. Like many local tech leaders, Drew and his founding partner, CEO Ian Kieninger, got their start at local IT solutions stalwart CDW, where they were part of a specialized telecommunications team.  “We helped navigate the waters of carrier services for our clients, and while we were there, we saw this massive gap in distribution,” he says. “There was nobody taking advantage of these laser-focused, small firms. Nobody was studying them, nobody was enabling them.”

Drew saw a gap, as well, in the area of sales enablement. There wasn’t technology for it yet. Salespeople needed tools, training, resources, and to be able to differentiate themselves in the market. “It was that ‘aha moment’ that every good entrepreneur has,”  he says. “We could disrupt something and create something that didn’t exist. And thus, AVANT.”

Today, the company is rapidly expanding its user base. Drew notes that they’ve had about 600 new individual partners in the last two years, not counting the big-business corporations in its portfolio. “I think that what’s so exciting about the time that we live in right now is that you can be anything and anyone in any company,” he says. “You don’t have to work for IBM. You can be on your own. It’s an explosion of entrepreneurs in our ecosystem.”