“It’s crazy. It just works,” says Zak Dabbas of the “flat” organizational structure behind his digital marketing agency, Punchkick Interactive. “Flat just means that everybody has the same opportunity to grow.”

For Zak, flat isn’t just a buzzword. It’s a reflection of his personal journey.

Zak was pre-med in college, intending to follow in his father’s footsteps and become a physician. But life had other plans. 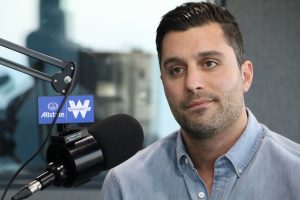 “My last year, I got testicular cancer. I went through chemo, all of it,” he says. It was a nightmare. I had this moment where I was like, I don’t want to be in hospitals for the rest of my life. That’s not my passion.”

So Zak did what he thought was the next best thing: law school.

While getting his JD, Zak and his now-business-partner began building digital projects on the side, for “weekend money,” he says. Soon, he realized that his side hustle was what really lit him up. “I thought, this is the only thing I like,” Zak says. “The only thing I’m excited about is the digital work we do.”

“So in the middle of law school, we got a website up, got some spec projects on it, and I started firing off new business emails. By the time I graduated, we had landed two Fortune-level clients. I walked into the law firm where I was working at the time and said, ‘smell you later. I’m outta here.’ And I never looked back.”

Zak’s roundabout path to creative agency CEO has given him a unique perspective on leadership.

“Because I had been beaten and battered by all these other industries I was in previously –– especially in law –– when I started Punchkick, I wanted it to be a safe place,” he says. “The philosophy behind it was always flat. I hired people that I really liked, respected, and admired, who I would want to work with. Because, I have one life to live. I’m going to enjoy this.” 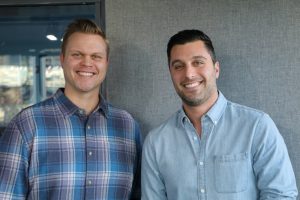 Zak sees the culture of Punchkick as its key differentiator in the vast digital marketing landscape. The team of about 40 is run without managers or other traditional hierarchical roles. New employees choose their own title, based on their skill set and experience. Company financials and client health project statuses are completely transparent. Daily morning huddles create a close-knit atmosphere. An agile workflow keeps things humming along.

“This company has grown to become almost like a group of mini-CEOs,” Zak says.

“It’s unbelievable –– the initiatives that happen internally and organically. What our clients hopefully find is that the team is so dedicated and intelligent. It’s really nice to have a company where everybody can deliver so much value.”

Flat organization isn’t the only thing that sets Punchkick apart. The agency stands out with a user-oriented approach. “The processes we have are really solid. We’ve been around. We know what we’re doing. But we’re not trusting of ourselves. We trust the audience. So we don’t build projects or products without actually doing user research and testing, and really hearing that it’s a winning product.” 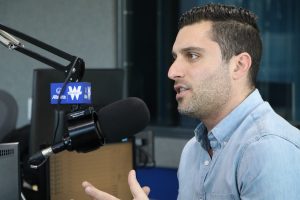 To date, Punchkick’s clients include Harley-Davidson, Walmart, Microsoft, Allstate, and Intuit. One of Zak’s favorite projects is their design and development of Marriott’s flagship e-commerce app.

I have conversations with companies looking for tech talent all day, every day. Take note: if you don’t follow Zak’s lead and foster an environment where people get to work together as a unit, you’re going to have a very hard time hiring and keeping the best people. Siloing is not just a culture issue; it’s boxing yourself in. Zak agrees: “the quality of work suffers,” he says.

How does Punchkick keep everyone accountable without management? Transparency.

“I don’t hide anything,” Zak says. “And I feel like it just results in people I can really trust. Because there’s so much transparency, people don’t want to let down their peers.”