Bootstrapping and Branding in the Era of Amazon’s Endless Shelf

Bootstrapping and Branding in the Era of Amazon’s Endless Shelf

Selling on Amazon has some clear advantages: huge, thriving global market, low marketing costs, no need to store inventory. About half the products on the site are sold by third-party vendors.

“It’s created this new wave of brands being able to come to market that aren’t required to go through traditional brick-and-mortar opportunities,” says Jeff Cohen, the Chief Marketing Officer of Seller Labs, a suite of SaaS tools for Amazon Marketplace sellers. 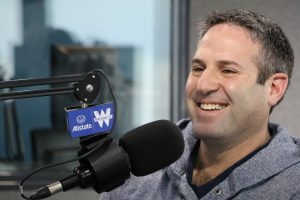 But as the platform grows exponentially, it’s never been more competitive. Promoting your business, encouraging user feedback and reviews, and launching the best new products can be tricky.

Cohen is an eCommerce veteran who founded Textbooks.com in 2007. He spent more than seven years at Campusbooks.com before joining Seller Labs in 2014. This year, he was named CMO. Cohen, along with the company’s new CEO Hank Harris, is ready to take Seller Labs to the next level. The company was already named #148 on Inc’s 2018 list of the 500 fastest growing companies.

Here’s an excerpt of our conversation about funding, building a brand, and leveraging the power of Amazon.

Scott Kitun: Seller Labs is a company that has bootstrapped its way to this point. I think many people are less familiar with companies that are in the bootstrap style. We should be talking to more companies who fund themselves, not just the ones that are like trading cards passed around the VC community.

Venture capital and media people have a vested interest in promoting the companies they’re putting their money in. I’m trying really hard to change that narrative, creating nontraditional options for folks like you to to get in on that conversation.

Jeff Cohen: Yeah. One of the things that people don’t understand if they haven’t bootstrapped is the value of it: you retain your equity. So when you do go to raise money, you have a longer track record. You have more experience, you have more numbers that are going to get you––

Scott: ––that should, should lead to value, like to more favorable positions for you, the founder.

But if we want to grow faster, then we do need money. So now we’re looking to bring investors in under that context, instead of asking for money while hoping to eventually prove that your business will mean something. That’s when you have to give a much bigger piece of your equity away to convince somebody to invest in you.

Jeff: You can also look at what type of investor you want. It moves us to a power position when we say we’re interviewing them as much as they’re interviewing us. That’s a different position than when you’re trying to pitch an idea and get someone to fund it so you can prove a concept.

We know that our concept works. So if anyone calls us for funding, we know exactly what we do and do not want and we can have a very frank conversation with them right away. And if it doesn’t work, we both go our own ways and we don’t waste our time.

Scott: I feel like that’s a terminology shift. We have a fiduciary responsibility to try to return their investment, but they’re partners. They’re putting money in, but there’s an expectation of what they’re going to do in exchange.

Jeff: Right. As we say, you’ve got to be something more than money to the table. We need somebody who can bring a deal, a partner company, or something else. Because the money’s out there. If we just wanted to raise money, we could have years ago.

We’re looking for the right person or organization to connect with us. If an investor says they want a seat on the board, we’ll talk to you about that. But if they want us move to Boston because that’s where their office is, we know that we’re not going to do it. We have 52 employees. There are the things we know we’re not going to do.

Scott: Amazon’s competitive advantage is that it isn’t solely responsible for all of the work. These thousands of third party sellers … they’re the new modern small business.

Jeff: Not only that –– they’re also the new emerging brands. Some gigantic brands we hear of today who were born out of the Amazon ecosystem: Rx bar, Bai energy drink. A company called Death Wish coffee went on to have a Super Bowl ad through an Intuit business contest. That was driven by the relationship they’ve built with their customers through selling on Amazon.

Scott: Amazon is also a platform for influencers. There’s a company that just launched called Art of Sport –– it’s deodorant and soap, basically Axe version 2.0. A bunch of athletes got together –– Kobe Bryant, James Harden, Javy Baez –– they invested in it and promote the product on Instagram, which is sold and distributed on Amazon. There’s this ability now for non-business people to create a great brand around whatever it is they love.

Jeff: What happens on Amazon is you find a new brand, like Death Wish coffee, you start reading the reviews and you start to identify with them: I really like bold coffee. I want something that lives on the edge. That’s my personality. So then you buy it, you try it, and you start posting in other places about it.

Four years ago when I was in a conference with its CEO, Mike. They were doing around a million dollars. He was buying his second roaster, trying to figure out how to get out of his basement and into a warehouse.

Now, all of a sudden, Death Wish has 400,000 influencers on Instagram. Business has just exploded through the community and the platform Amazon provides. We see this over and over again with different brands who choose it as their growth platform.

Brands in the Age of the Endless Shelf

Jeff: Established brands are realizing that their market share is being taken away. For example, there are 5,000 dog brushes being sold on Amazon. Someone who used to own the market share of dog brushes at Target are losing sales because e-commerce sales are growing. I think it’s going to be by 13, almost 14 percent this year. That’s where people are shopping.

It’s not a brandless society that we’ve moved to. It’s still branded. It’s just that the big power brands don’t hold all the power anymore. They don’t have the shelf power online because Amazon has an endless shelf.

Scott: I think that we are very brand loyal, still. Whenever I see a Dyson anything, I want to buy it. I don’t know why, but I do. But we have gotten away from being location loyal. I don’t care what mall, what store, who ships. As long as the shit ships free and gets here. But I do want my product and that’s where Amazon comes in.

Jeff: If you were at a friend’s house and they had one of those automatic vacuum cleaners and said it’s the best thing since sliced bread––

Scott: This happened. We ended up getting a Shark.

Scott: We got that, too. And the Air Fryer.

Jeff: Those were internet sensations because people were reading posts –– you have to get this thing. Amazon has made that happen, and we try to help navigate people through that world.

Scott: People like me, who have influence in some categories, are actually able to not monetize this, but track it and build upon it and turn my brand into an actual business. I think that’s what is really cool about what you guys do.