Improve Your Sales: How to Lead With Transparency and Vulnerability to Win Customers’ Trust

Improve Your Sales: How to Lead With Transparency and Vulnerability to Win Customers’ Trust

“Our brains are wired to resist being influenced,” says Todd Caponi, author of the new book The Transparency Sale. “You walk into a room as a salesperson, even if you’re charming and engaging, the customer is thinking, ‘all right, when’s Johnny Salesperson coming out?’”

Salespeople, too, tend to think this way, Todd says. “B2B sellers and even entrepreneurs get this feeling that they have to go put on gold chains and a plaid coat and be Johnny Sales Guy.”

When did sales take on such a negative connotation? Like it or not, it’s a necessary part of business.

Even among those who know there’s a machine behind the salesperson, driving them into your inbox nonstop, salespeople have become kind of evil, or at least an annoyance. But in the process, we’ve lost a valuable thing –– the art of a good sale. 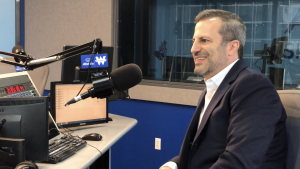 Todd’s spent years perfecting exactly that. He’s a sales veteran who helped lead ExactTarget to its IPO and $2.5 billion acquisition by Salesforce. Most recently, he served as the Chief Revenue Officer of Chicago’s PowerReviews, a platform used by Jet.com, Crocs, and iRobot, to name a few.

The key to selling, Todd says, is to recognize that customers can smell BS a mile away. Here are a few reasons why transparency works, and how you can put Todd’s concepts to work to break those gold chains and close the next deal.

In e-commerce, customer reviews are gold. But a flawless rating isn’t, says Todd.

“We found that over 90 percent of people look at a review before they make a purchase decision, and over 80 percent look for a negative review,” he says. “I had this revelation as it relates to the way that people interact with reviews and how that relates to how people sell. 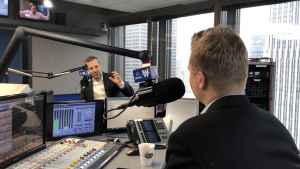 For Todd, that means connecting with customers in a way that builds trust. “If we start leading with our flaws and vulnerabilities, sales cycle speed up,” he says. “When rates go up, we qualify deals faster and our competitors have a really hard time competing against us.”

Todd cites IKEA as an example: “When you go there, you know what you’re in for. You’re going to find the products yourself. You’re going to go down to the warehouse, load it onto a cart, jam it into your car, Tetris-style, drive home with a couple of injuries. Then you’re going to f-bomb your way through assembling this thing.”

Yet IKEA has been the number one furniture retailer in the world for eight years in a row. “We know what we’re getting and they don’t hide it,” says Todd. 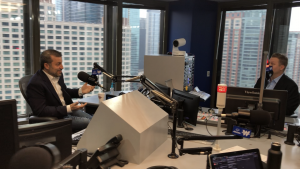 Increased transparency can change the way we perceive the sales profession, and even how the field views itself. When you don’t have to don the plaid coat and a slick, wheeling-dealing persona, “you end up building the reputation of sales instead of eroding it,” says Todd.

“When I was at PowerReviews, we were competing with a company in the same space that had some pieces of technology that were not anywhere on our roadmap, not anything that we did,” says Todd. “But some of our clients in the apparel space really liked them.

I went into Calvin Klein, and met with their SVP of E-commerce, who’s very New York in the best way possible. It was like, no BS. He asked, ‘how are you guys better than them?’

And instead of trying to convince him we were, I said, ‘can we start with why they’re better than us? If those things are super important, I’m going to save us all a lot of time.’

I talked about this thing that they had built, but explained why we weren’t going to do it, so we could be really good at our core.”

Clients appreciate this. When you’re not hiding your competitors’ strengths, you may be vulnerable, but you’re being honest –– again, upending assumptions about slimy salespeople. 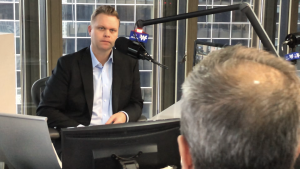 “I wrote the book in a way that is fun, engaging and full of tactics that people can apply to every stage of the sales process,” says Todd. “How do we optimize what we know about the brain to make the fastest, best sales?”

The Transparency Sale leads with the latest cognitive science on decision making, diving into the complex and sometimes counterintuitive ways humans approach it.

“Hopefully, for people that are reading it, it’s breaking down the feeling that they need to be perfect,” Todd says. “I take people through every stage of the sales process: positioning, presenting, negotiating.”

“We’ve taught salespeople to negotiate as though they’re in a Texas hold’em tournament,” says Todd. “But when there’s transparency and feedback everywhere, I know what other companies are paying for your stuff. This is why I teach something called transparent negotiating, which is just playing your cards face up.

“In the tech world, if you’re doing a SaaS deal, almost everyone’s pricing is based on how much you buy, how fast you pay, how long you commit, and how fast you sign. So you lay those cards on the table.”

You’ll seal deals quicker this way instead of hiding your tell, Todd says. It’s a win-win.

What’s the one takeaway Todd wants his readers to remember from The Transparency Sale?

“It’s this concept of, as Tyra Banks would call it, being flawsome,” he says. “That’s her word. But it’s about leading with your flaws and positioning your products and solutions as though you’re a 4.2 to a 4.5, because when you’re acting as though you’re perfect, you’re pushing people away.”