“I wasn’t the sort of little girl who thought about her wedding her whole life,” says Nicole Staple, co-founder of Brideside. “But I thought the business was super interesting, because there was a wide open space for a new, digital player to come in and really disrupt this sort of stodgy, old school industry.”

Their model? Make the bride a heroine to her friends by providing an easy, elegant way to shop for bridesmaids’ dresses. Brideside offers a curated collection of dresses that women want to wear, inclusive size options, and options to try them on at home or in one of three showrooms (Chicago, New York, and Charlotte, NC, with more to come). 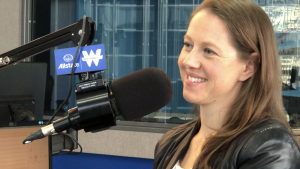 They plan to add wedding gowns to their offerings within the next 18 months.

It’s a smart and timely play, considering that David’s Bridal, the largest wedding retailer in the US, recently filed for Chapter 11 bankruptcy. Why are they failing, and how can companies like Brideside win over a new generation of women? I sat down with Nicole to find out.

The wedding-industrial complex is dead

The inspiration for Brideside came from co-founder Sonali Lamba’s own experience as a busy Millennial bride.

“She had 14 bridesmaids at her wedding, and I think she claims she’s still friends with nine of them,” Nicole laughs. “It didn’t go as smoothly as she had expected and what she uncovered in the process was that the wedding industry is very much stuck in the past.”

The two founders met on their first day as MBA students at Northwestern’s Kellogg School of Business (go Cats!) and became fast friends. Sonali had married the previous year and was full of ideas about how to disrupt the $100 billion wedding industry. 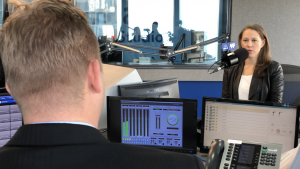 “We became fascinated by bridal retail,” says Nicole. “This was a space that had only one player, David’s Bridal, which had been the dominant player for over 30 years. The rest of the market was completely fragmented, mostly mom and pop boutiques.”

When the pair launched Brideside straight out of grad school in 2012, they recognized that they didn’t need to reinvent any wheels, Nicole says. “When I think about traditional market disruption, I think of Warby Parker, a lower-cost product coming in and starting to chip away at the incumbent, Luxotica. Or the other way around –– Tesla, a premium product coming into the market and then going downmarket later to disrupt the incumbent.

“This was not like that. This was the disruption of customer experience ––  an incumbent not being able to innovate quickly enough to meet the customer where she was.”

“To be a big brand at scale, you need to cater to lots of different preferences. And people’s preferences are becoming more defined as they use more discovery tools online,” Nicole says. “David’s Bridal has brick-and-mortar boutiques with sort of average sales associates who ask brides what they want for the first time, and then try to upsell her every step of the way.

“Well, think about a scenario where the boutique already knows her vision and her exact budget range,” she says. 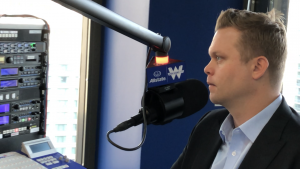 Using that information, Brideside creates a highly curated, personalized experience — a breath of fresh air for the brides. For the seller, it’s a highly efficient sales tool.

“Now, that boutique is converting customers at a much, much higher rate. That space that you’ve created for the customer becomes that much more valuable.”

How does Brideside make it happen? First, they start with the bride herself. “That’s a big part of our experience,” says Nicole. Acquiring brides-to-be as customers isn’t cheap, she says, but it’s effective.

“We’ve really high rates of converting a bride to a paying customer once we do reach out to her. She fills out a style survey. We get 20 data inputs into our system before we even talk to her. So by the time she’s engaging with our e-commerce experience or she’s receiving a custom style board or making an appointment in our showroom, we have pretty deep knowledge of her.”

Brideside has a new customer. What happens next?

“If she’s near a showroom, she may come into that showroom with her friends for an hour-long appointment,” says Nicole. “They walk out with a good idea of what they want to buy online later. If she doesn’t live near a showroom, a stylist can curate try-at-home boxes for the bridal party, or send free swatches.”

Apart from these personalized touches making the bride feel heard, “she and her friends can go from 600 potential products to the three that work best for everyone, solving that paradox of choice,” Nicole says. “Getting them to the right answers quickly has been a big part of succeeding in this category.”

“Maybe it was just the old experience that everyone hated,” Nicole says. “What if you could buy a dress you love, that you look nice in, and you could have champagne with your friends? You could actually create moments to remember. Maybe it’s not going to be so crappy after all.”

Nicole says starting with bridesmaid dresses is a recipe for repeat customers. If they’d focused on brides at first, the result would have been “one and done.,” she says. “But if we work with five or six women at a time, we create this repeat viral loop.”

The company’s high-touch, customer-service focused approach breeds brand loyalty. At least one to two bridesmaids or brides from each party Brideside serves comes back to use their services with another bridal party, says Nicole. “We flipped the David’s Bridal approach, which was gown first, on its head.”

Nicole and Sonali are preparing for Brideside’s next big move: bridal gowns. “That’s going to be very interesting, because we have built this reputation for being the gold standard in service and experience, providing a high-quality product at a good price,” Nicole says.

“For now, it’s definitely a market-grab moment for us,” Nicole says. “We want to create the next generation, billion dollar brand.”