Like many successful startups, this one began with a problem that needed solving.

“Three years ago, I adopted my puppy, Patrick,” says John Dillon, founder and CEO of GuardianVets. “My guy’s a boxer-bloodhound mix. Boxers are super energetic, and bloodhounds are super stubborn.”

Although he’s adorable, Patrick’s particular combo of puppy traits led to near-disaster, John says –– several times. “One weekend, we were running around outside and he slipped on the ice. He cut the underside of his belly, and he was crying in pain. Another time, he was chewing on a pig’s ear, got it down to a certain size and just swallowed it whole.” 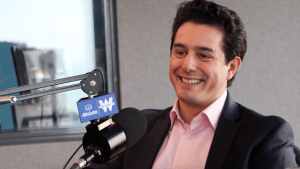 John tried not to panic. But he had questions: could he put Neosporin on the cut? Would Patrick just poop out the pig’s ear?

Because these canine catastrophes happened on evenings and weekends, John got voicemail when he called his vet: “Sorry, we’re closed. Leave a message or go to the emergency room.”

It was a catch-22: helplessly wait until Monday, or hightail it to the ER?

“At the time,” John says, “I was looking at my bank account thinking, can I afford an ER visit? Is this necessary?”

If you have a furry family member, it’s likely you relate to John’s story.

“As a pet owner, you’re not medically trained. And your pet doesn’t talk,” he says. “Biologically, it’s predisposed to not show you pain, so you have a really hard time interpreting what’s going on.

With a background in project finance, specifically in the transport sector, John knew there had to be a way to number-crunch the problem.

“I thought, there’s got to be a better solution for pet owners with concerns after hours,” he says. “How can we engineer a solution that allows better access to care?” 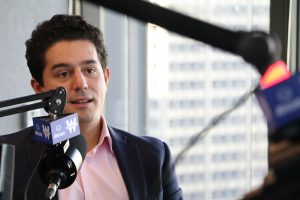 A monthly subscription for vets

The answer is part triage, part answering service. In 2017, John launched GuardianVets, a B2B platform that allows pet owners access to consultation after hours through their own vet’s office –– for free.

“As a pet owner, you call your own vet’s office, and our team of doctors and nurses answer,” he says. “If it’s really an emergency, we’ll send you straight to the ER. But if it’s not, we’ll help you schedule an appointment with your practice on the next business day.

“The whole process is seamless. We operate behind the scenes on behalf of veterinary practices and enable them to offer continuous care to their own clients.”

The business model works because the practices pay a subscription fee. It’s a win-win: pet owners can talk to a certified veterinarian or vet tech, who can advise from experience. Practices can differentiate themselves through above-and-beyond service while increasing appointments (thus, revenues) and client retention.

GuardianVets might not be a disruptor, but it’s definitely a pioneer. In fact, the company just won a 2018 Chicago Innovation Award in the “up-and-comer” category. 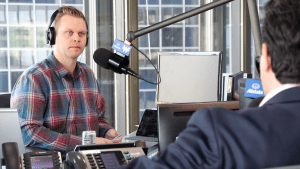 Since launch, GuardianVets has grown from landing its first client, Barrington Animal Hospital, to partner with more than 100 hospitals in 32 states, reaching over 600,000 pet owners. The platform even got a seal of approval from the American Animal Hospital Association as its exclusive after-hours triage service provider.

Now, John reports, “we’re about to be backed by a large corporation in the pet space, which is an honor for us. It’s going to open up a lot of distribution channels.”

Besides scaling faster than a kitten climbs a Christmas tree, what’s next for the company?

“Right now we’re redeveloping our technology, expanding beyond phones to chat and video,” John says. “We’re building an omnichannel solution that can integrate seamlessly into a practice, where we can pull up your pet’s medical records in real time.”

From finance to furry friends

John says his background taught him the importance of financial modeling and due diligence, along with the ability to tolerate risk.

“But there’s also an element of grit,” he says.

“Even if you don’t know much about an industry, you just have to kind of grind it out. Fortunately, I was used to ridiculous work hours, which translated well into entrepreneurship. And if you’re naive about some things, that’s a benefit. If you know how difficult it’s going to be, you probably won’t do it.”

Day-to-day, being “fanatical about metrics” is central to success: how many seconds it takes to pick up a call, what vets are doing with analytics and how they’re marketing to clients etc. “It’s about really intense communication with your team,” John says, “to identify the breakdowns and quickly add new resources.” 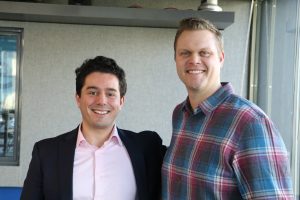 Though he tends to obsess over the details, he admits that he’s learned to let go sometimes. ”Bringing in the right resources –– people who are better than you at certain things –– can help take the load off,” he says. “So you can focus on your core competencies.”

Essentially, John built his company by taking a unit economics approach: find a solution, then master how it’s delivered, unit by unit.

“I think my background building infrastructure definitely helped. Whether it’s transportation or technology or the service arena, it’s the same thing, he says. “They’re systems, built brick by brick.

“Sometimes you don’t know exactly where life’s taking you, but then you look back, see everything that happened in the past, and see a new path lining up.”