“The pitch is ‘reinvent yourself or die’,” says JC Grubbs, founder and CEO of digital product studio Tandem, formerly known as DevMynd. “When we first started, we were really focused on startups –– how they can be very nimble, quickly identifying a new market and pivoting without the weight of a large organization.”

With offices in Chicago and San Francisco, Tandem works with partners from a wide array of industries, including logistics, consumer retail, telecommunications, and government. “We bring the startup mentality into large enterprise environments,” JC says. “Companies are looking in their rearview mirror, seeing startups and smaller incumbents creep up on them.” 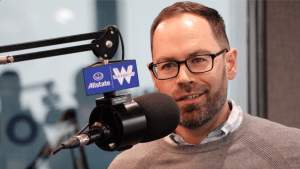 JC founded his company in 2011 with the objective of matching talented software engineers with challenging business problems. But it wasn’t long before the scope of DevMynd, as well as its name, didn’t quite match what it offered to clients.

The company renamed itself Tandem last December after a long evolution from dev shop to thought leader. It was a smart, successful move –– but rebranding is tricky.

What does this kind of transformation look like in practice? Here are JC’s three lessons on reinventing a company to reflect its growth.

“We were doing great work , but I came to realize that something was missing,” he writes on the company’s blog. “Our team had coalesced around the fiddly bits of programming detail that excite engineers … What we needed was to find our mission.”

This realization led to a good deal of introspection, says JC. “I started digging into the business value of design thinking. What are larger corporations struggling with in the innovation space?”

With this in “mynd,” he began building new teams –– design, product management, managed services. As the company left behind hands-on-keys implementation to focus on innovation, JC knew DevMynd wasn’t a good fit. 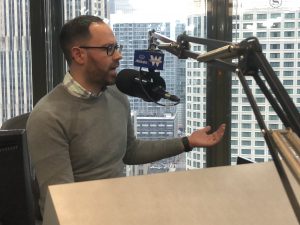 “We did a ton of internal brainstorming on a new name,” he says. “I had written “Tandem” on a Post-it, at the very beginning of the process. I didn’t put it on the whiteboard because I assumed there were a thousand different companies that use this word. We’re not going to get a good domain name, et cetera, so I dismissed it.”

Months later, still nameless, the team was back at the whiteboard, and JC remembered the Post-it: “I said, what the hell? I put it up there, and immediately everybody on the team was like, ‘that’s it, that’s the name.’”

Even though there are other companies called Tandem, the team decided to prioritize meaning over exclusivity. “As a word, it describes how we operate much better. We are co-creative with our customers. We’re embedded with them very closely,” says JC.

The response from clients confirmed it. “Every single one of them said, ‘It’s a dramatically better name. It speaks to the way that you’ve been working with us.’”

“When we started, we really bootstrapped the business,” says JC, a veteran software engineer with 20 years experience. “The company I was with at the time was being acquired by Groupon. I didn’t really have interest in selling discounted spa services. So I decided to launch out.”

That launch was more of a slow roll than a leap, however. “I’m not going to eat ramen,” JC says of his mindset. “I had to make the same money, salary-wise, and until I could do that, I wasn’t quitting my full-time job.”

He began billing DevMynd’s first client before it officially launched. “It was a very smooth transition,” he says. “My co-founder and I were able to serve the work ourselves, which is the beauty of a professional services organization –– it’s easy to get off the ground.

“Not so easy to scale, though. Being able to pay employees –– that was the challenging part.” 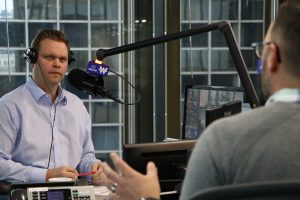 Challenges aside, JC bypassed the merry-go-funding-rounds in which investors expect immediate returns, as well as control over the business itself.

“We grew organically with no capital for the first four years,” JC says. “That’s when we were approached by Motorola Solutions. They were transitioning from hardware to software and services, looking for a partner that worked the way we did.”

After nearly a year “batting the idea around and vetting it,” says JC, DevMynd partnered with Motorola, which in turn provided growth capital for the company.

Motorola’s capital helped grow DevMynd, and soon it could take on more clients in the sectors that it wanted to prioritize: health, education, safety, sustainability, and nourishment.

“One of my goals is to work in really meaningful areas that impact people,” JC says. “There’s nothing more impactful than life-saving technology.”

The benefit of knowing who you are as a company –– mission, name and all –– is that the right (and wrong) partners are easy to spot. “Oftentimes we’re moving onto the next opportunity because they’re just not at the point in their life cycle, the part of the curve where they’re ready for us just yet.”

Wrong-fit clients are a waste of time, JC says: “Saying ‘no’ to the wrong customer is one of the biggest lessons you’ve got to learn.” Once you know your core offerings, it’s about recognizing when a customer “gets what we do,” he says. “They’re willing to make the changes necessary to support what we build for them.”

My two cents: If you have to sell a client too hard on what you’re offering,ultimately that company probably just doesn’t believe in what you believe in.

“That is exactly the mentality we have when we vet a customer,” JC says. “Do they believe the same things we do? That kind of buy-in is golden.”