“We literally had somebody tell us that after she paid off her loans, she was going to Walt Disney World,” says Peanut Butter founder and CEO David Aronson. “That’s how excited people get.”

It’s understandable: American college grads, and Millennials in particular, are up to their eyeballs in student debt –– on average, each of us owe more than $30,000. It adds up to $1.4 trillion overall. So it makes sense that companies are adding student loan repayments to their benefits packages. 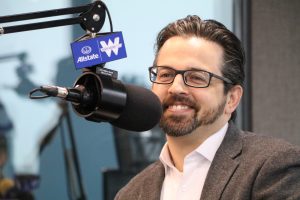 Chicago-based Peanut Butter is making it easier with a SaaS platform that streamlines company-sponsored student loan contributions. The pitch? Attract, retain and engage the best talent with a benefit that really “sticks.”

“Employers can affect the financial well-being of their workforce for years,” says David, a serial entrepreneur and Kellogg MBA. “Companies have helped with retirement, through pensions and 401(k) plans. But that’s not the only solution. People want to save for the long run, but they also want to pay off their debt.”

For a monthly fee, companies can deploy Peanut Butter to administer enrollment, loan verification, and payment arrangements. “The most common employer contribution is $50 a month,” David says, “which means the average person with student debt is going to get out from under their loans 20 percent faster with their company’s help than they would have on their own.” 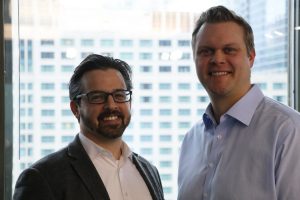 Meanwhile, employees get personalized guidance on money saving tactics, debt-reducing strategies, and refinancing options. “The solution that we deliver to employees is financial-wellness forward,” says David. “Many business leaders are only just starting to realize is how burdensome student debt has become, having outpaced disposable income by five times in the last 15 years.”

Peanut Butter helps everyone’s spreadsheet. Companies’ contributions to their employees’ loans are tax-deductible. Plus, David notes, “An employer’s $50 contribution might actually be paying off $62, because it’s saving you both principal and compounded future interest.

“Our client’s employees get emails every month that break it down and say something like, ‘you’re now eight days closer to paying off your student debt.’ It’s a consistent, positive and quantified reminder of why it’s great to work where you do.”

So why the name, Peanut Butter? It’s sticky, of course. It’s a classic tight-budget mealtime staple. But also, as David writes on his company’s blog, it represents partnership, a glue of sorts: “When companies offer Peanut Butter, it’s a gesture that says, ‘we’re in this together’.” 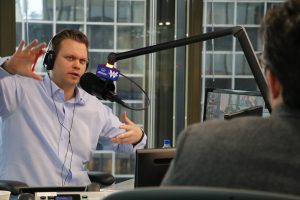 This stickiness can be quantified, David says. “Companies are seeing that when they help with student loans, employees are willing to stay as much as 36 percent longer,” They’re able to avoid her to further cost of lost productivity, rehiring, and retraining that come along with employee turnover. That’s the ROI right there.”

As student debt has ballooned, the unemployment rate among college graduates has fallen to 2 percent. As they compete for rockstar talent, employers seek to differentiate themselves with benefits that Millennials truly value (free food and caffeine is a given).

So it’s not surprising that, since its launch in 2015, the company’s reach has spread as easily as, well, peanut butter. “We’re serving employers across the country from as far east as Connecticut to as far west as Hawaii,” David says. Prominent partners include local innovators like Rise Interactive, Upright Law and Medix. Now, huge institutions are on board as well.

Last year, Peanut Butter partnered with AFLAC, the largest provider of supplemental insurance in the US. Just recently, it became available on the ADP Marketplace, a suite of HR and payroll apps that claims a whopping third of the nation’s market share. “It’s massive,” says David. “We’ve always been known for being simple and intuitive. HR departments brag about how easy it is to set up their Peanut Butter account and how this is the easiest benefit they’ve ever introduced. Now it’s even more simple with the full integration to ADP.”

Quoted in a Washington Post item about the rise of employer-contributed loan repayment, David reports that the number of Peanut Butter’s clients doubled in 2018 to 300. For them, he says, the trend is fundamentally about building affinity between companies and workers: “Employees are talking about what it means to work for a company that has the empathy to see their challenge and to help them along the way.”