“There were a million babies born to Millennials last year, and that number’s growing,” says Elizabeth Harz, CEO of Sittercity. (I happen to know this firsthand). “Digital natives are used to running everything from their phones and expect a data-centric, efficient, beautiful user experience to manage their whole lives.

“There’s also a sense of freedom. Previous generations kind of put themselves on a shelf after they had their kids. But Millennials think, ‘how do I live the the life I want, and incorporate my child into that?’” 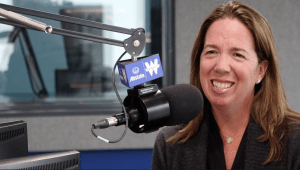 Long before “crowdsourcing,” “disruption” or even “online marketplace” were a part of everyday life, Sittercity has been changing the game in Chicago and beyond. And they’ve continued to innovate, rolling out on-demand “Uber for babysitting” app Chime in 2015.

The origin story of Sittercity is a classic bootstrapping tale: founder Genevieve Thiers saw a problem and solved it. While a student at Boston College, she saw a pregnant woman posting fliers around campus seeking a babysitter. As the oldest of seven children and a seasoned sitter herself, Genevieve recognized the need for a place where parents and caregivers could connect.

In 2001, fresh out of school and on the heels of the dot-com crash, she launched the business with zero funding. She hired college friends to build the site and papered campuses herself with 20,000 fliers to find an initial sitter pool. After Genevieve moved to Chicago to study opera performance at Northwestern (!), the business grew, attracted VC capital and eventually acquired competitor Sitters.com.

Genevieve stepped down as CEO in 2010, handing the reins to then-COO Martin Clifford before going on to serve on the board of 1871 and invest in female-owned startups like Brideside and Pixavo.

Taking the reigns and scaling up 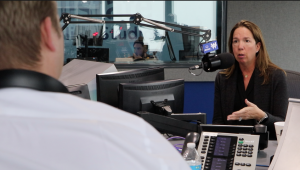 Fast forward to 2017, when Elizabeth was hired to lead Sittercity as it continues to scale, even as competitors like Care.com crowd the field.

“The company’s mission of ‘making childcare finally work’ was core to why everyone who works here joined, and certainly was core to why I came on board,” says Elizabeth, who is herself a mother of two.

“Leveraging technology to make it easier for parents to take care of their kids and sitters to find the work that they love –– all of that was rock solid and I didn’t want to disturb that at all, just build upon it,” she says.

“You don’t want to lose the passion of that founder-led startup, what makes the company great and its core values. But at the same time, we have global ambitions. You cannot scale significantly if you run things the same way.”

Elizabeth’s first hire was ex-Grubhub product director Sandra Dainora, who oversees product strategy for both Sittercity and Chime. Next, she recruited an analytics guru from SpotHero and a senior marketer from Shiftgig.

As a first-time CEO, Elizabeth was “extremely fortunate to have inherited really great people at Sittercity,” she says. “Then, being very pragmatic about all the marketplace experience that exists in Chicago, we brought in a lot of complementary talent from other organizations that had also scaled.” 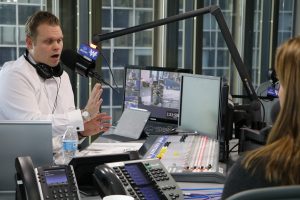 Elizabeth, a veteran of sales and marketing strategy for travel data startup ADARA, ed-tech company Chegg and video game developer Electronic Arts, believes that growing an organization requires both deep organizational expertise and “reverence for the founding principles” of the company, she says. “If it’s done right, it’s a recipe for success.”

That recipe, she says, is “a great mix of early startup DNA, but also folks who have scaled businesses and really recognize the need for a combination of great people, process, and execution.”

The company’s current priority is growing Chime, its spinoff app, which operates in New York/New Jersey, Washington DC, Chicago, and Boston. The service leverages the top-rated  Sittercity caregivers in each neighborhood, so parents can make last-minute plans and trust that their pick is fully vetted. Unlike the Sittercity marketplace, which charges a monthly subscription fee, Chime is a pay-per-use service.

Elizabeth is exactly the kind of hyper-busy parent who might use Chime. She lives in New Jersey with her husband and daughters, flying in to Chicago at least once a week. It’s a challenge, but she’s making it work.

“The team, from the executive suite all the way through to our customer success agents, is so passionate about our mission and the company’s success that geography has been less of an issue,” she says.

Elizabeth has been “blown away,” she says, by how the local business community shares and celebrates that success. “There is this overwhelming sense in Chicago that everybody’s in this together. I didn’t know people here. But doors opened immediately regardless. Sittercity was a hometown hero. The tech leaders, the money, they all want us to do well.”