Chicago-based ActiveCampaign is absolutely crushing it in the CRM, sales, and automated marketing space. But it didn’t come out of nowhere –– the company is a 13-year “overnight” success story.

When he started back in 2003, Jason VandeBoom was just trying to pay for college. For more than a decade, he and his small team built everything from scratch, growing slowly but steadily each year. By 2016, Silversmith Capital Partners invested $20 million in ActiveCampaign. Today, they service 60,000 small businesses and counting. 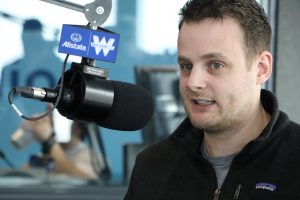 Now Technori is one as well. After trying a ton of other automated marketing solutions, we’re psyched to have found one that works. If you think it might work for yours as well, ActiveCampaign (the new sponsor of Startup Inbox) is offering our listeners their second month free (the first month is free for everybody).

It’s that kind of attitude that helps ActiveCampaign stand out in a flooded CRM marketplace. I sat down with Jason to find out more about how they’re winning over clients left and right.

Scott: CRMs are so difficult to manage. I’ve used both Salesforce and HubSpot. We use Splashthat for events. Every single one of them has come up woefully short.

At first, I thought ActiveCampaign seemed too good to be true. But we did the trial and –– well, let’s put it this way. Our first email went out today using your platform. 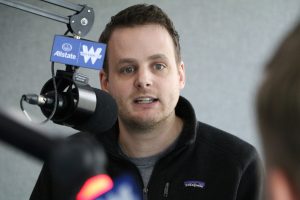 Did you get involved in this field because you thought it was a space that was messed up that you could fix? I don’t understand how you built something that everyone else has seemingly struggled to do, which is create UX.

Jason: A small business focus makes a big difference. Being one ourselves for so long, we never really took on the idea of trying to solve CRMs. I started the company with the single idea of managing contacts. At the time, MailChimp didn’t even exist.

I was doing consulting work at the time and I kept running into the same challenges. So I built solutions, and kept on building them. Then I packaged it up as software.

As the company grew from just me to about eight people over the course of a decade, we found the pain points and opportunities our customers had –– as well as the ones we experienced ourselves.

Scott: What made you particularly interested in small business?

Jason: Growing up, my parents always had small businesses. I saw the level of care and passion they had. Compared to working with enterprise companies, I just enjoy it more.

Also, it’s a whole category. Software companies often start out focusing on small business, get a little traction, and then as soon as they can, start moving to midmarket, to enterprise and chase bigger contracts. Hopefully ActiveCampaign can drive change by serving small businesses and not abandoning them.

Bad on paper, good for growth

Scott: When I started to use ActiveCampaign, I had my dashboard set up in just minutes.

Jason: We talked to you as well, right? A lot of businesses think they can’t have sales, that they can’t have that human touch. But if you focus on the customer experience, you can get a blend of automation and human touch at the right moments. That person from our team reaching out was probably a critical moment in the process.

Scott: They called minutes later. Nobody asked me if I wanted to buy anything. I didn’t need a credit card to start the free trial. They just asked if I needed help. The next day, they migrated all my data for me. 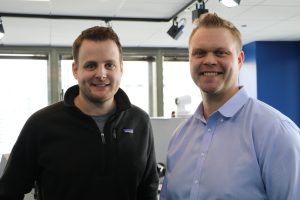 Jason: That’s the thing. We do things that don’t make sense on paper, like migrating all of your data. The free strategy sessions we provide don’t make sense. People would look at that and think it doesn’t scale.

But if we help a small business grow, their improved customer experience will fuel more growth. It’s a longer-term approach. It’s not for everyone, but it’s a business model that does work.

Scott: Your target clients don’t have the time or resources to have somebody figure out a CRM. When I used Salesforce, I had to hire somebody to help me integrate it. And it wasn’t cheap. But after that, it just went dormant. We never used it because it was cost prohibitive.

Jason: We see that all too often. There’s a fundamental shift in software as a service in general –– it has to have a little more integrity. It has to give you ideas. It’s one thing to have tech features. But it’s more important to have a strategy that’s goIng to help your business grow. That’s the only way a SaaS company is going to survive.

Scott: How do you stay on point? Did you always have a bigger vision?

Jason: Not entirely. We really didn’t look at competitors, especially early on. And that’s what’s allowed us to think a little bit differently. Also, if you’re focused on smaller businesses, you have more control over what you do.

You’re not solving for a known pain point like you would in enterprise, which gives you the capability of shifting and rethinking things –– not just providing more of the same to the market.

Our growth was slower than some would take, and at times we were just trying to survive. We’re definitely still a small business, in some capacities.

Small businesses don’t get the credit they deserve. Even if a business doesn’t even scale a crazy amount, just the fact that it’s sustainable is amazing.