Without getting into the cryptocurrency stuff, my natural instincts tell me that blockchain technology is about identity.

We work, spend, invest, and socialize digitally, but when it comes to some of the most important stuff of life –– birth certificates, passports, driver’s licenses, titles, deeds, college transcripts –– we revert to analog. The ways in which we prove “we are who we say we are” rely on paper and plastic. 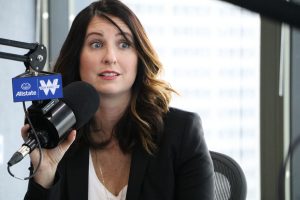 Stopgap solutions like scanning an ID card to create a PDF are increasingly at odds with the speed and security we need in an increasingly digital world.

“We can take a picture of these analog documents, but they haven’t yet been digitalized natively by the issuing sources,” says my guest Jennifer O’Rourke, co-founder of digital identity company Attest. Using blockchain technology, Jennifer has a plan to fundamentally change how we verify ourselves –– and, eventually, the way institutions issue the documents we need to do so.

“Thankfully, we’ve watched companies successfully find workarounds to do third party verification,” Jennifer says. “They’ve provided a bit of a bridge that’s been helpful, but what we really need are documents that are securely, natively digitalized, securely transmitted, securely held and securely received.”

Jennifer, a finance and public policy veteran, has spent the last few years at the forefront of blockchain adoption in both the private and public sectors. As the Business Liaison for the The Illinois Blockchain Initiative, she worked to promote distributed ledger technology — which is replicated data that is spread out geographically — development throughout the state.

Now she’s leveraging that background to build new identity verification tools and create an environment in which institutions will adopt them. Attest is leading the field after Deloitte signed on as a partner last November.

Even though it’s my job to understand innovation, all things blockchain are still hard to grasp. It starts with understanding that it’s just one type of distributed ledger technology, and that Attest functions differently than cryptocurrency platforms.

Specifically, Attest is built with a self-sovereign identity ledger called Veres One. Like Bitcoin or Etherium, it’s a public, permissionless ledger. But because it is used for verification, not transaction, it can scale unencumbered by unpredictable markets. Veres One operates without tokens or cryptocurrency. “It’s a network that exists only to verify issuance of digital identity,” she says. “The nodes on that network [the individuals or entities providing processing power] are remunerated in US dollars.” 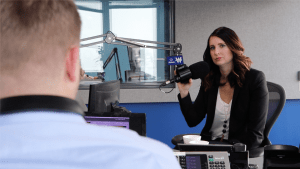 Cryptos are “really challenging,” says Jennifer. Volatility aside, “regulatory requirements, treasury management, and taxes are still undefined. We don’t want that friction point when we pull businesses and government departments into our solution.”

In proof-of-concept research, Jennifer’s team explored a variety of use cases, including title registries, academic credentials, and birth certificates. “Our thesis was that there would be a particular type of ledger that would bespokely fit each use case,” she says. “We came to a conclusion that broke our hypothesis.”

It turns out that these cases don’t require individualized platforms. They do, however, need the same infrastructure. “We found that identity is actually a horizontal layer,” says Jennifer. “If the data model for each use case is different, then the identity information each one requires is going to be duplicatively and redundantly issued in different formats. That doesn’t make sense when all those use cases sit with state government. They need the same foundational layer of identity. Then each use case sits upon it.”

You are who you interact with

Jennifer notes that self-sovereign identity will never truly live up to its name. She can’t, for example, rack up speeding tickets without the DMV revoking her driver’s license. “My identity is built around my interactions with organizations and the way in which they issue some type of credential.”

Self-sovereign identity platforms are user-centric, however. “You are the hub. The identity attributes accumulated throughout your lifetime will sit with you. You’ll have a significantly higher degree of management and transparency.”

Self-sovereignty is also incredibly secure. Data is written to the ledger using an anonymized DID (decentralized identifier). “Think of it as a meaningless but unique number that binds analog and digital Jennifer by associating claims issued by governments and organizations,” she says.

Analog Jennifer holds an “off chain” passcode that unlocks only which particular aspects of her identity that she wants to share, and ensures that each is only be seen by whom she chooses. “I can securely transmit those pieces with the confidence of cryptography and digital signatures that are ticking in the background of the transmission, which mathematically secure the information in such a way that it cannot be tampered with.”

There are benefits for institutions, as well, like needing less physical infrastructure to store, and fewer personnel to handle, all those sensitive documents.

As a former government official, Jennifer understands the importance of buy-in among many stakeholders with varying levels of interest and expertise in fintech. “We’re not trying to be a bull in a china shop,” she says. “We know we need a lot of flexibility as we deal with government and its partners. So we built that in. We just want to use our technology to sew in certain efficiencies so that we can start to work around those customer experience and cost savings opportunities.”