Codeverse is Teaching One Billion Kids How to Code, Program, and Have Fun While They Learn

Codeverse is Teaching One Billion Kids How to Code, Program, and Have Fun While They Learn

Katy Lynch, the co-founder and CMO of Codeverse, has a straightforward but audacious mission: teach one billion kids to code.

“No big deal. And once we get to a billion, maybe two billion,” she laughs.

Just two years on from its launch, Codeverse is well on its way. If anyone can do it, it’s Katy. 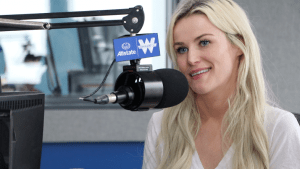 As the former CEO of the Techweek festival and the founder of marketing agency SocialKaty (later acquired by Manifest Digital), she spent years promoting fellow entrepreneurs and showcasing the local tech ecosystem.

Katy and her husband Craig launched Codeverse, “the world’s first fully interactive coding studio and ed-tech platform for kids ages six to 13,” with a flagship Lincoln Park location in 2017. They’ve since broadened their reach with studios in Wilmette and Naperville.

Each Codeverse location offers after-school and weekend classes that introduce kids to the fundamentals of computer programming, as well as weeklong day camps that explore robotics, circuitry and 3-D printing.

Programming with a kid-friendly twist

Their curriculum is built with a proprietary programming language called KidScript. Inspired by common coding languages (like JavaScript, Ruby, Python and Visual Basic), but stripped of their complexities, Kidscript is an “easy to read, easy to write syntax.” Students can use it to program anything in their “hackable classroom,” including drones, lights, games, and music. 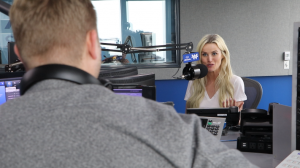 The magical atmosphere at Codeverse engages kids from the start. But its core philosophy, Katy says, is as expansive as its mission of training a billion young coders.

“Think about what it really takes to succeed in life,” she explains. “Being armed with the skill of coding is one thing. But creativity, confidence, learning how to collaborate with others and to work independently, critical thinking, computational thinking –– those are what will make the next generation successful. Or, to be honest, will make anyone successful.”

Codeverse students learn at their own pace, but they’re also immersed in an environment that emphasizes teamwork. Boys and girls learn together, making them much less susceptible to the gender biases that exist in the field today.

“We marry the technical skill of coding with life skills that are crucial,” says Katy.

Kids as the ideal fuel for innovation

Another advantage to working with children is that they’re the ultimate R&D. “The studios are a never-ending testing ground. “Kids are unabashedly themselves,” she says. Feedback is abundant: “they say, ‘‘I don’t like this thing,’ whether it’s in the studio or character in our object library. Now we can iterate on that. The more feedback that we get, it’s great knowledge for us as we build out the studios and KidScript.”

Although Codeverse is gearing up to open locations outside of the Chicago region, Katy sees a much wider reach. “It’s not just about the brick and mortar,” she says. Through the KidScript language, “there are some really interesting things we can do with SaaS in the future, where kids won’t even have to be anywhere near a physical studio.” 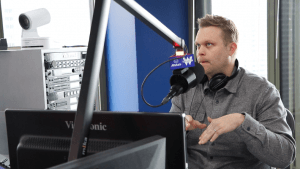 No matter whether Codeverse is IRL or online, its success depends on teachers who can provide individualized instruction but command attention. “I’m really proud of our recruiting and hiring process,” Katy says, noting that they hire developers, designers and even improv comedians in addition to seasoned teachers.

“Coding is quite a loaded subject, and it does take that very special person to be able to instill creativity, fun, and thinking outside the box, especially in young children.”

It takes charisma and ingenuity to engage anyone in something as abstract as programming. Katy has that in spades, but what’s her secret?

“All great entrepreneurs possess the idea that anything is possible,” she says. “The amazing thing about working with kids is they believe that.

“Some of the ideas are crazy: ‘I want to build a unicorn that actually comes to life.’ OK, let’s start with this idea that unicorns are real. How we can make one that’s as real as possible? How can we build this unicorn on an iPad screen? What do we want the unicorn to do?”

This approach is key, says Katy: “The more questions we ask with the mindset that anything is possible, it’s easier to relate to them. Then, in turn, I’m excited to be a part of their world.”