2ndKitchen Serves Food to Your Home or Bar From Nearby Restaurants

2ndKitchen Serves Food to Your Home or Bar From Nearby Restaurants 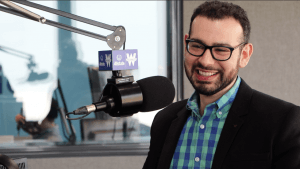 Their previous venture, SF-based “quintessential startup” RedPie, billed itself as the “Uber for pizza,” using a supply optimization model called “spread sourcing” to deliver pies in record time. It was a “quintessential startup,” says Nick –– so buzzy that HBO’s Silicon Valley parodied it as “Sliceline” in season five.

Like its fictitious counterpart, RedPie never really took off. But years later, it did spark the idea for 2ndKitchen.

“In one of our marketing campaigns, we worked with bars that didn’t have kitchens, says Nick. “We’d put our menus in in these places.” They discovered a captive (and hungry) audience.

“The idea kind of stuck with us. We did a pilot in Evanston and it worked out really well. We went to Sketchbook Brewing in Evanston, put a bunch of menus and a kiosk in the bar. The same day, customers started placing orders. We knew we had a winner without doing the work of marketing and customer acquisition. It was incredible.”

The concept is simple: bars, brewery taprooms, hotels, or any business without a kitchen can offer a custom menu to its patrons, leveraging a hyper-local restaurant to cook and deliver the food. 2ndKitchen facilitates the partnership, including payment, fulfillment, and customer support. 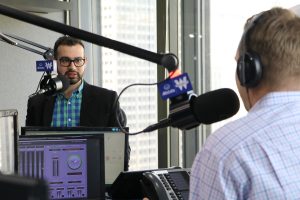 “A lot of the clients we work say that customers come in the door, ask if they have food, and then leave,” Nick explains. “As a business owner, you have a decision to make: either go through the investment of setting up your own kitchen, which involves food licenses, people, inventory and wastage. Or you can just set up 2ndKitchen and serve the best food in your neighborhood.”

Restaurants benefit from another stream of revenue right nearby. They can either deliver the food themselves (easily, since the company connects businesses within half a mile of each other) or leverage 2ndKitchen’s network of delivery services.

“We offer the ability to expand their dining room across the neighborhood,” Nick says. “It’s basically table number 24 that happens to be in the brewery across the street.”

It’s a net positive for both the kitchenless and the kitchen, with no setup or maintenance fees –– 2ndKitchen simply takes an, ahem, slice of each order.

While local startups Fooda and Crafty carve out niches in the office space, 2ndKitchen targets “businesses that benefit from having customers stay longer and spend more,” says Nick. Their current clients include Metropolitan Brewing, which offers burgers from nearby Kuma’s Corner, and Off Color Brewing, where you can order specials from Taco Boy’s menu. 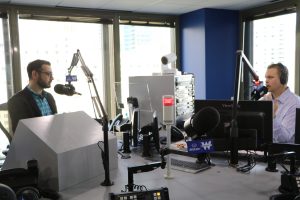 At its heart, 2ndKitchen is “a data company,” he says. “We can use data to decide which menu items make the most sense. We empower the restaurant with everything they need, including which table the customers are at, and how to bundle orders.”

“What I love about it most is that, from a customer perspective, it feels very seamless. But behind it, there’s so much tech that makes sure that you’re getting your order in minutes.”

Shareable food, Nick says, is a staple among 2ndKitchen’s partners. “Empanadas are making a huge comeback. We see a lot of the things groups of people want to eat. It’s not the classic food delivery where you’re each getting a meal –– it’s a bit different.”

Having just closed a $1.35 million seed round led by Hyde Park Venture Partners, the Techstars ‘18 alums are primed to grow.

“Our philosophy is about how technology can make use of wasted capacity or excess resources. We’ve seen that model over and over again. It’s what Airbnb does, what Uber does –– basically, use resources to their fullest extent by by connecting them to the people who actually want them.”