Most founders don’t realize that startup success takes a lot of work –– and a whole lot of crazy. You’ve got to find your path to revenue: provide what customers want, make it convenient, keep them coming back. To grow, you sell your business to investors, but you have to prove you’re making money for them.

Along the way, you can’t let investors’ needs push your own aside. You must keep making the right strategic decisions for your company. 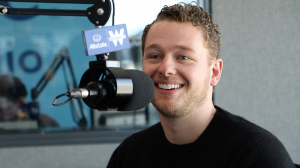 My friend Luke Saunders, founder and CEO of Farmer’s Fridge, is crushing it on all these fronts right now. With a mission of making healthy, super-fresh, restaurant-quality food as easy as grabbing a candy bar, his company has built a network of 240+ refrigerated vending machines in Chicago and Milwaukee. Each IoT-enabled fridge supplies them with the sales data they need to keep it stocked with in-demand goods.

Farmer’s Fridge closed a $30 million Series C last year, with plans to expand across the Midwest. How did they do it, and how does Luke plan to scale a fresh-food operation without sacrificing quality? More importantly, what’s new on the menu? I’m hungry. He breaks it down for us.

“Our goal is to make fresh, healthy food accessible to everyone,” Luke says. “We’re focused on continuing to saturate our current markets. Farmer’s Fridge is officially the most convenient place to eat in Chicago, based on the number of locations per capita.”

The company is launching in Indianapolis in the next six to eight weeks, he says: “It’s a pretty big undertaking, continuing to build out the Midwest region.” 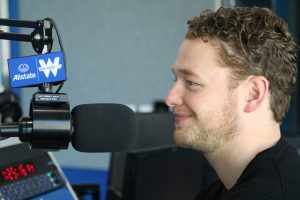 Farmer’s Fridge is “actively looking at launching another region sometime in 2019,” he adds. “But we’re making sure we take it slow. The number one thing is product quality.”

Quality first means repeat business and word-of-mouth buzz, Luke says. “We’ve never spent money on billboards, social media, or things like that. We just invested in the product. If it’s good, once people try it, they’ll buy it again.”

The core of the business, Luke says, “is really an optimization problem –– figuring out what, at any given location, we should be selling.”

This optimization is multi-fold. First, there’s the fridges themselves: a mix of planograms and SKUs that’s constantly changing. “Within that, there’s no same fridge. Each one is optimizing itself against the location.”

In practice, he explains, it means that if they’re selling lots of turkey sandwiches out of one fridge, they’ll stock even more there the next day, and less of something else. “That’s how the model is designed to assist us in continuing to refine what’s available,” says Luke. 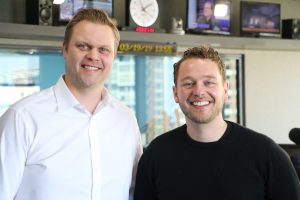 While the fridges provide key data, so do consumers themselves.

“One of our main pillars is building personal relationships with our customers,” Luke says. “About 70 percent provide their cell phone number. This helps us understand how our dishes are performing.”

This means that Farmer’s Fridge is “constantly tweaking” its menu. Such a dynamic operation might seem daunting, but Luke finds it exhilarating.

“One of the things that frustrates most people in this space is that consumers’ expectations are unlimited,” he says. “As you give them more convenience, more value, better taste, they expect more.

“But that’s what I love: the complexity and the challenge of doing that every day, and continuing to get better over time. It’s what’s unique about our business model.”

It’s a nearly-universal fact in the food space: quality is inversely proportional to the number of locations or points of distribution. A great restaurant opens more locations and the food suffers. Why does this happen?

“What people get wrong is they optimize for organizational efficiency and reduce complexity,” Luke explains. “But they do it at the expense of the consumer experience in a way that fundamentally subtracts value from the business.”

As an example, he cites salad dressings made from scratch, versus dressings purchased from a broadline distributor. “It’s more difficult to make our dressings from scratch,” he says. “But the value it creates outweighs that complexity.”

From Luke’s perspective, the quality of Farmer’s Fridge offerings should never change: “Presumably, at scale we have more resources to overcome organizational complexity. We just become a bigger producer of our own in-house dressings.”

Good ideas, especially ones that make real money, get lots of attention from investors. But fundraising doesn’t guarantee prosperity.

“Even compared to when I started, it’s certainly much easier to raise an early round –– to get people to back an idea. But it’s still very difficult to build a real business,” Luke says. 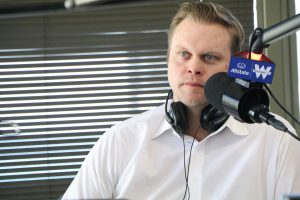 He thinks the Chicago community has been central to Farmer’s Fridge’s success thus far. “This business almost couldn’t have been built anywhere else. The discipline of Chicago investors forces a level of discipline around our company. It actually means that the numbers work.”

That’s the most important piece, he says. But metrics must be tempered with a “big-picture imagination about what this could be, ultimately, to raise that kind of money.”

The company’s investors are a balance of Chicago and Silicon Valley VCs as well as other strategic partners. “We’ve always tried to get different groups to understand their piece and then bring them together in a way that is uniquely Farmer’s Fridge,” Luke says.

Prove your model at every step

From the very beginning, Luke says, he was “very focused on revenue.” He launched with less than $50K and started seeing revenue right away. But it wasn’t without a ton of hustle.

“In the early days, I was in a shared kitchen. We were renting a table by the hour. I had three people on my team. We had 14 fridges. It was just complete chaos, frankly. I was getting phone calls in the middle of the night to pick up lettuce at a 24-hour Jewel.”

Growth has come from figuring out what the company needed to prove at each stage. “I had this intrinsic belief that if food was more convenient and cheaper, that people would buy it, regardless of the format,” he says. “So the first thing was to prove I could sell a restaurant-quality meal from a vending machine, and that people would buy it and come back. That’s what I did.”

From there, the focus has been on not just proving demand, but that the business model works. “It’s always some version of that,” Luke says. “But then in the next round, it was: ‘can you profitably scale’?

“At each stage, you bring in a new set of believers. We were able to raise money because we found partners who believed in our vision.”

Farmer’s Fridge is always rolling out new menu items. “If you haven’t tried our new mac and cheese, you need to,” Luke says. Their lightened-up version of the comfort food classic uses a butternut squash base. But there’s some cheese, and broccoli too.

He gave us a sneak peek at the latest from the test kitchen. “The best thing I tried last week was buffalo cauliflower with housemade ranch,” Luke says. “They’re testing how to get cauliflower to have a really great texture and be ‘buffalo’ without frying it.

“They handed me a plate and I was supposed to take a bite, but I ate the whole thing. I was like, ‘I hope that was okay.’ Then I was like, well, ‘you’re the CEO, so it’s probably fine.’”

It’s good to be the boss.