First rule of apartment hunting: ask around. Like a great job, an awesome apartment is often a word-of-mouth find. And for property managers, one of the best ways to attract new tenants is to encourage current ones to reach out to their network. Offering them bonuses is often cheaper than hiring an agent or dropping cash on marketing.

Enter Rentgrata. Founded in 2016 by Ben Margolit, Sam McArtor and my guest Zach Sloan, it’s like a mashup of Zillow and Facebook. The company’s iOs app and web platform connects potential tenants with current residents of apartment communities and provides a way for them to chat. 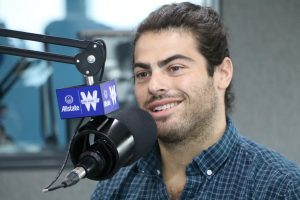 “People today want the opinions of others who have purchased that item or experience,” says Zach, Rentgrata’s CFO. “A cruise package, the gym down the street –– they want to do more than just read a static review on Yelp.”

How does it work, and how can Rentgrata leverage its tech to provide useful, meaningful recommendations in other fields? Here are the top three things you need to know about the local startup, named one of Built in Chicago’s Top 50 to Watch in 2018.

If you’re looking for a new place, you can get real-time straight talk from people who live there. “You can message current residents and ask questions like, ‘what’s it like to own a dog in this community?’ or ‘what’s it like to commute down to the Loop every day?’” says Zach.

That’s a huge differentiator for the apartment complex. But perhaps the biggest value proposition for owners/managers is consumer insight. Users sign up for Rentgrata with Facebook, so property companies can analyze the needs and preferences of demographic groups in any given market. 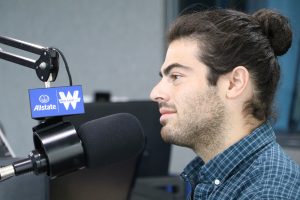 Initially, Zach says, “our clients were a little bit worried about presenting an opportunity for a user to talk to a current resident. But we have yet to see someone tell the prospect not to move in.”

That’s partially because there’s a third value prop: a referral bonus split between both tenants. “Some of them are making really good referral money,” says Zach. “We have some people who have made five, six, even 10 referrals to their communities.”

Does that incentivize residents to BS their way to paying next month’s rent? Zach says no. “It’s really genuine. Actually, we had a building on our platform where a current resident was talking about how they’ve lived there for three and a half years, talking about using a pedway to get into work, all of these nice things. They also said that there’s a downside in the summer: you’re only allowed two pool guests. But that they understood, because otherwise it would get overcrowded.”

To a prospective renter, it’s a softer sell than an agent would likely provide. “It’s not just someone putting their salesperson hat on and saying, ‘move here at all costs.’ It’s, ‘this is what it’s really been like here, and I want you to feel comfortable in making your decision.’”

Since the last time Zach was on the show, the company released Rentgrata Messenger, which has been a game-changing value add for property companies. They developed the product in response to feedback from those partners, who wanted to keep users on their own sites instead of directing them to Rentgrata’s.

“They paid good money to get users onto their homepage,” Zach explains. “How do they get them engaged there? So creating this messenger portal where a prospective renter can send a message to a current resident without leaving [the building’s] homepage, that has really answered what our clients were looking for.” 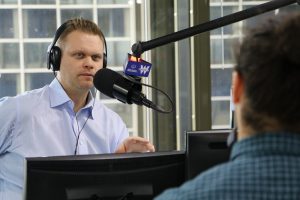 The most impressive part about Rentgrata Messenger, Zach reports, is a “dramatic increase in the number of conversations” between residents and prospects. More chats mean more leads, and an insane conversion rate.

“We’re converting 48 percent of our leads,” he says, explaining that the Rentgrata has surpassed its loftiest goal. “When we created the company, in our deck, we’d say that if a building’s referral program converts at 42 percent and traditional Internet listing services or other marketing is at 4 percent, if Rentgrata can fall somewhere in between those, we’re creating a lot of value for our potential customers.”

They’ve found even more success in certain cases. “We just got some crazy statistics back from a new-construction building in Southern California,” says Zack. “In a two-month period they had 34 leases signed through Rentgrata, and that was out of only 58 leads. So we’re at almost 60 percent conversion at that community. It’s worth its weight in gold for them.”

Rentgrata is gearing up to raise a new round of capital. Zach and company have impressive metrics and big ideas about where it can go. He sees the messenger function as a brand that can be used to connect users over just about any business or experience.

He cites an example: “It’s not just that I live in a certain community in a two bedroom apartment, I’m a teleworker and I own a dog. It’s ‘I go to Core Power Yoga, and I go to this class, and I go here for this reason.’ So if someone lands on the Core Power website, they could reach out to me. It builds a community on every homepage Rentgrata is loaded on.”

For now, its trajectory is expansion.  He sees a future where it’s as ubiquitous as product reviews –– users will question a business if it’s not a feature. “As we add units around the country, users will be loyal to Rentgrata if they’ve made money on the platform. When we do sign up larger management companies, everyone will be using it,” says Zach. “We’ll back ourselves into becoming an internet listing service, without having to raise and spend millions of dollars on B2C marketing expenses. That’s what we’re really excited about –– to continue our growth and get to that ultimate goal.”