I’ve been thinking about content creation for as long as I can remember.

I spent most of my childhood walking around manufacturing plants with my dad. Even then, I couldn’t believe they weren’t capitalizing on the coolness factor of the machines. Everyone has this misconception of manufacturing as a murky, dirty, undesirable environment. But with the right content, I know they could have shown off what those incredible machines could do. 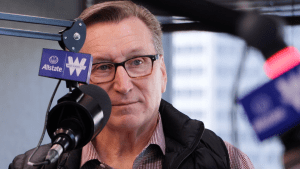 Fast forward however many years, and countless interviews. One thing that hasn’t changed? People are still bad at telling their own story. But someone who has a crystal clear vision of how to tell stories right is Jeff Hunt, the CEO of Snap36, which specializes in 3D and 360-degree product photography.

“You’re creating assets of your business these days,” says Jeff. “Before, pictures were nice to have in your catalog. Now, they are your products.”

Jeff got into entrepreneurship later in life; he founded Snap36 after nearly 30 years working in tech. In reality, Jeff’s age is actually a huge asset. In fact, your average “successful” entrepreneur is more likely 36 years old, not a 22-year-old with a fly spinner on top of their cap.

As an older-than-average entrepreneur, Jeff’s maturity, patience, and context enable him to

use technologies of the future applied to processes of the past. Here’s how he does it.

Entrepreneurs just get better with age

Before founding Snap36, Jeff spent decades working at various tech companies, including one that got acquired by Adobe. He remembers that during the tech boom of the 90s, he worried he wouldn’t be able to keep up with the technology of the future. 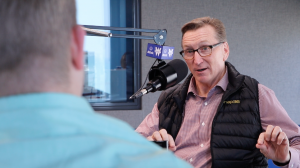 “We had this mentality that we better make our nut before we’re 50 or we were going to be dinosaurs,” remembers Jeff.

But he says despite the current acceleration in tech, his age gives him an edge: “We old guys who can relay back to all the old technology, get where it’s going.”

Your business needs to solve a problem

From a business standpoint, Snap36 hits the nail on the head; 360-degree images are an invaluable investment.

Since images offer more clarity around the products, Jeff has customers ranging from Home Depot to Ralph Lauren reporting metrics that prove “people convert 50 percent more on products that spin versus products that don’t.

“You give people trust,” says Jeff. “If I can turn [the product] around, I trust it.  Why does this make sense? It’s logical.” 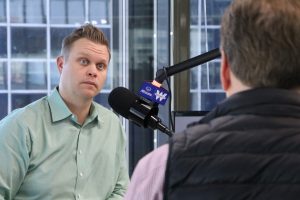 Jeff tells me that the underlying key to his business savvy is common sense. And he says that’s what’s critical  when deciding whether your company should invest in intelligent tech or not.

“I wrote a blog a couple of years ago that, that said, ‘Looking for a user experience expert? Look in the mirror,’” says Jeff. “It really comes down to having a practical barometer of whether this thing makes sense or not.”

Make it easy for your customers

So how is Jeff working to build a smart business? He says his service offers a “basic process” for customers.

First, businesses will ship their products to Snap’s studio and warehouse. Robots will then spend a few days to a few months taking 360 photos of products. For larger projects like an entire catalog or ongoing product launches, Snap36 offers a monthly service or it can bring its equipment to a customer’s distribution center.

“I tell people we’re the Henry Ford of photography, not the Ansel Adams,” jokes Jeff. “So if you’re thinking you’re going to win an art contest, you’re not. You’re at the wrong place. But we are going to get you great imagery of 10,000 products in a very short amount of time.”

According to Jeff, content is king when it comes to marketing your products.

Whether consumers are buying or researching online, “60 percent of the selling is done before anybody even engages a human. So you better damn well be putting your best foot forward with your products and your imagery before you even know that people are looking at them.” 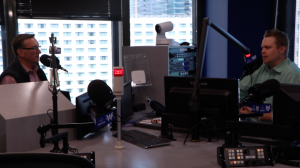 And if you create content mindfully, your efforts will drive effective results.

“Behind the content curtain is a tangled mess,” says Jeff. “And the fact that it ever gets pulled off in a  reasonable manner is a minor miracle every time it does.”

A lot of people ask Jeff about his exit plan. His honest answer? He doesn’t have one.

“A mentor of mine taught me early in my career that if you put your eye on the ball of an exit plan, you’ll never get there,” says Jeff. “Young entrepreneurs start thinking about an exit plan before they even know what their execution plan is.”

Instead of running toward the pot of gold, Jeff chose to focus on building a bulletproof company that adds real value for customers. “Build a brand that’s indestructible, and everything else will take care of itself.”

Jeff’s advice to young entrepreneurs?  Have patience, and don’t forget about the building blocks.  “Know your options, but don’t focus on them,” he says. “Focus on the process and put one step in front of the other until you get there.”