Financial services companies are interesting. At scale, success or failure depends on how willing you are to push the boundaries. That can be through technology or hiring better people or building a culture –– or all three.

American Family Insurance does that. It’s one of the coolest insurance companies. That sounds weird, I know ––  it’s insurance.

It’s not just because Shaq’s a spokesman. It’s because the company looks toward the future while capitalizing on its 91-year-old reputation. 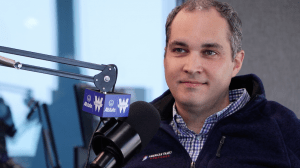 Ryan Rist, the Director of Innovation for American Family, stopped by the WGN Studio to talk about how insurance can innovate, the challenges for would-be industry disruptors, and how American Family has changed up the way it does things.

“Insurance is boring,” Ryan says. “I never thought I’d get into insurance, but I’m so glad I did. It’s about data. It’s about predicting, then pricing, some uncertain future event.”

About 20 years ago, says Ryan, technology evolved to the point where it was “ready to blow the doors off the business model.”

However scintillating Ryan and I might find the insurance biz, most people do not. It’s something we pay for regularly but only occasionally need. “There’s no other product that customers dislike so much,” he notes. 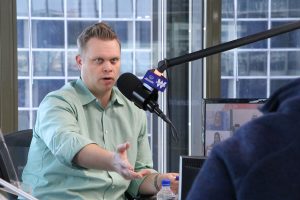 However, he emphasizes that on a macro, economic level, the industry is vital. “Small businesses wouldn’t be able to transfer ownership without life insurance. We wouldn’t have home ownership rates that lead to new jobs. It’s such a big safety net that greases the skids of the economy.

“And technology is barreling down to change all of it.”

The insurance industry poses quite a few challenges to young startups. It’s not a business that encourages anyone to move fast and break things. There are barriers to entry (“capital requirements to get licensed as a carrier are real and they’re significant,” says Ryan) and there are razor-thin margins.

“Consumers see insurance companies as big giants raking in the dough,” he notes, pointing out that two or three percent profit is a good return. “Insurance economics aren’t that great if you want to make money.”

Many potential insurance disruptors, he says, can experience “a little shock and awe” when they realize this.

“Our data security agreements alone are 50 pages long,” Ryan says. “We have 10 million customers and a serious history and reputation that we’re protecting.”

He observes that the startup and enterprise worlds are fundamentally different because of risk profile, not just relative scale.  “Experimentation is easy when you’re a startup because you have no reputation,” he says. “If it doesn’t work out, no big deal, right?”

The fountain of youth

In spite of their differences, companies like American Family should respect startups’ speed, agility and flexibility, says Ryan. 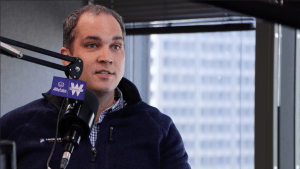 “It’s very difficult to mimic. Our CEO often says, ‘legacy on one side and startup on the other.’ The secret to innovation is how you blend those things to get the best of both. That’s what we were trying to do.”

“Corporate innovation is hard,” says Ryan. “In our case, we’re a 91-year-old company with a legacy. A lot of that legacy is really good. It’s our value system, our relationships, our history and things we’ve done for our communities.”

But ingrained processes and thinking abound. An established business with longtime customers has only so much bandwidth to disrupt. “That’s why very few companies reinvent themselves over a 50-year period,” Ryan says.

An additional challenge is its core function: relief in the midst of the unexpected.

“We come in at some of the most terrible moments in people’s lives and we try to get them back on their feet. That’s not a time to experiment.”

A safer bet is prioritizing “people and tools and culture –– training on lean startup, how to run an experiment. Talk to your customer, figure out their needs and wants,” says Ryan.

He’s optimistic about AmFam’s future because the c-suite shares his forward-thinking philosophies. “Our chief business development officer used to be our chief investment officer. It’s ironic but makes sense to me now, in hindsight.

“We’re lucky to have such great leadership. 10 years ago we were an 18-state, regional company. We lagged in every innovative category. Today, we’re almost double in size … it’s been a 180. I trace it back to leadership and willpower.” 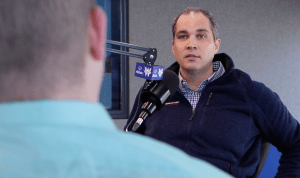 That growth stems from a mix of strategic investments, acquisitions and big ideas.

American Family Ventures, a fund for early-and seed-stage startups, launched in 2010. The fund has invested in 13 companies to date. Earlier this year, it joined a Series B round for Clear Cover, an AI-driven insurance platform founded by two ex-AmFam employees. “They’re changing the game because of what they’re building,” Ryan says. “They’re using modern technology, new tools and techniques. Most carriers are dealing with a beat-up airplane, but they’re building a spaceship.”

In 2018, the company launched Moonrise, a platform that uses technology to bring employers and employees together. It connects businesses with staffing needs with workers who want to supplement their income. “We’re trying to help people put extra money in their pockets,” says Ryan.

The secret to staying young as a nonagenarian is fundamentally about a “next-level mindset,” says Ryan.