No More Social Media FOMO: The Best App to Anonymously Share Your Opinion

No More Social Media FOMO: The Best App to Anonymously Share Your Opinion

TruePublic Offers an Alternative That Won’t Make You Feel Bad

There’s no shortage of controversy around social media companies. From damning revelations about online privacy on Facebook to rampant harassment on Twitter, user skepticism has increased. There’s growing recognition that these platforms — supposedly designed to bring us closer together — actually make us feel more isolated. 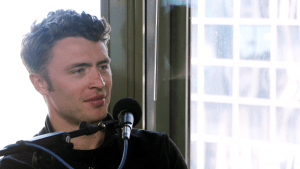 Kaben Clausen, founder and CEO of TruePublic, is looking to change that. The mobile app offers a space to express honest opinions alongside friends and strangers — but it’s all completely anonymous. A TruePublic account requires no name, email, or profile picture. Instead, users enter some general demographic info and are presented with a slate of survey questions, about everything from politics to dating.

It’s been two years since Kaben founded TruePublic, and the company is already in talks Warner Media about a potential partnership. And, as it scales, the data it collects will become even more powerful. Here’s how TruePublic is reimagining the landscape of social media, surveys and advertising.

The polling industry is broken

“Surveys as a medium are screwed up,” Kaben says. “They are notoriously difficult to take and boring and hard for people to want to spend their time on.” Polling companies are having a particularly difficult time accessing Gen Z because so many surveys are still conducted by phone.

Bad surveys can have huge consequences, Kaben says. Take Hillary Clinton’s 2016 presidential bid. She didn’t campaign in Wisconsin because the polling data showed her up by 8 points or more. We all know how that turned out. “I think it’s a problem that’s not only has a huge economic value, but also has a huge societal value,” he says.

With TruePublic, “we’ve cracked the code on something,” Kaben says. “We figured out a way, in the simplest terms, to get people to come onto a platform and share their opinion at scale.” The answer, he says, is to engage people’s curiosity. After filling out your own answer on TruePublic, you are instantly presented with results and insights from other users who’ve also answered the question. 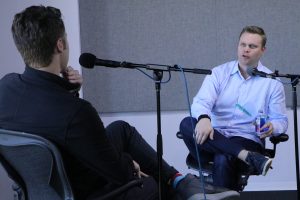 You might see people’s opinions on bitcoin broken down by generation, or the percentage of users with a close LGBTQ friend based on their geographic location. That curiosity drives a lot of engagement — an average user answers 52 questions per session. “The same reason you might read the Wall Street Journal or USA Today is the same reason you might read TruePublic,” Kaben says. “Because you’re just curious about the world.”

TruePublic is also reimagining social media in several ways. First of all, it reflects the daily experiences of users more realistically than other platforms. Although 74% of people under 21 on TruePublic reported experiencing depressive symptoms in the last month, Kaben says, “that’s not what you’re seeing on Instagram. Instagram is a bunch of Coachella pictures.”

The app also serves as an equalizer. On Twitter, your voice is only amplified if you have followers. “On TruePublic though, if you are a celebrity or if you’re just some random college kid, your vote is equal,” he says. “And I think there’s something really profound about that as we go forward.”

Another important piece of the puzzle is anonymity. People crave privacy but still want to express their opinions, which they can do on TruePublic. “I think that’s how we’re going to be able to scale this,” Kaben notes. “I think there’s actually more people out there that are crying for something different in social media.”

Kaben also sees a ton of profit potential when it comes to advertising. Currently, a lot of advertising is guesswork. But with TruePublic, the app can ask users specific questions to pinpoint the most likely customers for a certain company.

For example: “Are you planning to buy a car in the next 6 months?” If the answer is yes, the app might follow up with “What brands of cars do you prefer?” These sorts of questions allow for highly targeted advertising.

“TruePublic can offer something really unique.”