If you’re a business that doesn’t value data and analytics, you’re flying without instruments.

It’s never been more vital in the era of companies like Amazon that gather and dissect every bit of information they can about its consumers. 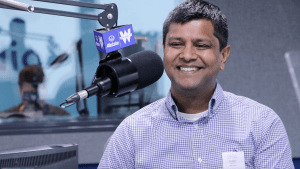 “At this point, change is not an option. You’ll be left behind if you’re not changing,” says Sulabh Agarwal, the CTO of Civis.

Here are the highlights of my conversation with Sulabh on the data-scientific method to success, why it’s important to start with an end result in mind, and how to organically grow your career.

The science of a sandwich

Scott: From your CTO standpoint, what’s revolutionary about Civis?

Sulabh: We solve people-level data science problems. Most organizations are trying to solve problems with acquisition, engagement, upsell and retention of their people.

Scott: What does that look like as a process?

Sulabh: Let’s say I’m launching a new breakfast sandwich. I want to figure out how to market it. You can look at your existing customer base and ask, who is more likely to buy at breakfast time? Who’s already coming in for coffee in the morning. I could upsell a breakfast sandwich to them. Or I could ask, who are brand-new people who are buying breakfast sandwiches from somewhere else, who I can convert into my consumers? 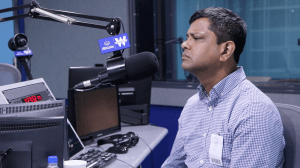 In order to answer those questions, I need to get knowledge about my current consumers. Civis has a set of technology solutions and services that build a consumer source of truth. Our products allow you to test your messages to see which ones are most effective –– to do targeting and segmentation. And then to build a measurement and attribution framework to see whether they’re working or not, so you can optimize.

Assumptions are so last year

Scott: The best companies in the world are the ones that spend the most money and time understanding data. They have entire infrastructures built around knowing, extracting and keeping as much data as humanly possible.

There’s an older thought process where people are happy to fling money at assumptions. They make projections based on past assertions that are no longer applicable.

When I’m investing, I look for a certain level of sophistication that starts with data. If you aren’t paying for it, either owning the IP or partnering with companies like yours to do it, I don’t think I can give you my money. 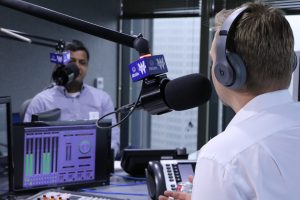 Sulabh: I agree. We have a saying at Civis. We call it the SALY principle, which is “same as last year.” People often make decisions based on what they did in the past. That’s partly because change is hard. But it’s also because they don’t know a better way to do it.

Scott: When people talk about how Jeff Bezos killed it with Amazon, they wash over the fact that behind his machine is data. He didn’t choose to start with books at random. He knew that was the perfect way to bring you in and learn so much about customers that he knew what products to drop next.

Sulabh: Companies that are wildly successful have invested in extracting every little piece of information from their users to make data-driven decisions. As consumers, with the technology we have on our phones, for instance, we expect a personalized experience.

And we expect the same thing from the businesses that we interact with. In order to provide that, companies need to invest in technology that enables them to do it.

Scott: What is the first thing, from an infrastructure standpoint, that company leadership should be doing, before they even start engaging customers?

Sulabh: The first thing is awareness –– knowing change has to happen and that data-driven decisions are important. The second piece is focusing on outcome. Too often, people invest in technologies first without understanding what they actually need to change in their business.

What they end up with is what we call “getting Hadooped.” They get a technology stack that sounds cool at the time, but you end up with a data lake that you don’t know how to use.

Scott: There’s a running theme here on the show. Any champion will tell you that performing on game day is easy compared to the grind of practice, the drive to make yourself better so that when you show up and the lights go on, it’s just natural.

The same thing can be said about technology and entrepreneurship: you need to understand the desired outcome. 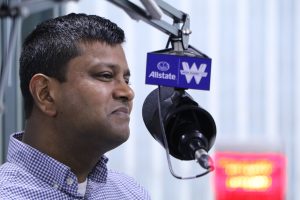 Scott: What’s the biggest hurdle for companies to start doing this?

Sulabh: Understanding the need for change in decision-making. And then having a champion at the organization who is willing to make those new decisions.

We’ve had clients who, when we tell them the truth about what their data is suggesting, are resistant to change because they’re like, ‘that’s not how we’ve made our decisions in the past.’

Scott: Then you’re the luckiest fool on earth.

Sulabh: Right. Secondarily, it’s about making sure that business people and technical people are speaking the same language. We see technical teams trying to solve problems in isolation who are never able to impact business outcomes.

Nothing grows in the comfort zone

Scott: What was your background before joining Civis?

Sulabh: I’m a computer scientist by background. I spent 15 years prior to Civis working at the healthcare software firm Epic. I joined as an entry-level software developer and then grew with the company and led a number of product divisions. The last one was Analytics Development.

Scott: Jim Collins talks about this in Good to Great, and there’s a lot of studies on this: Homegrown talent performs better than flashy newcomers hired into the C-suite.

You’ve worked your way up the ranks at Epic. What are the advantages of seeing a company’s development and its pivots? What was it like being a CTO-in-training before you became a CTO?

Sulabh: It was all very organic. When I joined Epic as a software developer, I never saw the end of my 15 year career there. At any given point of time, I was just basically looking at the next skill set I needed to acquire, whether it was understanding how to develop products, the next management challenge or how to make business-level decisions. So I never actually felt the entirety of that push in one shot.

I have a saying: companies should be good at making people uncomfortable. Because if you’re in your comfort zone, you’re not actually growing or learning.

We did that at Epic and we certainly try to do that at Civis, which is a growth-stage company. We put people in positions based on their potential, not just their experience and skill set. Because then they will grow with the company, and they will grow the company with you.

Scott: How do you manage that?

Sulabh: There are traits that we’ll look for when making hiring decisions. One is a history of breaking down barriers. Especially for a company of the size of Civis [200], there are many barriers that we’re going to run into. We look for people who have that entrepreneurial spirit to be able to break through them and focus on the outcomes.

The second is curiosity and a history of learning. What have you done in your career, whether it was a school project or in your last job? How have you stayed current with new learning? Because if you have that skill, Civis can provide you the learning environment so that you can grow into the knowledge that we need.

Scott: Is that something that is a big differentiator between leaders and people who aren’t leaders? I see lots of people who say they want to become CEO. But then they just do the status quo.

Sulabh: When we interview candidates who talk about how they were not given opportunities at their previous company, that does not go down well.

The majority of the responsibility [for professional development] lies with the individual, but I think the company still has a responsibility to give employees more than they’re doing right now, so they can learn their next skill set.

Put yourself in positions where you’re learning more, whether that’s on the job or off –– ideally both. Learn new things and find a role –– and a company –– that encourages you to apply them.