Petal – the sparkling water infused with flowers and other botanicals

She knew that her product –– a certified-organic, 15-calorie, caffeine-free “better for you” beverage, was poised to bloom in a market thirsty for LaCroix and other alternatives to soda. 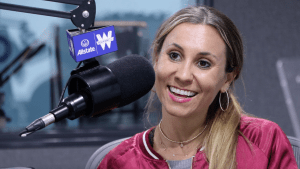 When a local retailer wasn’t responsive to her emails, she walked right into a buyer’s office and negotiated her way to a deal.

“He looked down at his calendar and said, ‘are you here for a meeting? I don’t have anything on my calendar.’ I said, ‘no, but I’m here to make a meeting.’”

The buyer asked Candice to return in a few days.

“I went in, presented the brand and said, ‘the product’s ready to go, but I haven’t had a launch party,’ she recounts. “I told him that my friends and family are waiting to buy Petal and asked, ‘can we launch in your store?’”

He agreed, says Candice, and wanted to buy 20 cases. She talked him into buying 90 cases, with a huge caveat: he would send everything back to the distributor the next morning if it didn’t sell. 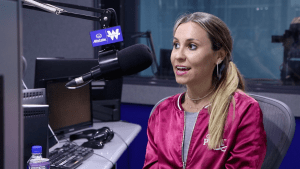 Candice swung into action, spreading the word on social media and rallying the support of family and friends. On launch day, she delivered.

“Within two and a half hours, we sold everything,” she says.

Candice stopped by the WGN studio (with samples!) to talk about how her heritage inspired Petal, building a brand from scratch and shutting down the “working mother” tropes.

34-year-old Candice was born in South Africa and raised in Chicago. But she has always been in touch with her roots. Throughout her childhood, she and her parents visited their overseas family every year. Rose-petal tea was an afternoon ritual in South Africa, she says.

Meanwhile, back home, as a typical millennial kid, she grew up drinking sugary, artificially sweetened drinks. Typically, ones with at least 20 grams of the stuff. “There’s just no need for us to be drinking that much sugar,” she says. 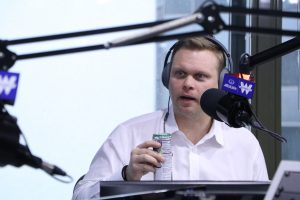 Fast-forward to 2018: there’s a backlash against sugary bevs and a trend toward floral flavors. “I saw a white space in the beverage industry,” Candice says. “I thought, this is the time to revive the ancient elixir of rosewater.”

Rosewater has been used for centuries in holistic remedies, beauty treatments and cuisine. Cleopatra famously bathed in rosewater and drank it, too. It contains antioxidants and anti-aging properties, Candice explains.

“Plus, if you’re into essential oils, rosewater is said to vibrate at the highest frequency,” she says. “That’s why our tagline is ‘raise your vibe.’ It’s a mood enhancer.”

Beyond the rose garden

Petal hit the shelves last May with three rosewater-infused flavors: Original Rose, Mint Rose and Lychee Rose, sweetened with organic agave. Candice’s launch experience became her “mindset for the rest of the summer,” she says. “I personally went into local stores, did demos and listened to consumer feedback. That was my inspiration to create three new botanicals that aren’t so floral.”

By the end of the year, Petal signed a national distribution agreement with World Finer Foods. The company added Elderberry White Tea Flower, Lemongrass Dandelion and Peach Marigold to its SKU bouquet in January 2019. “They’re earthier flavors,” she says.

Candice sees Petal at the “intersection between sparkling waters, functional beverages and sparkling teas,” she says. “We’ve created a new category called the botanical blend, which retailers are really excited to add us to their shelf because there really isn’t anything like Petal on the market.”

That’s definitely the case, especially considering Petal’s striking packaging, which features colorful illustrations that somehow look both retro and modern. “I had this incredible opportunity that not many people have, which is to create a brand from scratch,” says Candice. “In this cruel, crazy world, I really wanted to deliver something that brought beauty to everyone’s day and sent an uplifting, empowering message.”

The journey from idea to brand flowed organically, she says, because she knew her customer. 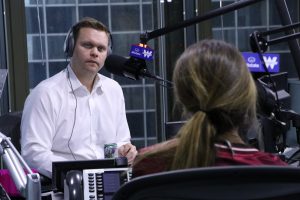 “I believed that I was the consumer who would drink this,” Candice says. “I used to pick up similar drinks that weren’t necessarily organic or sweetened with a natural sweeteners. I felt like I was the exact target audience that I was speaking to, which made it easier.”

She began formulating Petal in her own kitchen at first before consulting with a food chemist. “Next was working with the organic certifier,” she says. “It was really important to me to deliver the organic certification on our beverage. We built this brand for natural, independent stores, because we’re starting to see consumers demand ‘better for you’ products.”

But because the demand for healthy options spreads way beyond niche health-conscious consumers, Petal is now stocked in specialty stores across Chicagoland as well as at chains like Sunrise Health Foods, Plum Market, Tony’s Finer Foods, and Jewel.

The soul of a boss

“Entrepreneurship runs through my veins,” says Candice. “My dad was an entrepreneur and my grandparents on both sides were, as well.” She’s particularly inspired by her rose-tea-drinking grandmother, who she says was “always a lady boss.”

When she emerged as a boss herself, Candice says she was initially insulted by the attention she received as a woman-owned business.

“I couldn’t believe that in this day and age that it was still a thing. It’s become my mission to set an example as a woman founder and a mother –– that we live in a time and place where we can excel in both.”

Candice says that someone close to her once said, “You can’t be a mother and a CEO at the same time.”

“Technology has made it much easier,” she observes. “We’re a mobile office. I can drop off my kids off at school and be on a conference call within five minutes. My biggest mission is to be a positive example of a woman entrepreneur who’s done it.

“I understood what he was saying, because both are full-time positions,” she laughs. “But I said to him, ‘why don’t you grab some popcorn and watch me?’”