Supercharging the Gig Economy: The Future of Employment

Supercharging the Gig Economy: The Future of Employment

With more information on the shortcomings, as well as the promise of the gig economy, it invites the question: Is on-demand shift work failing, or is it the future?

Last year a reported 57 million Americans — over a third of the population — were a part of the gig economy. If those stats offer any clues, this phenomenon isn’t going anywhere. And some super cool technologies aim to expand and enhance the way part-time workers interact with their staffers. 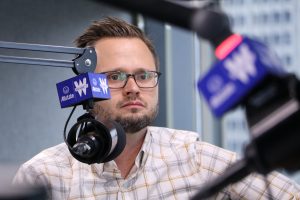 Today, Shiftgig offers workforce technology focused on empowering workers to find local opportunities when and where they want. Sounds simple enough, but Shiftgig’s story has its fair share of twists and turns. From the company’s evolution to finding its competitive edge, here are five takeaways from my interview with Rick.

Sometimes it takes years of trial and error before a company reaches a point of scalability, profitability, and eventually, recurring and reliable revenue.

That nonlinear path has been Shiftgig’s key to success. With 13 different US markets and 40,000-50,000 workers, Shiftgig spent the last four years providing full-service staffing from start to end. That is, until the company recently announced plans to release its technology as “an independent platform that any company could leverage.” 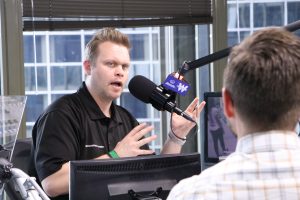 “The amazing part of our journey — from 2015 up until now — has been an incredible set of learnings that we’re bringing to our customers, in terms of the playbook for how to leverage our technology inside of their businesses.”

Rick isn’t bothered by the trial and error that it took to hone Shiftgig’s mission. In fact, he’s confident the company wouldn’t be as successful if they’d operated as a SaaS tool from the start.

From Rick’s perspective, Shiftgig’s competitive edge is their first-hand perspective on how companies can succeed in a complicated gig economy.

“There’s this huge market of companies that are feeling pain in how they connect with workers,” says Rick. “It was a huge process of building the proof point for how to engage a workforce differently.” All of which, he says, is factored into Shiftgig’s new platform.

“What’s important to us is a worker-centric experience,” says Rick, who wants to prioritize workers given high demand within an already dense marketplace.

“Unemployment is extremely low,” he says. “Companies are feeling the pain of attracting a workforce that has a lot of other options.” 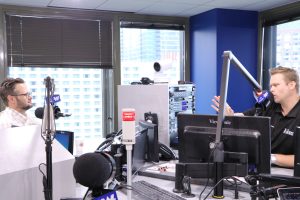 “How many companies today have an app in the pocket of their workers that not only understands what’s happening on a day-to-day basis, but understands what they’re interested in?” asks Rick.

Shiftgig’s tech can even promote clearer communication and increase worker satisfaction. “It’s a lot easier to tell an app, ‘This doesn’t work for me anymore,’” he says.

According to Rick, companies experience between five to 10 percent of their workers dropping out of shifts — each day. That’s why Shiftgig built a way to track worker reliability into the platform: “Did they show up and did they get there on time? Did they leave on time? Did their manager provide a good rating? Was there a good feedback exchange?”

From Rick’s perspective, workers quickly learn that they’ll be disciplined — or even deactivated — for dropping the ball without notice. 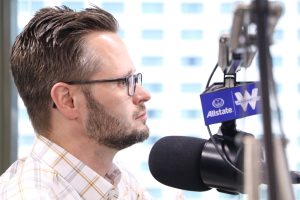 “It’s just a very clear expectation,” says Rick. “And the system will track it.”

According to Rick’s data, Shiftgig’s approach to a measurement-based, worker-centric experience is already working: Last year, they saw that less than one and a half percent of workers didn’t show up to work, compared to the industry standard.

Beyond that, Rick’s data also shows that Shiftgig’s model makes workers more productive. In turn, he hopes that the company’s approach to the gig economy can enhance worker satisfaction in the long term.

“Having some variation and flexibility can be pretty empowering in and of itself,” he says.