These Smoothies On-The-Go (No Blender Cleanup!) Could Be Coming To a Gym Near You

These Smoothies On-The-Go (No Blender Cleanup!) Could Be Coming To a Gym Near You

We all know the feeling of wrapping up a morning workout and sprinting straight to the office. Grabbing a bagel on-the-go might be convenient, but a protein-packed smoothie is what you really need to power the day. 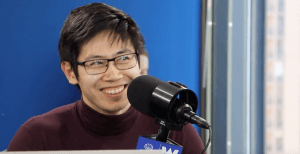 The company is in its early stages, but you can already taste test their creations at gyms, coworking spaces and networking events around the city. Once they’ve dotted the I’s and crossed the T’s, the plan is for Zenblen machines to be placed in boutique gyms around the city.

So stay tuned — we hear their peanut butter protein shake tastes like a Butterfinger. Tom joins us with Stephanie Mellinger, his co-founder and head of marketing and sales, to discuss how Zenblen combines convenience and healthy food. Let’s have ourselves a blend.

Tom’s approach to Zenblen can be boiled down to one simple manta: “There is no need to automate things that don’t need to be automated.”

He’s observed that most entrepreneurs have a tunnel-vision approach to building apps or machines; too many engineers spend their time and resources creating new products before identifying the need or target consumer base.

Tom says he’s on the opposite extreme — so extreme, in fact, that Zenblen’s machine doesn’t even exist yet. But Tom and Stephanie are confident their patience will increase the company’s odds of success.

“It’s not just inventing a product,” says Tom. “It’s about building a business.”

“What we want to do is recreate that blending at home experience, but without a lot of the work associated with it,” says Tom.

He and the Zenblen team did plenty of market research to confirm what we already suspected: most smoothie lovers actually hate making smoothies. The hassle of cleaning a dirty blender —  coupled with the low likelihood of having the right ingredients — means most people want to stay healthy, but don’t want to bother with blending.

“What we want to do is solve that pain point by automating this process and making it accessible nearly anywhere,” says Tom.

As Zenblen’s co-founder, Stephanie says the first six months were spent conducting research to ensure consumers were craving a fresh take on smoothie-making.

“We did a lot of market research to validate that — before we put in all this time and effort — we wanted to make sure we were making something people would actually want,” she says. 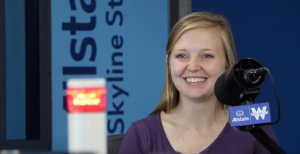 After many months of surveys, they’d reached a verdict: there was a demand for Zenblen, especially amongst high-end, boutique gym members, Stephanie says. These primary consumers already loved making smoothies. They just didn’t have the time.

“A lot of those people were already investing in their health, willing to spend a high price to work out in the mornings,” says Stephanie. “But then, they were typically rushing to work.”

Tom and Stephanie explain that targeting fitness fiends where they already invest their time and money takes the guesswork out of how they’ll reach their primary audience.

“We’re targeting boutique gyms because they have the best customers for our product, as well as the biggest need to solve.”

Fit within an existing structure

To sell to their target customers, Zenblen would actually need to sell to the gyms they attend, which means a B2C strategy isn’t going to cut it. But in transitioning to a B2B model, Tom and Stephanie want their product to be as convenient as possible.

“A lot of boutique gyms don’t have the space, the capital, and the manpower to run a smoothie bar,” says Stephanie, explaining why Zenblen’s automated kiosk is a seamless solution to a healthy food offering.

But Tom wants to go the extra mile by ensuring Zenblen also contributes to each gym’s bottom line. He says the key is to function as a luxury amenity.

“Gyms want to focus on what they’re good at, whether it’s providing a great workout or great building amenities.” That usually doesn’t include making delicious smoothies and cleaning blenders.

Grow one step at a time

The future looks bright for Zenblen, but Tom and Stephanie say they want to “start very disciplined in the boutique fitness market” with a focus on building their “core brand evangelists” before scaling up.

“I think it’s about being aggressive, yet patient,” says Stephanie.

With time, they hope to expand into partnerships with customers that have big names and big budgets, like office buildings and airports. But Stephanie also recognizes that with different customers comes “a different sales cycle” that requires some reading up on.

“That’s going to require a more intact logistics network,” she says. “We need to first make sure that we have excelled with the boutique gyms before we focus on those bigger headers.”