The ‘Airbnb for Farmland’ Helps Landowners Monetize Their Farm

The ‘Airbnb for Farmland’ Helps Landowners Monetize Their Farm

Many Americans come from farming families, but haven’t fully mastered the business side of running a farm, which begs the question: what on earth (pun intended) are they supposed to do when they inherit their family’s farmland?

Corbett Kull, a repeat founder and CEO in the agtech space, offers an answer with his latest venture, Tillable.

As a sort of “Airbnb for farmland,” Tillable is a digital network that connects landowners with farmers. According to Corbett, the purpose is to “help families that own farmland become better landowners and improve the return on their investment of their farmland.” 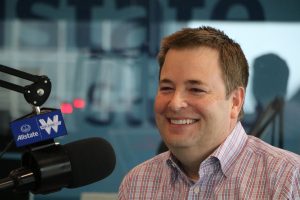 Tillable offers a new and improved way to both utilize and monetize the land without a big corporation. It’s a win-win for landowners who won’t use the space, and farmers ready to get their hands dirty. Corbett joins us in-studio to discuss how he planted the seeds for success in the agtech space.

Tillable isn’t Corbett’s first foray into agtech. In 2013, he founded 640 Labs, a platform to collect and analyze data aimed at optimizing farming operations.

Since the company’s acquisition in 2014, Corbett says 640 Labs has been “hugely successful,” and is still “used by tens of thousands of farmers throughout the world, on over 50 million acres throughout the year.”

But that doesn’t mean Corbett holds the answers to all things agriculture. He actually got the idea for Tillable from a friend in crisis.

“The farmland was his grandfather’s farmland,” says Corbett. “It was a family heirloom. He didn’t want to sell it. He didn’t know what to do with it, but there wasn’t another platform to plug into.”

Stumped, Corbett researched around before offering his two cents. In the end, Corbett’s friend was able to monetize his inheritance by tripling the rent. Corbett says the experience opened his eyes to the potential opportunities of this untapped market.

“If this happened to my friend, it’s probably happening to hundreds or thousands of people out there,” he says.

Farmland as a cash cow

Many farmland inheritors grapple with the question of what to do with land — and more importantly, how much it’s worth. Corbett found that dilemma rings especially true for remote landowners living in urban cities.

“The core problem facing landowners is that they don’t know what is fair market value for their farmland,” he explains. 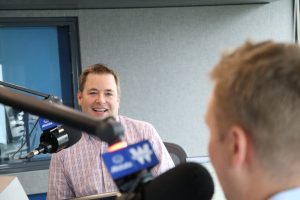 An additional problem is that landowners aren’t aware of the massive financial benefits of keeping farmland, which Corbett describes as “one of the best performing asset classes over the last 40 years.”

Plus, most of the risk with farming falls on the farmers — not landowners — Corbett says, “there’s not much downside to owning farmland.” And by leasing out their farmland, owners could accrue tens of thousands of dollars per acre, each year.

“Farming’s not for everybody, but owning farmland is a great investment.”

Another benefit of agtech is that the cost of renting farmland goes up every year, due to factors like improved seeds and better farming practices increasing productivity.

“As a landowner holding onto that farmland,” says Corbett, “it is going to appreciate, and the rent is going to increase year-over-year.”

That works with Tillable’s marketplace business model too, because their shares directly increase with the cost of rent. More than that, they need a relatively low number of users to make the big bucks.

Corbett explains that the farmland rental market is valued at $32 billion a year, noting that roughly 40 percent of farmland in the United States is rented. In states like Iowa and Illinois, that percentage is even higher.

He also says the average size farm listed on Tillable is 200 acres, and middle-of-the-road cost of renting would amount to $250/acre.

He won’t go into specifics about Tillable’s exact margin, but says “it’s a fairly significant amount of money on each transaction.”

And when people express their surprise, Corbett’s answer is simple: “‘Well, welcome to farming,’” he says. “It’s big money.”

Of course, agtech isn’t immune to challenges. “Seasonality is tough,” Corbett says.  Traditionally, farmers plant in the spring and harvest in the fall.

“You have to find ways to continue to innovate when the rest of the industry is going to sleep, Corbett says. ” In Tillable’s case, they’re trying to leverage that seasonality to help offer leases two to three seasons in advance. “We’ll pull those dollar forward” for the landowner, Corbett explains.

“It’s an asset they own,” he says. “It’s our responsibility to look for ways to more effectively utilize that asset and allow them to make more money.”

To Corbett, one of the main benefits of agtech comes not from financial success, but from how much he enjoys working with farmers — “the greatest customers in the world.”

From his perspective, there’s something “very genuine” about talking with the farmers, who “love to talk to you about farming,” he says. “There’s a lot of people in the world that don’t know much about farming, but we all depend on it.”