CEO/Investor Ravin Gandhi: ‘The Ability to Sell is Like Oxygen’

CEO/Investor Ravin Gandhi: ‘The Ability to Sell is Like Oxygen’

If you’re trying to launch a company, you probably started off with a specific idea of how you’d make money.

But as any seasoned entrepreneur knows, there are millions of unexpected revenue stream possibilities as a business grows.

KeyMe is a perfect example.

Ravin Gandhi was the first investor in KeyMe, a tech company that has created robotic kiosks that can copy most keys in minutes while you wait. You’ve probably seen one, in a 7-Eleven or a Bed Bath & Beyond somewhere.

We dive into the various businesses that have sprung out of KeyMe’s original idea. Plus, we get into Ravin’s day job as the CEO of GMM Nonstick Coating—and how he thinks about investing in companies.

Each year in the United States, Ravin says, a billion keys are made. 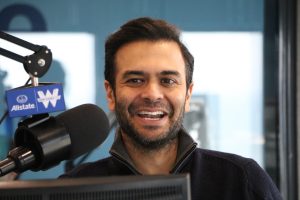 “Keys always show up on these lists of ‘technologies that will disappear,’” he continues, “but I’ve been watching the space now for 10 years, and we are seeing the key market continue to grow. Everyone needs a key, and we figured out the smartest way to do it.”

But KeyMe isn’t simply replacing locksmiths—it’s actually boosting their business. Whenever a KeyMe kiosk is installed in a brick-and-mortar store, it pops up in Google Maps searches for “locksmith.” That means KeyMe gets a steady stream of calls each week from people who have been locked out, which Ravin and his team have transformed into a lead generation business for local locksmiths.

“That business has gone from nothing a couple of years ago to millions of dollars just in lead gen,” he says. “So we’re helping these locksmiths tremendously.”

That’s not the only unexpected development in KeyMe’s business model, either. “At this point, one of the coolest things about KeyMe is that it’s turned into a retail story,” says Ravin.

“We have such satisfaction from our retail clients,” which include Bed Bath & Beyond and 7-Eleven. To date, KeyMe has routed more than 10 million Americans into brick-and-mortar stores. Some 20,000 stores are on the waiting list for a kiosk to be installed. 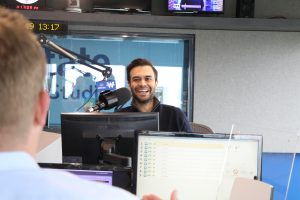 “It’s one of those things where you have to trust that there is a there in terms of the market,” Ravin explains. “As you continue getting success in that space, these ancillary opportunities will arise—and then it’s just all about execution.”

When he’s not investing in companies changing the retail landscape, Ravin is also the CEO of GMM Nonstick Coatings. As one of the world’s largest companies producing nonstick coatings, some 40 million Americans use his product every day. GMM was acquired by $8 billion Japanese multinational company SDK.

While keys and nonstick coatings might appear worlds apart as businesses, for Ravin the common thread is that they’re both useful, physical products.

“If you trace a lot of the deals I’ve done in recent years, they are all very tangible.” He’s also invested in sensors for grain markets and low-voltage sensors for power lines.

“For me, it’s about being able to look at something and picture it going: is there a need for this? Are we really solving a problem?”

How to pick a winning CEO

Ravin’s also a serial investor with a good eye. Collectively, the tech startups he’s supported have raised more than $250 million in funding. For him, the make-or-break question is this: “Can I imagine this kid sitting in front of me raising $50-100 million from an institutional investor?”

If a CEO isn’t able to raise capital in the beginning, he says, it doesn’t matter how smart they are or how good of an idea it is—the company will never get off the ground.

“The ability to sell is like oxygen,” Ravin continues. “If I don’t see the CEO with an ability to sell and read the room and figure out what people want and deliver—not just be full of hot air—I don’t think I can do that deal.”