So a tool that can help stores build stronger relationships with customers is not just helpful — it’s a potential lifeboat.

Enter Chicago-based Hatch, which offers a software solution for retailers to customize their loyalty programs. Retailers can monitor program performance in real-time and change it based on customer behavior.

Hatch is built on loyalty — between customers and a retailer, and also between employees. The company is the rebranded and evolved version of Belly.

CEO Jake Kiser joined Technori CEO Scott Kitun in the WGN Studio to talk about how building trust and loyalty has led to Hatch’s success. An edited version of the conversations follows below.

Technori: Can you tell me a little bit about what Hatch Loyalty does?

Jake: We’ve tried very hard to define Hatch as its own company. We’re a technology platform that retailers use to build their own loyalty, engagement offers or other consumer activation programs. We aren’t building a product that goes into market under our brand. We’re a software being sold as a service to enterprise retailers. 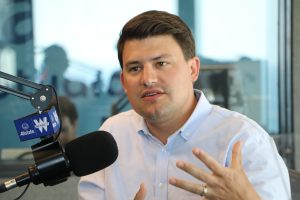 Technori: You started with Belly in 2011, which was the precursor to Hatch. What was that transformation period like from Belly to Hatch?

Jake: I think the bottom line is that Belly was built as a business to scale by selling to small businesses. And when you do that, you need to be very specific in where you’re investing your resources. You need to build a product team and really be on the cutting edge of what that product is, and keep it specific to the mom and pop retailer that’s going to buy it. And you also have to invest heavily in sales.

Following the model of Grubhub and OpenTable and Groupon before it, the idea was that you had to scale very fast in very concentrated areas. I would say that Hatch is sort of the antithesis of each of those things. We’ve learned — and been very fortunate to learn — from those before us.

Technori: What are some of the problems you ran into with Belly?

Jake: With Belly, our clients wanted something that was built just for them, which created a huge scaling problem. And there’s always going to be one winner with businesses like this.

So with Hatch, we went in thinking that if you want to activate consumers in a retail environment, you’ll need to use Hatch. You won’t have to build multiple programs and experiences and work on branding those, because that’s where a lot of companies get into trouble.

We started with a team that had been through the ups and downs and understood the industry. We also had built a ton of client relationships through Belly where we learned what we wanted to do differently.

For me, it’s okay to make mistakes. don’t make them twice. In the enterprise retail world, we have to say that we’re not trying to disrupt the way you decide to change your business. We’re here to help you as the enabler. 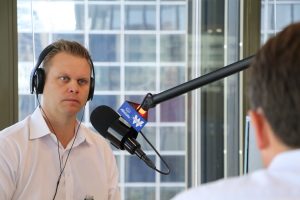 Technori: What are some of the differences between how Belly and Hatch evolved?

Jake: I joined Belly after its Series B, which was the last round we raised. So I wasn’t in the meetings where we were pitching to VCs and promising a certain growth rate. At the end of the day, there are fundamental metrics around the business model you’re selling. And when you say that you can sell something for X and it costs you Y, you get into a world that’s less about VCs and more about operating a business to scale. And I think Belly was never afforded the time to understand how to operate a business to scale.

I also think there’s a need to make a commitment at some point and say that this is what your organization is going to do. But you also need to be quick to realize that if it doesn’t work, you have another plan.

Because of where Hatch was founded and funded, we didn’t really have an opportunity to fail that way. We’ve taken a different approach in the sense that we’ve scaled with one major client. We have a couple other clients but from a platform development and revenue perspective, we’ve grown exponentially each of the years we’ve been around.

We’ve also submitted to the idea that retailers in general — our clients — can be the best source of innovation for us. We’re going to continue to be a small tight-knit team that works together, but we’ll leverage those partners to help us innovate.

Technori: All good CEOs are also great salespeople. They can get a deal done when they have to make it happen. How do you think about sales?

Jake: I remember a conversation I had with a former boss where he said that at some point, you have to be willing to be 100 percent honest with the person across from you at the risk of losing the deal. In exchange, you’ll build a relationship that will eventually help you someday. That’s been a guiding light for me as to when to turn on and off that salesmanship.

Focusing on my sales experience of not ever selling a commodity, I can have an honest conversation and explain that what I’m selling is really unique. And while they might not be ready to buy from me yet, they’ll come back when they’re ready and that relationship will still be strong. If you believe that what you’re doing is so unique or different, something that your clients can only get from you, then they will come back.

Part of what we’re doing is hoping to get where other people are going before they do. And really the crucial part isn’t just what you’re selling but the relationships you build. 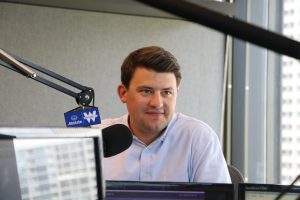 Technori: In terms of loyalty and reward, what have you learned from your experience and how have you applied that to Hatch?

Jake: It’s on me to lead people toward success. My job is not to force people to do something, rather it’s really about giving people the opportunity to succeed. And as a company, we really believe in our ethos, “Loyalty as an outcome.”

Our goal is to get everyone involved in our success. So we give employees the opportunity to step up and take ownership of things, and we also put partners and clients in a position to share our success.

I think what you’re going to find at the end of this thing — if we get to step back and take a 30,000-foot picture of it, wherever the end is — all of those people are going to be equally happy. It won’t be one winner and five people that were dragged along or 10 folks that felt like didn’t even have a part of it. If everybody has loyalty to this process and what we went through, I think that would be a success.