White Sox fans have an especially close connection to Guaranteed Rate — the company that purchased the naming rights to the team’s stadium in 2016.

The company’s founder, Victor Ciardelli, is happy to keep it that way.

Victor grew up in the Chicago suburb of Oak Brook. Back then, classmates wouldn’t have predicted Victor would become the CEO of a major mortgage company — he wasn’t exactly a star student.

After recalibrating his attitude in college, and in keeping with his underdog-made-good mentality, it was failure and frustration in the commercial real estate world that eventually led him to start Guaranteed Rate, the seventh largest residential mortgage company by volume in the United States.

Victor dropped by the WGN studio to talk about how that hard-earned grit helped him stick out the difficult times, and how the company is giving back to the community (outside of the baseball diamond).

Scott: I don’t know your educational background, but do you think you could have been trained to run Guaranteed Rate in 2019?

Victor: No chance. My educational background really didn’t exist. I was so rebellious I refused to do anything. I don’t remember doing any homework. My GPA was second to last for my entire graduating class. And it wasn’t that I couldn’t do it, I just refused to do it. Luckily there was a college, Columbia College in Missouri, that did accept me. And when I got out there, I was finally like, all I’m doing is hurting myself. I need to get my act together. 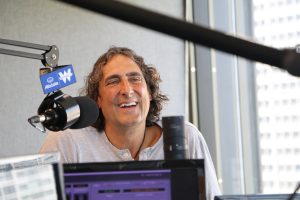 Scott:  Was there a moment where you thought, what the hell am I doing?

Victor: I got to a point where I knew fundamentally and authentically this is not who I am as a person, and it just doesn’t feel right, and I need to get back to taking care of myself, and focusing on what really matters, and I’m still working on it today.

Scott: So you finish up school: what’s the first real job you get?

Victor: Through college I did all sorts of stuff. I painted street address numbers on curbs, and it was awesome. And then another summer, I flipped through the Yellow Pages and I figured out every business I could start that didn’t have any upfront capital. And one of them was tarring driveways. So I put together a business called Tar Star Blacktopping, and when I wasn’t getting any calls, I would go ring doorbells. And I was busy all summer. You need to be willing to do whatever.

Scott: So you do this through college, and then I can’t imagine you going off to a recruiting agency and finding a job.

Victor: No. There’s a guy I knew of growing up, Wayne Huizenga. He started Waste Management with one garbage truck. So to see somebody like that take a single garbage truck and build it to be the largest waste company in the world, I was like, ‘Well he did it, he’s a human being, why couldn’t I do it?’ So I thought of being part of something that could scale.

When I first got out of college, I didn’t know where I was going to go. I actually got my commercial real estate license. It’s funny how things go because if I had made this one sale, there’s no way I’d be in the mortgage business today. I ended up putting a deal together with a great developer, and they just couldn’t secure the financing because the market was so bad. So at that point I ended up broke and in a bad spot. And this guy I worked with said, why don’t you try and get in the mortgage business? 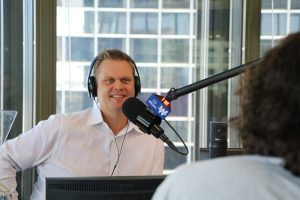 So I worked two nights a week as a telemarketer, making phone calls to homeowners and looking at doing debt consolidations, refinancing their loans. I think they had eight telemarketers and I was matching the entire volume of all eight. I took this guy I worked with out for a beer and I said, let’s start our own mortgage company. It seems so easy, we got this! My thought process was, I’m broke already, there’s really no downside.

Scott: I find this common thread with a lot of the successful founders is they’re scrappy. And the one thing that I have found among a very small, select breed of people — and you would definitely be one of them — is the sense of scale from day one.

Victor: People ask me today, are you blown away with where you’re at? I’m happy with where we’re at, but we’re really just getting started here. We set out to be the number one retail mortgage lender in the country, and we’re seventh right now so we’ve got a long way to go.

Scott: Tell us a little bit about Guaranteed Rate and what business you guys are in.

Victor: So we’re in the residential mortgage space. We started 19 years ago with the concept of being completely transparent to the consumer on rate and fee, and having a model where we’re willing to take lower margins with the intent that it’s goodwill. You’ve got to have phenomenal service. It ultimately comes down to, is the customer willing to refer their friends and family to you? That was everything to us. We’d offer low rates, no games, fixed fee, fully transparent. And using technology to streamline the process and make it easier.

We started as a startup in 2000 and we’ve grown to be the seventh-largest mortgage lender in the country. We funded $24 billion in loans last year. This year we’re on track to fund over $30 billion in loans. We’re in every state in the country, and nationally we have over 5,000 employees.

I started the first company, Guaranteed Financial Mortgage Services, in ‘92 and ran that for eight years. It was a great training ground because it was a flawed business model, because we didn’t have a great value proposition to any of our customers. I thought about scale, and being able to build something that is going to be real value to the consumer. In order to really scale, we have to build the best value proposition to all of our customers, compared to any other bank or mortgage company in the country. It’s really hard to actually make that happen and have it be meaningful from a company standpoint. 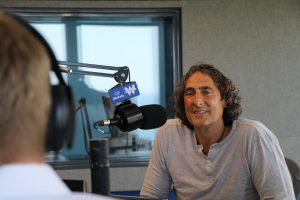 Scott: And so you ended up recognizing, ‘we could do this even better’ and starting anew, with everything you learned.

Once you’ve made it, make a difference

Scott: What are some things you care about and how do you get to serve them now?

Victor: I was part of a board of a hospital but I wasn’t making a difference. So I said, alright, who else would I rather help than my employees and their friends and family? We started doing a few things here and there, like if somebody got sick, we started helping out individuals. And I said I think this is the foundation that we want to start.

From there, it has grown outside of the business to helping out people who are homeless, women who are in domestic violence shelters, and helping them get established in a new place. We’ll usually pay for about a year of rent, and a security deposit. Give them a chance to breathe, to get resettled, and move on with their lives. We’ve hit over the $3 million mark which we’ve given to individuals. The company covers all the expenses of the foundation, so now every penny that goes in is really going to go to somebody that’s in desperate need of help.