You know the type: a generic opener with your name inserted in a different font, for a job you’re not looking for, in a field that might not even be relevant to you.

So many of these recruiting emails go unread, unanswered and unloved. As a long-time tech recruiter, Elliott Garms has seen this play out — which is why he’s putting the humanity back into hiring through his company humanpredictions. Elliott and his co-founder H (otherwise known as John Hundrieser), have résumés chock-full of the biggest names in Chicago tech — it’s a no brainer that they’re the ones putting together a database of technology workers.

And since this is tech, what makes humanpredictions smarter than your average recruiter is software that employs data analytics to give you up-to-date information on not just a potential employee’s skills and experience, but their preferred technologies, and how likely they are to be looking for a new job.

Elliott and I talked about where recruiters are failing, what makes humanpredictions better, and the appeal of the dropout story. 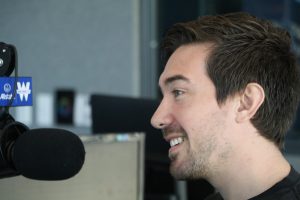 Everyone loses at buzzword bingo

Scott: I find with recruiters that a lot of times, they’re not even trying to learn about their clients and how to sell to them in a way that actually makes sense. They’re just like, ‘Here’s all this stuff.’ As much as you’ve got to figure out a way to get that data, it’s not good enough to just have it; you’ve got to present it in a way that I can use it without having to use any of my brainpower.

Elliott: Yeah. I refer to that as buzzword bingo. They’re searching for anyone that has a specific term on their profile and sending them a generic message. And that’s spam, and that’s why a bunch of the tech community is not excited to talk to recruiters, because they tend to not have any true specialization.

My business partner and I joke that with humanpredictions, we’re the only recruiting tool telling our users to send less email instead of more. But that’s been the trend for the last 10 years —  automate everything and play this transaction game. And maybe that worked at the very beginning, but everyone has wised up to that. Engineers especially: engineers have the best spam filters that exist.

Scott: How are you guys pulling in information in a way that makes you better than the rest?

Elliott: First and foremost, we’re adamant on only touching public information, and with tech there’s a large open source community where people are contributing code and projects to help one another. So there’s this very large public ecosystem that we can observe.

The main thing we’re doing differently is refreshing the data on a seven-to-14-day basis. It’s no longer hard to know who the engineers are, what their title is, what their email is. That’s why they’re all getting spammed. What we’re doing is watching what they’re up to over time. What technologies are they getting into? Those are probably technologies that we should talk to them about. What groups are they in publicly? Maybe we should be in those groups. A lot of our philosophy around recruiting is very community- and relationship-driven, so the tools we build try to facilitate that.

Scott: A lot of engineers and founders tend to be anti-authoritarian — like you and me. How would you advise those people about what to look for from recruiting outreaches? 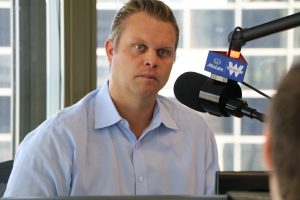 Elliott: I think it goes back to the spam detection. It’s really easy to send a thousand emails, but they tend to be meaningless. But when you send two and you say, ‘Hey Scott, I saw you’re really active in this Ruby group, and that you worked at this company that built a big ecommerce site. We’re building an ecommerce site, we’re doing Ruby. I’d love a chance to introduce myself.’

That’s when people are like, okay, this is for me. I want to talk to people that are going to take the time to write me something like that.

There’s a risk in hiring agency recruiters that are gonna spam everyone in town, because it’s going to hurt your brand. A recruiting message tends to foreshadow what it’s like at that company, and if it’s genuine, well-researched, and accurate, I think that is a good sign that it might be worth your time.

Scott: Tell me a little bit about your co-founder and the company. How did this all come to be?

Elliott: I grew up in a family of recruiters, hated school, got into recruiting pretty young. Coming up in Chicago, a lot of the engineers would be like, ‘Do you know this guy H?’ and I would say, ‘No, but I keep hearing about him. Who is this guy?’ He was running ThoughtWorks at the time. Later he went to DRW Trading, where he helped build a really impressive engineering team.

I was always really fascinated by this guy, and the companies he had worked at. In 2012, Groupon recruited H to run tech recruiting. His real name is John Hundrieser. So I went to Groupon really to work under H, and we hit it off, and I learned a lot from him.

I was later recruited out of Groupon to help start Dev Bootcamp in Chicago. I went to H and I said, ‘I’ve loved working with you, I want to work together again.’ And he encouraged me to take that opportunity. So I left Groupon, and after Dev Bootcamp was acquired by Kaplan, H and I linked back up. We formed a boutique consulting business, placing engineers. And it was that business that led to us inventing humanpredictions, initially to solve our own problems.

Dropping out, tuning in

Scott: There’s a certain type of person who is totally clued in to understanding how to connect the dots for other people. And it seems like you are 100 percent that mold.

Elliott: I’d like to think so. I’ve always felt much more of an EQ (emotional quotient) person than an IQ (intelligence quotient) person. Not that I’m dumb, but the big thing with me in school was to ask, ‘Why are we doing it this way? There’s a better way.’

I was pretty confident, I was very entrepreneurial as a kid. I had Go-Peds, so to get Go-Peds, I had a lot of lawn care businesses — whenever I wanted something I would just print out flyers.

I was a big Law of Attraction kid. I made a vision board in high school, and I really believe, if you want something, asking yourself every day, ‘How could I get it?’ And trying really hard to come up with new creative ideas. I believe in that stuff. 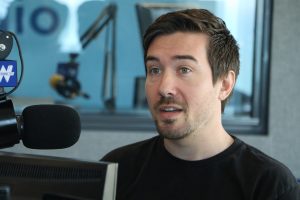 Scott: As a person who’s dropped out and not taken the traditional route — like a lot of founders — what has been something that’s happened to you that you have learned? If I had to point my finger at one thing that’s gotten you this far, what’s that thing?

Elliott: It’s very interesting and ironic how much being a dropout was seen as the worst thing, on the high school side of things — but people like it. It’s been surprising to see that the buttoned-up CEO mentor of mine, that I was ashamed around, will actually lead an intro with the fact I’m a dropout. So people that I would have thought, as a high school student, would never give me the time of day because I was a dropout, in many cases are the people that love that fact about me.

It’s funny, I was the party guy in high school. And a lot of my more academic friends that went off to four-year schools, they came back to Chicago and they’d been partying for four years, and I had been pounding the pavement here and I had a bunch of relationships with all the companies in town.

Scott: And they’re stuck to the floor of The Hangge Uppe.