Meet The Company Introducing Institutions To The Wild West Of Cryptocurrency

Meet The Company Introducing Institutions To The Wild West Of Cryptocurrency

You’d think that anyone working in the volatile crypto market would be constantly on edge.

But judging by his cool demeanor, Edward Woodford, co-founder and CEO of Seed CX, is a man at the edge of his industry but not his nerves.

At a time when cryptocurrency is rising in popularity, while also coming under scrutiny for its unregulated elements, Edward and his Seed CX co-founder Brian Liston are attempting to bring a more traditional audience into the game. After raising $25.1 million in 2015, the company said they were the first digital asset exchange with clients exclusively from “established institutions.” Their efforts to professionalize the crypto space were acknowledged by their peers in April 2019, when they won the FinTech Breakthrough Award for Best Cryptocurrency Exchange.

This didn’t all come easy for Edward — in fact, his first foray into the space didn’t go all that well, even though he got in early. He joined the podcast to share how he went from packing wetsuits in a rainy English seaside town to studying at MIT, and the moves that got him where he is today.

Scott: What is Seed CX? I want to learn a little bit about how it was built and the purpose behind it. 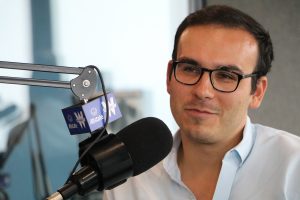 Edward: It depends who you’re talking to. Naturally, some people are more skeptical. The reality of this market now is that $200 billion is traded every single day. It’s already a really big industry, maybe not by traditional asset classes, but it’s still pretty big. And the potential there is so much more.

I don’t necessarily need to think that blockchain will succeed in every single area. I may even believe it’s going to fail in most areas. What I’m bullish on is that it will transform certain key assets and industries. I think what people misunderstand is, it doesn’t need to be absolutely everything. It can still be pretty transformative.

And so the vision that we talk about is, look, this is a really big market as it exists today, despite all the kinks that exist in the system, despite all of the problems that exist. If we can solve those, then the fundamental technology can really flourish. And that’s where you get into really exciting concepts about broader tokenization, decentralization, and the benefits that blockchain can actually bring.

Scott: How long were you in the space before seed CX was born? 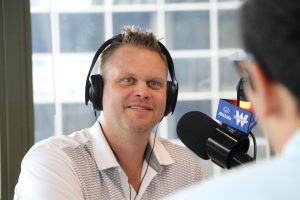 Edward: I first got involved with cryptocurrencies when I was doing my grad studies. I definitely wasn’t a good trader, because I got in very early and still managed to lose money! But I did a project for a Bitcoin ATM and became interested in the space and the fact that it was emerging, but actually went off and did something else.

Scott: Where are you from and what did your parents do? What was the experience like where you grew up?

Edward: I grew up in a place called Southend-on-Sea — a small commuter town outside of London. I went to school there, I go back as much as I can. I was pretty lucky: I went to a good school, went to a good university. Super fortunate to go to MIT.

I always say if you go to these great places and you don’t question what you want to, you’ve done things the wrong way. Sometimes there is pressure to go down the conventional path, but I was fortunate. When I called my parents and said, I want to go and raise money for this idea, they didn’t necessarily understand it, but they said just try it. I think that’s what people don’t necessarily credit: to be a risk-taker, you have to be pretty lucky in the sense of having a safety net. You put yourself through a lot of pressure, but I knew that if things got really tough I could jump, and my parents would get me a plane ticket, and I could fly back to cozy England.

Scott: What’s the first job you had?

Edward: I worked in a warehouse, packing wetsuits and water sport products. It was really fun. I grew up by the seaside, so everybody did something in the water. It was a great job and great experience. It was a founder-led company, and it was just great to see the business operations run.

Scott: What is it about you that seeing them operating their own business struck a chord in your head?

Edward: I think it’s confidence. It’s looking at people who’ve done things around you, having what people call role models. I’ve gone back to MIT a couple of times and done talks, and I always say, look, you’re probably not going to remember what I said most of the time, and take everything I say with a pinch of salt, but if you get to know me, I’m a pretty normal guy. Most people who do really cool things are people like me and you. Just have the confidence to try. The problem is most people never try, so they never take that risk.

Sometimes we put entrepreneurs on a big pedestal, but they’re people; they have fallibilities, they’re not perfect, and neither am I. But having that confidence to say, this is a normal person and I can also do this, it’s quite a big thing. 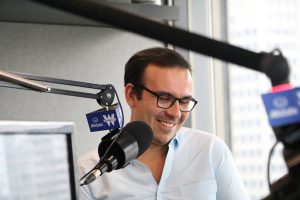 Living on the edge

Scott: What is your co-founder’s background? How did you meet?

Edward: I met Brian while we were at MIT, we were doing master of finance degrees. There, it was very traditional finance, very traditional markets. We were always interested in emerging markets — things that were on the fringes, that people didn’t necessarily want to engage in. That’s what really drove us, we felt that we could capture edge, difference, whatever you want to call it, because we were willing to enter this space. A lot of people are reticent to engage in areas that they don’t necessarily understand.

Scott: You said that before you started Seed CX, you stepped away from the space for a minute and did something else. What did you do?

Edward: We founded a company that was focused on emerging markets. We were more focused on agricultural markets. For whatever reason, that market wasn’t developed and the major institutions weren’t necessarily interested in these spaces, but we felt that we could capture some edge. We got regulated, got banked and essentially unbanked spaces. We developed products — in industrial hemp, avocados, limes, organics. It was a fine business, but it wasn’t necessarily as exciting as we thought it could be. So we then moved into the space about two and a half years ago.

Scott: Something like crypto, at this point it’s very much unscripted. There are so many things you can do. Five years from now, you’ll still be involved in the market, but it could be totally different.