“Move fast and break things” is a good approach for some. But there is something to be said for taking the time to do your homework.

Kim Marsh and Ale Breuer took the latter route for ezza nails. And perhaps that’s no surprise  — the cofounders are both products of Teach for America and the University of Chicago Booth School of Business.

Their mutual obsession with the minute details has helped them gain a deep understanding of their nail salons’ customers. That means they can provide better customer care and more relevant services, while also putting together a long-term strategy that’s set to chip away (pun intended!) at the multi-billion dollar nail salon industry.

Investors are excited for what’s to come: the pair raised $1.5 million in a seed round in April. Kim came on the podcast to share the details behind ezza nails, including how the company plans to address the cracks in the industry, and why it’s so important to empower your customers and your staff. 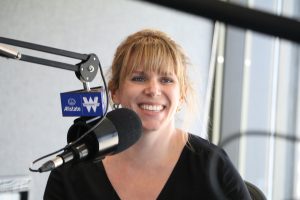 Hitting the bullseye on your target user

Scott: Give me the rundown on why and how you’re different.

Kim: We’ve created an experience that’s perfectly tailored for the modern professional woman. We open at 7 a.m. and we’re open until 9 p.m., so really convenient hours, because for many women it’s just hard to find the time. You’re doing it on weekends, and it’s difficult to schedule it in during the week. So the hours are really part of that. We have a seamless online booking system that allows you to pre-select your polish colors ahead of time, and we can have them ready for you when you come in.

We also have a membership model: we have power users who are coming in twice a month, signing up on a monthly or annual basis. They tell us that actually they’re getting 80 percent more manicures, yearly, on average. We are growing the pie because we’re creating that experience.

We’re not trying to be the nail salon for all customers, we know who our end user is. We are targeting this modern professional woman, we’ve built the business for her. She skews towards these gel manicures, which at a typical nail salon comprises about 25 percent of the business. This is a more expensive service. You have to come in to get it removed from your nails properly, so it lends itself to membership in that way. It’s a much higher margin service than a regular manicure. The prices double and the costs for us are much lower. So 70 percent of our manicures are these gel manicures, because of who our customer is. That’s a really different business.

Scott: We always talk about entrepreneurs solving their own problem, but I don’t want to make the assumption that because you’re a woman, you experienced this firsthand and you know how to solve it because you know more about nails. What happened? 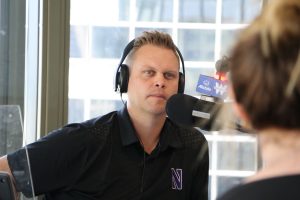 Kim: I met my co-founder Ale Breuer at the University of Chicago Booth School of Business. We were the only two Teach for America alums who had worked in management there: Ale had done recruitment and training for years, I oversaw the training development of teachers in Colorado. We had a lot of shared values, shared experience, and we were very fast friends.

Neither of us had actually gotten our nails done! I worked on a reservation in rural South Dakota for five years, and there were not nail salons there. Ale was working on the Southside of Chicago, not getting her nails done. But going to business school, she started to go a lot more. She lives in Old Town, and she couldn’t find a single nail salon that met her needs. In fact, she was overhearing women in the nails line talking about what a shitty experience they were having! ‘Why do I have to get cash to tip? Why is everyone rude?’

So that lead Ale to ask a ton of questions about why does the industry look the way it does. It’s a $14 billion industry where no one owns even one percent market share. She slowed down her coursework at Booth and went to nail school full time — I knew her as the Nails Girl at Booth for our first year! She was obsessed. There were customer surveys, she was doing popups, she experimented with on-demand nail services. She ultimately launched a popup with a membership model on the Gold Coast, and I was the first member.

I really started to understand what she was doing from the human capital side — that had been my bread and butter before business school. While I hadn’t thought about a career in nails, what she learned from research on competitors is that they haven’t been able to scale because they can’t recruit and train quality people, and then they can’t retain them. There’s massive turnover in this industry because people there aren’t great employers. So our business is all about people; we just happen to do nails.

Scott: This confirms my theory that the people who make the best disruptors are the ones that have absolutely no experience in that field: they don’t know what they don’t know, but they know enough.

Kim: Yeah, for sure. There’s a lot around nail science and the industry specifics that we’ve had to learn. But we’re not afraid to ask those questions.

Scott: My guess is your competitors probably don’t invest time or money into the nail science. 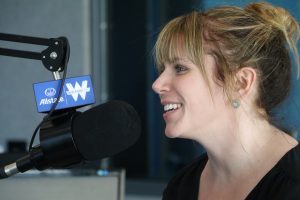 Kim: In terms of data, no one we spoke to understood their cost structure very well at all. They knew they had razor thin margins, but they didn’t understand them at all.

We have this $50 gel manicure that’s supposed to last two weeks. It can’t chip in five days, or I’m going to be pissed! When we asked salons or even big names in the industry, what percent of manicures come back to you with a chip inside of two weeks, no one had any idea. No one had been tracking that data. That was scary — what is the lifespan of this product? Why can’t anyone tell us this?

We had to develop data systems to better understand. Is it the product? We found that there are certain brands of gel polish that are much more likely to chip. Is it the guest? Yes, there are guests who are more prone to chipping. But the biggest source of variability was the nail specialist. We had certain nail specialists on our team that had near zero percent of manicures coming back, and others who were at 10 percent consistently. And if we hadn’t developed those data systems, we would have had some sort of intuition, but we wouldn’t have known.

Scott: Can you select the nail technician?

Kim: Not currently. We say that you can trust anyone on our team. We have both spent our careers really focused on talent and development, and are very thoughtful about how you scale training in a way that will ensure consistent quality.

We have a really rigorous recruitment and training process. It’s not easy to get hired at ezza, we are pretty selective, and we are very thoughtful about the training and onboarding, to ensure that consistent experience.

Also, I think it’s very important that we don’t have people building independent clienteles, because that promotes a salon environment that’s very competitive. Most women who are in the industry are making their living based on building an individual clientele. They are earning a percentage of the price of service. We’ve switched the compensation model pretty dramatically; we pay a high hourly rate, plus gratuities, plus we have performance-based bonuses, as well as health and dental benefits. We say it’s not just a job, it’s a career: we have career pathways and opportunities for employees to continue to grow and develop and take on additional leadership.

Scott: What do you think are the most important factors that you need to get right for this to become the gigantic disruptor that it could be?

Kim: Everything around the staffing side of the industry is number one. The scaling is all about how do we build that company where employees feel valued, and well-compensated, and where they want to stay long term. Any other comparable business in the industry who’s tried to do what we’re doing, that has been the hiccup.