Meet The Investors Swinging Big In The Midwest

Meet The Investors Swinging Big In The Midwest

If you buy into the mainstream narrative around the U.S. tech industry, California and New York are the two gleaming lights on either end of a dark and empty tunnel that runs between the coasts.

That makes Victor Gutwein the man with the flashlight, shining a glowing beam onto the hidden opportunities all around the Midwest.

Raised in Indiana and residing in Chicago, Victor was still two years shy of turning 25 when he co-founded investment firm M25 with Mike Asem in 2015.

So far, M25 has a portfolio of 88 companies, including former Technori guests humanpredictions, Winston Privacy, 2ndKitchen, and True Public.

Victor stopped by the WGN Studios to share his insights on identifying companies that have the magic ingredients to rise to the top. 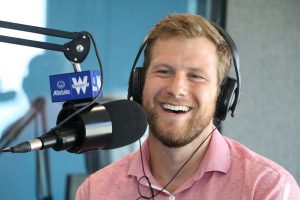 Scott: You take a very unique approach — compared to what goes on here in Chicago, at least. What are you looking for when it comes to investments?

Victor: There are the basics that everybody’s gonna say, like team, market opportunity, traction and product. But when it gets down to it, we really are interested in the company that has a balance of those. That’s what makes it compelling across all the other investments we’re seeing — and we’re seeing over a hundred a month. That balance has to be there.

We haven’t invested in a team that’s just a great CEO and that’s it. We haven’t invested in a company that’s just scaling really well — for example, it has a lot of revenue but we don’t necessarily see the potential in the market opportunity longterm. So there has to be a balance. And we look at that as objectively as we can: we score this on a scorecard model that’s pitting every variable against all the other opportunities we’ve seen.

Recently we’ve been really interested in companies that are in huge markets but are very, very early. So the team is compelling, but they’ve only managed to get that first couple thousand dollars, they’ve gotten their first commitments to use them, but this could explode — they could sign some big deals. Within a year, they could be over $1 million annual recurring revenue (ARR) and it could really take off. There’s risk there, but the potential is huge. We’d rather take big swings and fail on a lot.

Scott: I think that one of the mistakes Chicago has made historically is that they didn’t raise the appropriate amount of money knowing that it would come back to them from these early companies. You have to throw a ton of these early startups some money because the Big Fucking Idea (BFI) is there, it’s just a matter of not missing it.

So we have got 88 portfolio companies so far in the past four years. That’s a lot. And we didn’t know which ones were going to be our best companies when we first invested, but we’re trying to make investments into things that could be huge. You’re doing your research and due diligence, you’re trying to make a really thoughtful decision, but ultimately there’s a lot of things that can happen that are outside of your control, the unknown unknowns. So we’re trying to take big swings and we have allocated that capital accordingly. We’ve allocated our capital relatively evenly amongst each one.

That’s the core thesis and why I think we have some winners — and we have losers too. But that’s the model.

Making it in the Midwest

Scott: What was it about the [early stage] strategy or about your experiences and who you are that made you decide this? Because if you walked into parts of New York, and definitely Silicon Valley, they would think it’s obvious. But in Chicago, that’s not how people look at it.

Victor: So when I was starting just over four years ago, looking at the market, the Midwest had some capital but it was relatively conservative. And there was burgeoning startup growth, an ecosystem. As a percentage of all U.S. early stage deals, it’s been growing from 10 percent 10 years ago to 20 percent now. It’s really taken off.

But there wasn’t a lot of risk capital early on. So to me, the strategy was, where do I have an opportunity to make an impact? And it’s early, and it’s a lot of deals — that’s where we can actually get some traction as somebody with no brand, no reputation, a brand new firm; we can actually make an impact. And then people start hearing about us: oh, you invested in that company? That happens time and time again now.

The Midwest was an opening and opportunity. There are more and more seed funds, but the best rounds are still not that competitive yet. We’re seeing some coastal funds come in for the Series A, maybe a late seed round, but most of the capital is still not coming in until $5 million, $10 million, $20 million rounds here. So it’s an opportunity for a newer firm. 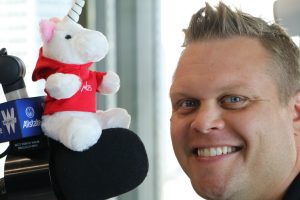 Baby unicorn status was bestowed upon Scott by Victor.

Scott: Most people think of entrepreneurs at startups as 20 year olds, but the average age of investible entrepreneurs is actually much older. When you’re meeting founders, do you ask questions like, tell me what your circumstances are and how do you manage life?

Some of them, you know that they’re not putting everything in, because they don’t have that stability or the willingness to give up the stability. And that’s why sometimes a founder that’s older can be difficult, if they have all these life handcuffs; but then too young and they don’t have as much experience.

Scott: I think that people don’t quite understand that it’s okay to have to make certain sacrifices.

Victor: I think there’s a sentiment of people wanting founders to be able to have a super balanced life, and the nine to five job, but that’s going to be a bad founder. They have to give up something to get this, and very few people will do that successfully, and put everything in. 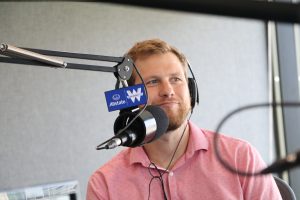 I think we expect in this era that you only have to work so much and then you’ll still be able to have your family and have your home. I think that’s a myth for successful founders. You look at the biggest tech icons and it’s not a happy life. There’s a lot of drama. There are divorces, there are horrible things, and they’ve given up everything to be at the top. I’m not encouraging the extremes, but it doesn’t mean you can do all of it.

Scott: You and I spend similar times on our careers, and based on what I’ve heard from you, and I know for me, our wives are maybe less than thrilled with our participation at home.

Victor. Yeah. It’s either you’re being pulled to work or you’re being pulled home. So your friends are just out, is the first thing. But then you try to find something that can be meaningful, so you can maximize the meaning of the time that you’re home. And for me it was making breakfast: I decided I’m gonna start making a hot breakfast! I started with scrambled eggs, got sick of those, and now I’m trying to alternate.

Scott: Is it one kid for you?

Victor: One kid, we’ve got another one in a month.