In tech, we talk a lot about “hockey stick growth.”

A more appropriate metaphor for meal kit company Home Chef might be boiling hot — the startup went from half-baked to fast rising in just four years.

As long-term Technori listeners may remember from a previous interview, Home Chef was founded in 2013 by Patrick Vihtelic, who was inspired to bring homemade meals to as many people as possible thanks to memories of the fresh food he grew up eating on his family’s farm.

In May 2018, they were acquired by Kroger for an initial sum of $200 million, with the potential to earn $500 million more from future earnout payments, based on hitting certain milestones over the course of five years. With that in mind, they’re partnering with Kroger-owned grocery chain Mariano’s to sell meal kits in stores.

Still, Matt is far from complacent. In the interview, he talked about the company’s early days, complete with a smoky test kitchen; their upcoming challenges; and how to help people answer the daily question that tears households apart: what’s for dinner?

Home Chef is offering a special promotion for the Technori audience. Use the code TECHNORI when you sign up to get $80 off and $20 off your first four boxes!

A recipe for success 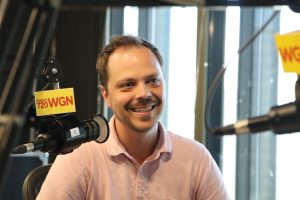 Scott: Chicago’s a hell of a good place to be for tech, but it’s even better for food tech.

Matt: It’s like groceries and food are the last frontiers, I think that’s what we’ve seen in the last couple of years. We’ve had Grubhub here, Uber Eats and Postmates, so the expectation of being able to access food via your mobile device and get it nearly on-demand normalizes customer expectations, and so that disrupts the traditional grocery industry, and the traditional restaurant even. So I think you’re seeing that rise in tech in food because of that.

Scott: It took a while to convince my wife to do Tovala, but we now have four boxes delivered every single week. And we go to Mariano’s and they have the ClickList, you don’t even have to go in and get your groceries. All these services have been invented because the groundwork has been well laid.

Matt: Yeah, we’re the same way, we rarely go to a grocery store. It did take some time to convince my wife as well, but once we got into that cadence of getting groceries delivered and not going to the store, it was like, look how much time we’re saving. Convenience is a key to all of this, and that’s really what’s been normalized, whether you want to get that food hot and ready to eat on-demand or are planning meals for that week. Now, with Home Chef or Tovala, you come home and you get a home-cooked meal, but you really don’t have to think about it.

Scott: So you came on to Home Chef as CTO four or five years ago?

Matt: Yeah, about four and a half years ago. It was less than 15 employees — 14 or 15. We were at the end of our MVP [minimum viable product] phase: so we knew we had a product fit, but we were very MVP in terms of the processes and even the website and how everything looked. We needed to scale from there.

Scott: I want to learn more about you personally, as a technologist. What was your story? 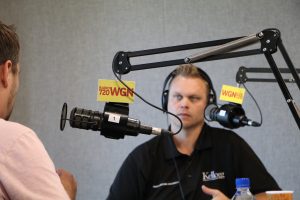 Matt: I have worked in all sorts of industries, but not food or even necessarily e-commerce up until Home Chef. That’s what is really great about being a tech professional, you can pick and choose an industry, if you like, or product. Prior to Home Chef, I was a technical cofounder at a company called Snapsheet. I was there for about four years — auto insurance industry claims. It was great, I built a mobile SaaS platform.

But what I wanted to do next was definitely more on the consumer market and e-commerce. I got connected to Pat, and through a few conversations, I realized that there was a real product here. Pat’s great, and it seemed like customers were really into this thing. Those things together were the exciting part.

Scott: What was the conversation like — on both sides? There had to be a moment where you were like, okay, there’s something here.

Matt: Yeah, I ended up consulting with them for a little bit, so it didn’t happen with one or two conversations. He said that he thought they were at the end of the MVP stage. So we talked about the product market fit and about the industry, and some high-level vision of what he was thinking.

I was trying to figure out what I wanted to do next. I thought it was great, and I thought could help. I was just doing a lot of coding. I knew what I wanted to do: having been in startups, I wanted to be early in a startup. I love building, and I love the idea of getting a chance to build a team around me, and a company. And that was what I was looking for.

So I set off to help them build out, take it from MVP to 1.0. And I got to know a lot of the people on the team. We were in the West Loop, and our warehouse was down below.

Fun startup days: one of my favorite memories is when they would get smoky in there from cooking, and we’d have to go get an early lunch and let it clear out! And then one day it was like, wait, this is what I was looking for. And Pat had gotten to know me too, so we talked about it, and decided to do full time soon after that. Started hiring people. And the rest is history!

Scott: How do you sell a founder — in this case, Pat — on this concept that not only am I a good fit to be your CTO and help you run the tech, but I’m a good strategic partner to help you build this company?

Matt: It’s a partnership. Whatever the CEO or the founder brings to the table, you want to be a good complement to that. Pat taught himself to code, enough to build the MVP of Home Chef. From day one he said things like, I built the original version of this, but I need to fire myself and get someone who can take it from here. I think that self-awareness is critical.

Scott: What are some of the interesting observations you’ve made about people’s eating habits or food preferences? 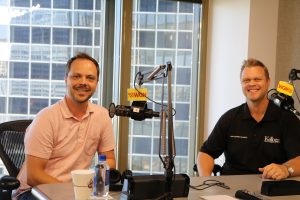 Matt: One of the big things I’ve learned is that people are pretty finicky with their food choices — and that’s fine, I am too. But what they say they want to eat is different than what they choose. You can actually set some taste preferences on our site, which will recommend different meals for you. We pretty consistently see people moving those meals around and back. It’s kind of funny to think about that, but at the same time, food is very personal, social, sometimes emotional. So I totally get it, and I think that’s fine.

But what that has told us is, should we build a Netflix-style, really intense recommendation engine that believes that we know what you’re going to want to eat tomorrow night or next week? That’d be a heavy lift. It might be a fun project. But I think the data has shown us over and over that it’s not as enticing to customers. They want to be able to choose, and we’ve really targeted that.

Scott: Kroger must be looking at that: they can learn a ton about how to position the food and products that are in the stores. The experience that they create in the stores is just as applicable as the information that you have for an app.

Matt: Yeah, their customers’ in-store shopping habits are different. They’re going online and either getting pickup or delivery and going to the store. Evolving the in-store experience is just as much a part of it. We felt there was great alignment in that. They have years of rich history and behavior in-store. We had a couple of years’ worth of habits and data in terms of how customers choose meals online. And so we complement each other in that way. So it’s a great deal for us, we’re rolling out our products in stores this year. But they have viewed us as a great partner in terms of e-commerce or digital traffic.

Home Chef is offering a special promotion for the Technori audience. Use the code TECHNORI when you sign up to get $80 and $20 off your first four boxes!