When you’re building a company, you’ll be given lots of free advice. But your success might actually hinge on knowing which advice to ignore.

In the case of Desiree Vargas Wrigley, that would be the old adage about never working with children or animals. While she has yet to turn her focus to the latter, her second startup Pearachute is proving that the market for kids’ activities is ripe for the picking.

Desiree has been on the Technori radar for a few years. She gave a keynote speech for an event back in the fall of 2015, in which she discussed the challenges and triumphs of her first company, GiveForward. In February 2016 she founded Pearachute, which she presented at a Technori Startup Showcase.

You may also have caught her on ABC’s Shark Tank: just four months after launching Pearachute, Desiree managed to score a $500,000 investment from Mark Cuban, although she ultimately decided that the terms of the deal weren’t worth it. She went on to raise $1.2 million in venture capital, plus $240,000 from crowdfunding platform Republic.

Anyone with children will appreciate exactly why Pearachute is doing the opposite of its namesake and taking off — especially in the middle of summer, when you’ve exhausted your imagination and wallet trying to keep the kids entertained. And Desiree has big ideas about where she’s going to take that mounting momentum. She told us where Pearachute got its start, where it’s going next, and the major pivot she had to make.

Scott: I now have a baby girl that I have to figure out what to do with. What’s a class that Pearachute has for a six-week-old child, or is it more for the parents? 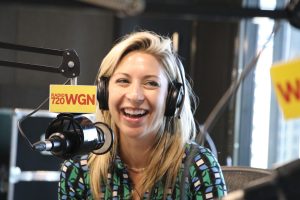 Desiree: It’s a little of both. So Pearachute is a website and an app, and we make it really easy for families to discover and book the best family-friendly activities happening in every city across the U.S. We have infant massage, which you can start as early as six weeks, and then we have a lot of new parents classes, so you can start to build your community of parents who have similarly aged kids.

Chicago is our hometown and headquarters, so most of the stuff is here — but across the country, we have I think 1,500 partners that are listed with inventory that you can purchase for credits. And then beyond that, we have probably another 5,000 or 6,000 providers that we work with through our third-party integrations. And then on top of that, we have 13 million spots of inventory through our API integration. So we’re getting pretty big.

Scott: And how does it work exactly?

Desiree: So you come onto the site or the app, and you put in your daughter’s age and how far you’re willing to travel. Then we give you a list of all the different activities you can do on any given day as a family. That includes postnatal workouts with daycare, and prenatal fit, and free story times at the library. And we also have concerts in the park, so it’s not just paid experiences, it’s also the great activities that are happening in your local community.

The original inspiration for the business was that I suddenly became a stay-at-home mom. I had two little boys, they were 18 months and four years old at the time. I wanted to do something with the week, but I had no idea how to entertain them or enrich them. And when I went to look at activities, you had to sign up for 10 weeks at a time or 12 weeks at a time, and each one is $300, so it’s a huge commitment, especially since I wasn’t working at the time.

So we looked at the ClassPass model — me and the team at Builders VC — and said this is working in adult fitness, maybe it can work in the kids’ space, with the idea of helping families discover new activities and also help these providers who have these empty spots.

But as my kids got older and I thought about our role in the marketplace, I realized that what we were really selling was helping families strengthen the bonds that they have and helping them build memories. And that doesn’t happen by going three times or seven times to an activity; it’s those special one-off things that bring you together, and make you feel connected with your community. And the class pass model just falls apart for that, because it’s all leftover inventory, so there’s nothing happening at three o’clock on a Sunday in the kids’ classes space. But in the community, there’s a lot of things happening, especially during the summer.

So we evolved the model. On April 1st, we decided to start working with providers through Eventbrite, Groupon, Things To Do, Ticketmaster, Goldstar. In basically every city in America, we have this baseline of activities that you can do, and then we partner with individual activity providers, and they can 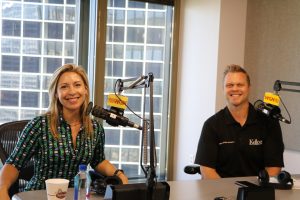 self onboard through our partner platform and add their own classes.

Scott: What is your biggest value proposition? What’s the thing that people love from you? I see a lot of entrepreneurs move away from the one thing that they want to own.

Desiree: I do believe in doing one thing and doing it well, when that one thing is killing it. But we recognized that the class pass model has a lot of fundamental flaws, and so we had to evolve out of it. One of the flaws is that you’re dealing only with remnant inventory, so there’s a point where you have too many customers for the amount of inventory, and suppliers are never going to give you more classes because they don’t want to discount classes that they would normally get full price on. A market like Chicago, we thought could sustain 50,000 customers. At around 5,000, we started to see churn go up.

The one value prop that we have is living at the intersection of discovery, convenience and affordability for families. What it allows us to do is create additional revenue streams that have higher margins. Within the kids’ activity space, whether it’s affiliate or managing the inventory directly, margins are somewhere between 20 to 30 percent. But when you start to think about the brands that are trying to get in front of women, especially, aged 25 to 45, the opportunity there is massive. We see ourselves as a new kind of media player within the category, able to create contextually relevant ads and content around what families are looking to do.

We’ve been calling ourselves the Amazon for family entertainment and enrichment, and the idea there is that Amazon wouldn’t be what it is if the customers didn’t come to purchase things. We see ourselves similarly placed within our industry, where people come to see that if it’s not on Pearachute then maybe it’s not worth going to. And it’s also an ease, right? You can do it with one click on Pearachute because you have these stored credits, or we have your credit card and you can transact really easily, as opposed to getting there and not knowing how long the line is, whether or not they’re going to have spots available. And we’re actually about to integrate with Atom Tickets too, so soon you’ll be able to get kid-friendly movies coming through.

Scott: Could we nerd out for a second on the media piece of this? The Amazon for kids, that’s a model where once people are in it, you can advertise to them inside of it, whether it’s direct or indirect, and allow them to make purchases in the app without ever leaving. So your job on social is to get people 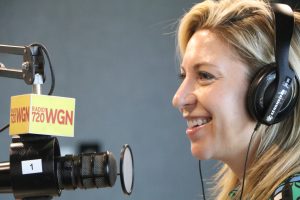 Desiree: There’s also a social level of commerce. So we were selling something like $50 gift cards to Home Chef on Pearachute for a few credits, and every time someone purchased one, a push notification was going out to their friends that they just purchased this. And you wouldn’t want that on Amazon, where you’re buying underwear or something, but within our world, it’s all brag-worthy, right? Like I’m taking my kids to The Wizard of Oz at Chicago Shakespeare, or whatever. So we think there’s a lot of opportunity within the direct-to-consumer brands that are focused on mom, dad, kids, transportation, entertainment, all those things. It’s an exciting place to be. We 10xed monthly active users since we launched nationally, which is big.