If business is one big game of chutes and ladders, social media platforms have proved to be the obstacles that have sent even established brands sliding back to square one.

For anyone over the age of 17, contemplating not just the functions of these platforms but how people are actually using them — and how that fits in with your business — is enough to put (more) gray hairs on your head. And yet ignoring them is not an option: it’s evolve or die.

Fortunately, Corbett Drummey has got the game manual that can help you navigate around those potential slip-ups. Corbett is the CEO of Popular Pays, a platform designed to help brands connect with content creators who can give them that much-needed social media presence without adding undue stress.

Corbett and his co-founder Allan Holmes left jobs at prestigious ad agency Leo Burnett in 2013 to start the platform. Two years later, they participated in startup bootcamp Y-Combinator. By 2018, they’d raised a total of $11.5 million, and Corbett was named one of Forbes’ 30 under 30.

But choosing such a mercurial industry means adapting to constant change. Corbett dropped by the WGN Studios with advice on how to use influencers, what Popular Pays has been up to recently, and what’s in their game plan.

How to use your influencers 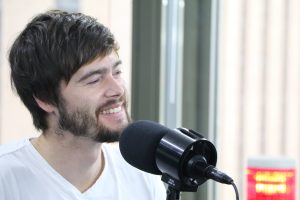 Corbett: Influencers are awesome at creating native content for whatever channel you have. But the weird thing is, for most brands that are just dipping their toes into influencer marketing, influencers would not represent a good media buy for them.

Look at the dynamics: a single influencer that has like 100,000 followers, maybe only 30 percent see the photo, and half might live overseas. You get down to a really small audience that actually sees it organically. A lot of people will try influencer marketing, they’ll spend $20K on influencers, have them post, and not see any ROI [return on investment]. And then they’ll say, oh, this doesn’t work.

It takes a lot of effort. Clearly, it can be done. Look at what Fyre Fest did for a non-existing product! If you use a smart strategy and the right influencers, you can make a huge dent in the social world. But it either needs that smart strategy if it’s just organic awareness, or it needs paid support.

Scott: A lot of the brands think, oh, this influencer said this, we’ve got a million followers, they’re all going to be customers.

Corbett: There are only a few people in the world that can do that, like the Kardashians. I’ve heard from people who have got a sponsored post from them and have gotten measurable sales from day one. It’s like a Superbowl ad on Instagram. But you can also achieve that effect by, for example, gifting out product, and getting everyone to post with a certain strategy in a certain amount of time, or have an ongoing evergreen campaign. It’s like you’re sponsoring mini movies again and again, instead of putting your GMC truck in “Transformers.” That’s why instead of sales, we have client partners who work with the client on making a strategy because it is difficult but it can work phenomenally well.

Scott: I want to talk about the evolution of Popular Pays. We’ve talked about this through the last couple of years. How are you guys working with companies? 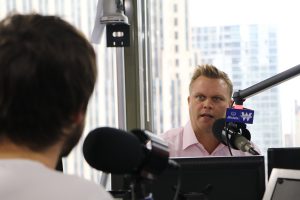 Corbett: The single biggest thing has been our continued focus on producing this software for collaborative creators and influencers, and focusing on building that operating system for content. I came from Leo Burnett, where we were working with Allstate, and we had to produce like a couple of commercials a year. But now every brand, whether it’s Allstate, McDonald’s, etc., they have to produce 4,000 pieces of content a year. That scope is crazy. You need software to manage that content production and collaboration.

We’ve now been selling to smaller clients, like startups or medium-size brands. We sell the software as a tool, like on a SaaS [software as a service] basis. For our larger clients, like the Allstates or the Nike’s of the world, we sell them the tools which they can use, but also layer on custom campaigns and support.

We need to build this OS [operating system] for the industry, where brands can have the tools to find the right creator, whether it’s a Pinner, or a Youtuber, or someone making a filter on Snapchat. So it’s vetting on one hand, collaborating on the other, and then transparent data and analytics, which is the thing I’ve been beating my drum on for a little bit. Unfortunately the space that we’re in is plagued by a lot of smoke and mirrors, and we’ve been trying to make it our mission to give clarity and transparency into the space. So when you subscribe, you get complete transparency into not only the impression data from a creator, and how many actual views they get, but complete transparency into the costs. We’ve been really pushing on selling this OS with the vision that we want our company to really stand for pushing transparency into this system.

Scott: You’re going through your evolution: there are parts that you’re going to chuck, and parts that plug into the next one. What does that line look like?

Corbett: It’s been an interesting thread. We presented at Technori in the earliest stages: originally, you could get a free product in exchange for a post. We ended up moving away from that, because we found that the people who really found value in it, they needed a creative brief to dictate, ‘This is what I want from you in terms of content.’ But in exchange they also paid, because they were asking a lot from you and not just an easy post.

We are really grateful for that earlier product — we called them swaps, like swapping a photo for a product. But we retired that and focused entirely on this paid gigs system. And at first it was just a marketplace where you’d connect, but over time we put in all these collaboration tools, like the tools around reviewing Instagram stories at scale, or checking revision history for the edits you requested. We’ve added tools around search, we’ve had these workflow tools, and adding more tools around transparent data. Those are hugely important pillars for the future of our software.

In terms of jettisoning things, and jettisoning aspects of the business, if I had to pick one, we really don’t view ourselves as an agency, we view ourselves as a software company. It’s what we think the space needs, and what we’re here to build. I came from an agency where we scaled with people, and it’s so different to see the case where you just sell them the software.

Let’s say we have a campaign with Nike. They have all the tools to search for creators etc., but often with those biggest clients, we’re using our own tools to find shortlists created for them, for example. But now, the biggest users on our platform on the brand side are the SaaS software users who are spending 18 to 20 hours a month searching for people, inviting them, collaborating with them, etc. 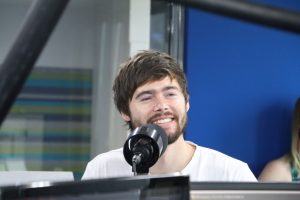 If we had to pick one thing that’s really the future of the business, definitely the future is in software. It enables our team: we’ve actually gotten more efficient, we need fewer client success managers, because they have all these tools. But it also makes our clients more efficient. If we have better tools for matching brands and creators, we can all spend more time, for example, on the creative strategy and the more human aspects, and less time on contracts, and payment, and all the work of day-to-day collaboration.

The swerving road to success

Scott: The late great “trillion dollar coach” Bill Campbell said that successful companies have these pivotal moments where it looks like this winding road, but if you actually expand out and draw a straight line through all of the turns, they all intersect.

Corbett: I believe that. I’ve viewed our company as having to change almost completely every two years. I think advertising changes completely every two years — Instagram stories was barely out two years ago, as a format. But I think that’s because things happen so fast now that you have to disrupt yourself, otherwise you fail or get disrupted. Each thing might not work, but that iteration will get you closer to an ultimate vision. And the successful companies make it through each of those pivots and differences in their ideation.