“Uber for ‘x’” is the most overused, maddening phrase in startup land. It’s hype-marketing shorthand for just about every business idea that leverages the sharing economy.

That’s why co-founders Keithan and Quiante Hedrick were initially wary of framing their live-translator-on-demand app, Instaspeakers, as “Uber for translation” to potential investors. 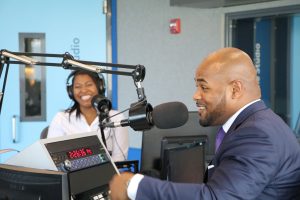 But the VCs they spoke to recognized that it’s actually an appropriate analogy for Instaspeakers, and they began to use it, says Keithan.

The Instaspeakers app went live August 11 and is poised to make a global impact.

“There are about 1.3 billion people who travel internationally every year,” Keithan notes. “The travel services industry is worth $1.1 trillion.”

Translators on the platform are certified, working professionals –– not just people who are bilingual. Plus, they’re available via live video call, 24/7. It’s light years more effective than software like Google Translate, and more accessible than B2B translation services like TransPerfect and LionBridge.

“What makes us different is that it’s a consumer-focused product,” says Keithan, who says Instaspeakers’ target audience is international travelers.

“If you’re in a foreign country, and you’re lost, you need somebody who understands –– who has compassion,” he adds. “Translators can deliver messages in a way that understands what you’re going through. Language services is not just about translating words. It’s about people.”

If you’ve ever traveled abroad and encountered the everyday frustration of a language barrier, Instaspeakers could quite literally be a lifesaver. For example, if you’re severely allergic to nuts, that’s a vital thing to communicate in any restaurant. But it can be extraordinarily difficult to make yourself completely understood. That’s where most consumer-grade software, pocket dictionaries and other translation aids fall short. 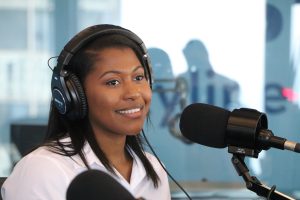 The problem with the most popular solutions –– AI-enabled translation apps ––  is that they don’t provide context, says Keithan.

“Google Translate doesn’t know how to connect what we just talked about two sentences ago with what I’m saying now. It’s literally just meant to spit out the best version of what you said in the language that you choose. That’s it.”

Furthermore, it’s not a conversational tool, he says. “If you spoke Spanish, we would not sit here and have a conversation using Google Translate. I would try to get what I need, and we would disengage as quickly as possible.”

“We’re connecting you with people who know context,” Keithan explains. “You’ve got a person on screen, in real time, on demand. We can have a complete conversation. The translator’s only here as a third party intermediary, telling us what we’re talking about.”

Using Instaspeakers is easy: select the language you need to translate and you’re paired with a  licensed translator for a video call. 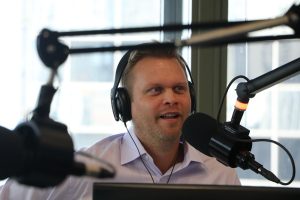 Just like Uber, Keithan explains, “it’s an interface app –– but you’re charged by the minute, instead of by the mile.”

The app has two tiers of service: The Elite tier features translators who have less than 10 years of translating experience. “That’s for everyday use,” Keithan says. “Hey, I’m traveling, I just need somebody that knows the language.”

Elite customers pay an affordable per-minute rate for $1.50. Instaspeakers also offers a Premier tier aimed at business customers seeking more seasoned translators with 10 or more years of experience. The charge is $2.50 per minute.

Instaspeakers is an Uber-easy side hustle for translators, too.

“Anybody who’s certified in that language combination can be anywhere in the world,” Keithan says. “Bookings come through, you receive them, you work them through the app, and go about your day.”

When customers book a translator, they estimate how much time they’ll need. That helps translators choose jobs accordingly.

“We tell our translators: you can do it on vacation,” says Keithan. “Wherever you are, there’s no restriction, as long as you have internet access and a smartphone. We did some test calls yesterday with our translators. It was cool to see people answering their phones from their couches. They went from chilling to earning.”

He notes that translators who have medical or legal certifications won’t see Instaspeaker as a viable option right now. They’re probably already making good money. But as the company grows, it can expand its offerings and add tiers for those areas of expertise, and attract specialized translators.

“If we can have the right price point, they’ll be enticed to join us,” Keithan says. 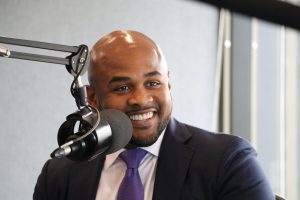 The business model for Instaspeakers, Keithan explains, is both simple and savvy.

The company projects 2,778 translation sessions per day and $52.5 million in revenue within its first year. On that track, it could grow to 10 million sessions daily, which adds up to $15.75 billion per year by 2024.

In the age of impending 5G, the sky’s the limit for Instaspeakers. In addition to growing the company’s dual user base, technologies like augmented reality could transform the experience of live translation.

“We definitely want to have partnerships like that,” Keithan says. “But the one thing we want to retain over time is that Instaspeakers is not artificial intelligence. We are not machine learning, which is really what’s dominating the language services space.

“We’re about making sure we keep it people-centric.”