Finding great sales talent is notoriously tough. Interviews are a poor predictor of future performance, and without the proper on-the-job support and training, even a seasoned sales pro can flounder in a new environment.

Raleigh Wilkins gets that and is tackling the problem from all angles. He understands the burnout and confusion that can come with a job in sales. A few years ago while working for T-Mobile, he was the worst-performing sales rep on the lowest-performing team. But Raleigh had something many of us don’t: leadership training from his time in the military.

Raleigh leveraged those hard-won skills to design a sales process that earned him two promotions within nine months. And that was just the beginning. He went on to become the fourth-best rep in the country for T-Mobile, before moving on to run sales departments for other companies.

Today Raleigh runs his own company, Wheeler Wilkins, which offers sales training based on the processes he developed while improving his own sales skills.

Raleigh, who is also working on building up a team of former-military sales reps that businesses can hire for short periods of time, calls his approach the “ground truth sales system,” because the best intelligence comes from the boots on the ground.

You certainly can’t compare a bad day at the office to active duty. But the ideas that Raleigh brings to the world of sales, the process and preparation, can definitely help any of us survive a sales crisis. Here’s some of what he shared on the podcast.

From soldier to sales king

Raleigh: Sales is an art and a science. It’s being lost in today’s world. It’s the art of persuasion, but at its core it is a process. 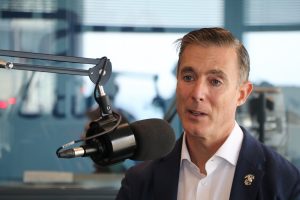 If you think about any military branch in the United States, you all go through a bootcamp. It doesn’t matter if it’s Navy, Marine Corps, Army, Coast Guard, Air Force. When you go through boot camp, you learn a system, you learn to follow discipline, you learn to overcome adversity and you graduate. After bootcamp, you can’t choose who you work for or fire your team. So you have to work within the team you have in order to accomplish the mission.

In the military, we were taught is that there are observable patterns of action that you followed. If you think about the sales function, there’s a lot of similarities. You have to be able to follow discipline, execute against it, experience failure and be resilient. When I went into the business world, I went into marketing and then got pulled into sales because it had a disciplined process. You followed a set of rules, and it was all tied back to something that I could articulate —–  metrics, data and executing a plan.

If you have a military background, you don’t know the strength you have in the business world. More than a quarter of a million active-duty military exit every year. They go into a civilian world that doesn’t know what to do with them. Fifty-two percent  of those people are under the age of 25, and only 3 percent have college degrees. The report that released those numbers also said 60 to 85 percent of those veterans leave active duty without a job. And the ones that do have five jobs in two years.

I had no idea that sales was in existence for someone like me. I had a mentor take me under their wing. Next thing you know, I’m in sales, using a process from a book that I discovered in a bookstore — which saved my career — Stephen Schiffman’s “Cold Calling Techniques”. Following that, I realized there was a process and a discipline.

You know, sales is the only job in the world where you fail 90 percent of the time and we promote you. So how do you assess that failure? One of the hidden mottos in the Marine Corps is “improvise, adapt and overcome.”  I started to believe in the process, and I took that to every company I went to.

Scott: I definitely don’t have the natural skill sets that I would think a person should have in order to be a salesperson. I am terrible with people and incredibly awkward at networking. Are certain types of leaders trained or born? Do I need to find the perfect people for the job or can I train them to do it well? 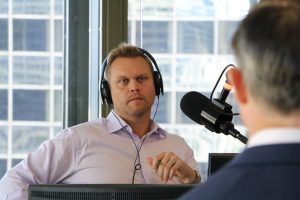 Raleigh: I see companies promote people into new positions without giving them the training it takes to succeed all the time. There seems to be this idea that if I can get the right widget that I’m going to be able to have salespeople that are successful. And that makes about as much sense as buying top level guitars for entry-level students.

Let’s take a company that’s growing really fast. It grows to $10 million, and it’s got 20 outside sales reps, but they have no client retention strategy. When you take that account executive and you promote them to sales manager, they’re moving further away from their wheelhouse. So now they have to learn how to manage client sales people. The reason I created Wheeler Wilkins is that when you go from account executive to a sales manager, there’s zero training available for you.

Once, I was director of sales for North America for a company, and I was asked to put together a P&L [profit and loss] report. And I had to Google P&L! I’m embarrassed to say it, but no one taught me. I learned it along the way, and it’s just so much wasted effort. If you wanted to go from a private in the Marine Corps all the way to the general, every rank that you were promoted has a leadership and training development academy attached to it.

Another thing that happens is the fallacy of thinking, “I’m going to bring a VP of sales who’s successful in another company and bring them to my company.” But we don’t know which questions to ask to find out how they became successful. Did they win the war of attrition? Were they working with a product that would have sold itself? Bringing somebody from a big company into your small startup means they don’t have a budget or leadership to fall back on. It’s all their own vision and ideas.

The last piece is access to talent. At this time of year, some sales managers and VPs are going into Q4 saying, how am I missing my number? Every rep on my team is in their band of commission, but I’m not hitting my number. They’re in danger of hitting the statistic that VP of sales spend less than 18 months in the position. That’s their tenure.

It took me five years in sales management to get the answer to that. I vastly underestimated the impact of open headcount, ramp time and attrition on my sales team. When you sit down in October, November and you sign off on your budget for 2020, you’re not thinking — how many reps am I going to lose this year? And when I lose them, it’s going to impact my number.

A rep leaving an organization is about as sure as death and taxes. I had to calculate and figure out: what were those four main inputs that would help me calculate the attrition? And that’s when I find out what it’s going to actually cost me. So access to talent is the number one challenge. When I have open head count, it kills my sales quota.

‘Disturbing the comforted or comforting the disturbed.’

Scott: Most people aren’t that great at connecting with others face to face, but you think you can learn to be better at it?

Raleigh: In sales you’re doing one or two things: You’re either disturbing the comforted or you’re comforting the disturbed. 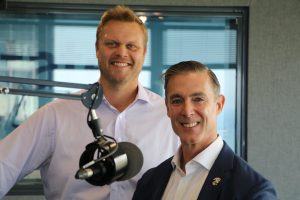 Comforting the disturbed is pretty easy. They come to you and they need your product. You would think that’s an easy sale. But it’s actually the hardest in this day and age. With our access to competing information, they think they’ve educated themselves on the benefits of the product.

But disturbing the comfortable requires an art of persuasion. It doesn’t have to be one on one live interaction but giving you new information. I have to teach you something you didn’t know and tailor it in a way that resonates with you. In sales, the only person that should feel like it’s a conversation is the prospect, not you.

When somebody goes to your store and they made a decision to buy something, that’s great. You should take it. That’s an order. That’s how you make money. But you’ve done no real selling.

But when someone comes into your store, and you have induced them to do something that they had not intended on doing when they came, then you’ve done real selling. That probably sounds like it comes from a modern training right? It’s from a 1921 book, “Advanced Business Correspondence,” that I found when I was at a wedding.

A lot of the time, you’re taking the disturbed who are coming to you and, through a process, helping uncover what it is they actually need.