How These Co-Founders Bootstrapped Their Laundry Company to 100,000 Customers and a P&G acquisition

How These Co-Founders Bootstrapped Their Laundry Company to 100,000 Customers and a P&G acquisition 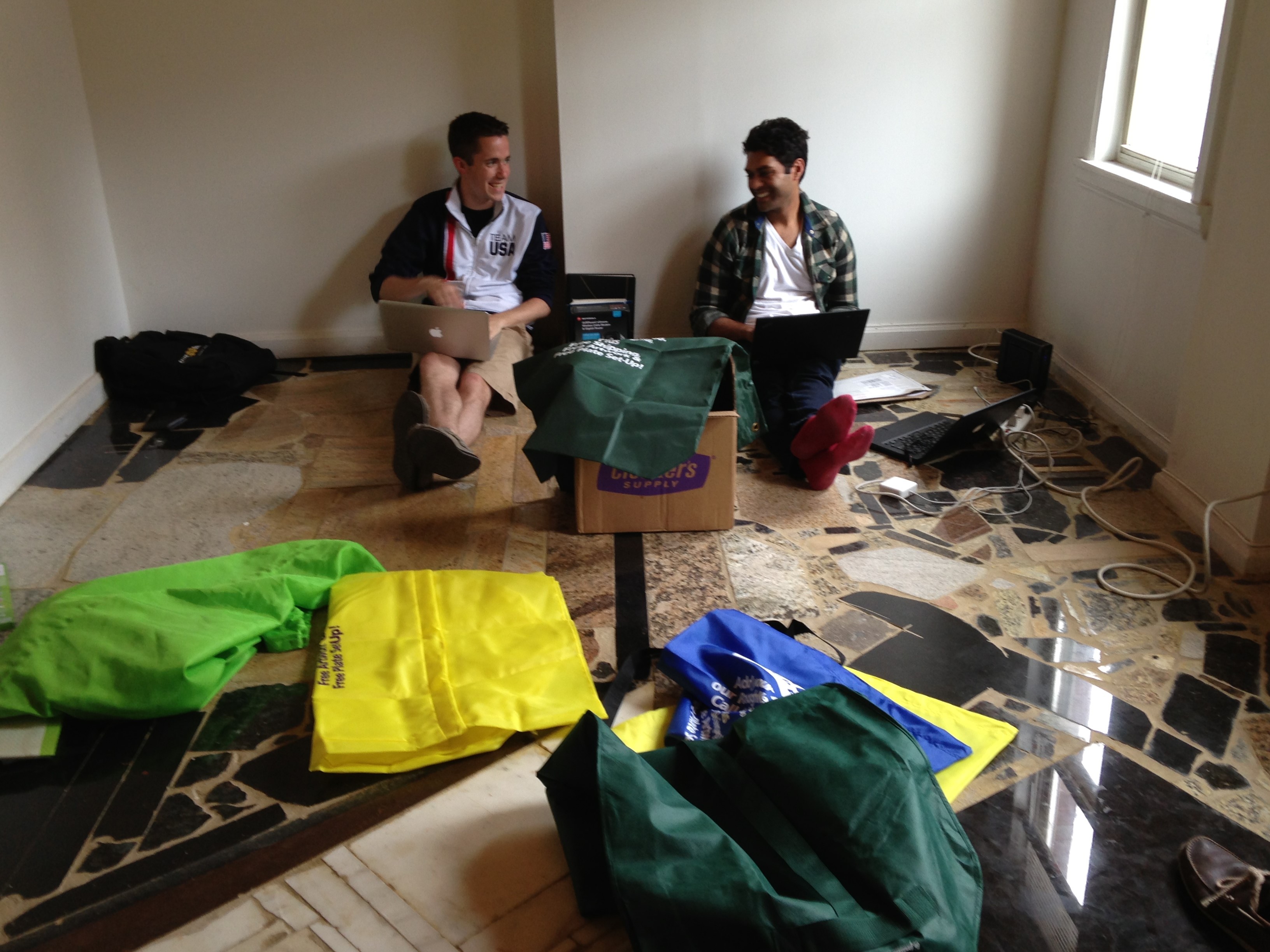 When Vijen Patel and his co-founder Drew McKenna started Pressbox, a locker-based laundromat and dry cleaner, he had no idea what he got himself into.

Two years after founding the company out of a 600 sq ft office, they had so many pick-ups that they couldn’t walk from the front door to their inventory stations. 5 years after founding the company, they were acquired by Procter & Gamble for an undisclosed sum. They have over 150 employees, have serviced over 100,000 consumers and are on track for having 2,000 locations by the end of 2020.

It was such a great story, I knew I had to learn more about it and reached out to Patel directly to get insight into how he was able to do this. Here are three things that I learned from our interview.

1. Before starting a company, ask yourself these 3 questions

From Patel’s time at McKinsey, he learned to be smart and cautious about doing their due diligence on companies and industries. He used that knowledge to analyze the out of home laundry industry before diving in..

He noticed one industry met all three of those characteristics: Dry cleaning.

The dry cleaning industry has been starved of technological innovation. No dry cleaner or laundromat represented a meaningful market share.  And there was no clear brand that dominated the industry. There was Uber & Lyft for taxis, Airbnb for hotels, and Slack for communication, but there was no brand for dry cleaning.

These three questions really opened my eyes to how I evaluate new industries or companies. I started to realize that there are still many industries that are ripe for new startups to take over. The fragmentation and lack of branding questions made me understand exactly why companies like WeWork and Uber were able to succeed:  There was no big player in the game that was well-known for Taxi or on-demand office space.

When Patel started, he hypothesized that office locations would do the best. He figured the lockers would get high usage being near suit-wearing and business-wear customers.

Well, it turns out that no one wanted to dry clean at the office. So he quickly pivoted to placing lockers in high-end apartment buildings in Chicago and not only were the buildings open to the idea, the residents loved it even more.  “Get closer to the wardrobe is” is what he learned. That was a turning point in Pressbox as Patel and McKenna scaled to 1,000 locations and got the attention of Tide Cleaners, owned by P&G.

“We, P&G, actually started running our own experiments, and one of those was a bet that laundry delivery was going to be a thing. When we saw what Pressbox was doing, we admired the founders, the clarity on their business model, and how they focused on the quality of their work. These three attributes are really what drove us to acquire Pressbox, ” says Sundar Raman, President of North America Fabric Care and Global P&G Professional at P&G.

The main thing I learned from this is that you must have a mentality of experimentation. However, experimentation doesn’t mean sacrificing quality. It means that you must know that your first, second or third ideas are probably not going to work. How you react to the results of those experiments can make or break your company.

3. Want to build something great? Do it yourself first

When Patel started his business, he could have easily delegated many of the activities. But, instead, he did many of the things that early successful founders do: Got his hands dirty.

“For the first 12 months, Drew drove routes 1 and 4 and I drove routes 2 and 3 at least two days per week.  We knew someone else could do it, but I wanted to make sure that not only we could remain cash flow positive, but I wanted to know how to most efficiently pick up and drop off laundry. It was a humbling experience, and I wouldn’t have changed a thing,” said Patel.  “Our culture was built on the premise that we were once in everyone’s shoes.”

I realized this the hard way. It’s easy to assume that someone else can do it better since so many experts always tell you to delegate as much as possible. But, I found that if you do it yourself first, fix it, and then document the process so you can pass it on is really the way to go. Sometimes, you have to build something from scratch to change a stagnant industry.

This was one of my favorite interviews by far. It just goes to show that you can be smart with what kind of company you choose, but in the end, it comes down to hustle & grit. I hope you learned as much as I did.