Jeremy Docken founded the company with the goal of untangling the issue of noncompliant discounts in the pharmaceutical industry. If that sentence made very little sense to you, you are far from alone. Even Jeremy, who has a background in pharmaceuticals and auditing, admits that negotiating the messy world of drug prices from a patient’s perspective is a headache in itself.

A little background. Pharmaceutical drugs are bought and sold in a process that involves manufacturers, pharmacies, insurers and payers. At certain points, various parties might be able to negotiate a discount: but because of the complicated nature of the market, sometimes those discounts aren’t applied when they should be, or are applied when they shouldn’t be.

In 2018, it’s estimated that the industry saw $8.5 billion worth of non-compliant discounts. And usually, these savings are not passed on to the patients.

This is where Jeremy and Kalderos come in. A SaaS platform developed by pharmaceutical industry veterans, Kalderos combines that background knowledge with artificial intelligence and data to calculate when and where discounts should be applied.

The company is already working with seven of the country’s 15 largest drug manufacturers. In May 2019, they raised $7 million in a Series A round, some of which will go to expanding their Chicago-based team. That’s right: they’re currently hiring.

Seeking to revolutionize an industry where the stakes can be literally life and death comes with a different kind of pressure than the typical challenges of running a company. On the podcast, Jeremy discussed his reservations about taking on the role, as well as why this service is so badly needed.

What seems to be the problem?

Scott: Let’s dissect what got you guys to this spot: run right through the business.

Jeremy: The first problem that we’re focusing on is on drug discount programs. There were $166 billion in drug discounts paid last year. It seems to me strange that drug discounts are increasing year over year and they represent such a huge dollar amount, yet we’re still talking about how drug prices are too high. 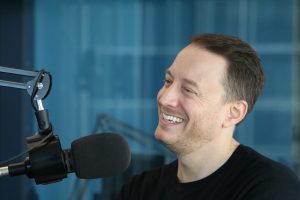 We found that there are enough of those discount dollars that are already being paid — a lot of it’s going business-to-business — that can do a lot, when we get rid of some of the wastage, to allow some of that extra money to help reduce patient costs. So that has been the mission that we’ve created, is to be able to sit in the middle, fix some of those inefficiencies in the infrastructure, so that it frees up the money and makes sure that it goes to the correct party, which hopefully is going to be the patients.

The way that the pharmaceutical and device markets work in this country is based on this concept of spread. So the drug manufacturer makes the drug and then they sell it to a trading partner, and that partner wants to buy low, sell high. And then it goes to possibly another distributor who wants to buy low and sell high. And so every single time in the very complex healthcare system, there’s this desire to buy low, sell high, and that information asymmetry is partly how those businesses get created.

Why solving B2B first will benefit the patient

Scott: What are some of the most obvious things that as you started to build the business you were like, okay, this is nuts: how can I approach chipping away at this that could potentially be a scalable business? 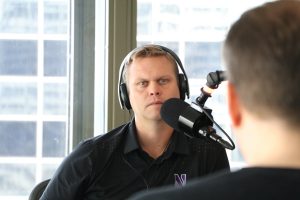 Jeremy: I had a lot of experience working with drug manufacturers. Other team members who have been with me from the beginning had experience working with providers. Other people had been working with payers. So the team that we formed had that knowledge from each of those three different major players in healthcare, and we knew that by bringing together that knowledge of working in the industry and focusing on solving the business-to-business side first, that would be a different angle to solving this challenge than what I’ve seen a lot of other companies do.

We took the approach of, there’s a lot of money that’s already going through that may not necessarily be in compliance with laws and contract terms. And if we focus on solving for that and creating an infrastructure so it’s not just something you have to go after and it’s a lot of work, but you can actually build an infrastructure that will make sure that these programs are running compliantly. And so once we can solve for that aspect and free up those dollars, making sure that drugs are affordable for the patients is something that everybody can get behind. And so we can solve it as a secondary thing with increased focus on the massive problem of the business piece.

‘If I’m given two choices, I always pick the harder one’ 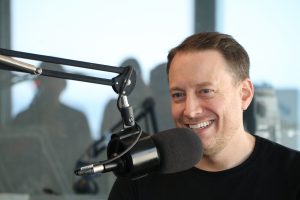 One of the scariest things for me when deciding to go off on my own and start Kalderos was I’d always been very good at being mentored. I would look for that. When I was at KPMG, I’d find a partner with an expertize, a way of conducting himself or herself that I wanted to emulate. I had somebody who taught me to go to a conference and speak. When you’re in a situation where the only thing to do is be brave and jump in and not let anything stop you, I had a mentor for that. The scariest thing was knowing I’m not going to have that, or I don’t know who that’s going to be, when I’m taking on this title of CEO. That was my biggest fear, saying, am I ready to not have those?

Scott: All good things take time. Sometimes you have to spend a decade trying to figure out, am I even solving the real problem or am I just solving symptoms? You have to put the time in, and if you’ve done the work, when the opportunity presents itself to be disruptable, then you can strike. It goes back to wanting to solve an actual problem versus looking around for an opportunity to make money.

Jeremy: Exactly. I don’t know why this was the problem. It happens to have checked all the boxes. One, it’s technology. Two, it’s dealing with really complex contract terms and all of these various laws that you have in healthcare — the things that my brain, for whatever reason, likes to solve. But whatever reason, this was the one that I’m like, everybody’s saying there’s no way to solve this problem: that I don’t believe; there’s gotta be a way to do it. And focusing all of my effort on it.

If you’re going to go into these areas — education and healthcare — you need to take that type of approach. You have to be like, this is a problem that I am going to solve, and I’m going to put together a team, and we’re all going to work together and solve it. Because it’s not something you’ll necessarily be able to do immediately unless you’re really lucky.