This Company Is Bringing Sales Into the 21st Century

This Company Is Bringing Sales Into the 21st Century

Picture that popular chart depicting the evolution of mankind, from hunched chimp to upright human: sales is still carrying a club.

While other aspects of business, like marketing, product and UX, have been revamped and revolutionized multiple times in just the last 10 years, the technology many businesses give to their sales teams is decades-old and not up to solving modern problems.

Showpad is aiming to help companies move a few evolutionary stages forward. Specifically, they’re focusing on the sales enablement side through their content management platform, where salespeople can store digital materials for clients and easily share them across teams.

The platform can also track what actually gets used and — what wins over customers. No more leaflets going straight in the trash or lugging around reams of paper when you only need one page to make your point.

Showpad has also partnered with companies that cover different parts of the sales process, including Salesforce, so you don’t have to spend time and money Frankensteining together all the tech you need, and they offer training materials to keep your sales team at the top of their game.

Founded in Ghent, Belgium, in 2011, Showpad added a Chicago office in 2017. Jason Holmes, the company’s COO and President, was the first employee in the Chicago office. Before joining Showpad, Jason held senior executive positions at Adobe, and Marketo, where he was the COO.

It became clear in the conversation at the WGN Studios that Jason sees both the existing pain points and the path that can lead sales forward. He discussed where sales goes wrong, and where it’s going next.

Scott: What’s interesting to me about sales, in general, is that while obviously it’s a connected piece of marketing it’s siloed in our conversation, at least among the tech companies. Sales does not get the attention that we get when we talk about, say, UX. 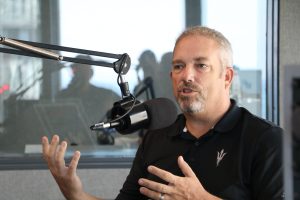 I think that a lot of the world felt, we’ll put it in a CRM and that’ll solve it. And what the CRM has effectively done is opportunity tracking, quote creation, and then discipline and governance around how you can create orders. It’s done a good job of protecting the finance department from the salespeople. But if you really think about it, what matters is the salesperson: when they’re sitting in front of the prospect or the customer, what words are coming out of their mouth? What have they been trained to say? What tools have they been given?

What’s the next thing that happens? Now I have the lead, now I actually have to go sell. What are the tools? How am I going to create an experience that I’m ultimately going to deliver on?

Starting with mid-market before moving into the enterprise

Scott: Walk me through how Showpad does business. 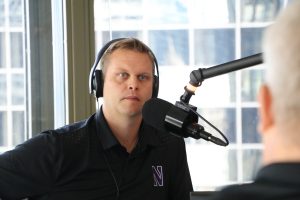 Jason: Ultimately the way that we’re operating, and I think the way that most companies are operating, is they start in the mid-market, because you can get fast sales cycles, average selling prices, and you can get a sense of how to win, how to lose, feedback on your product, how to adjust the product, how to get more competitive. And it creates momentum, because it’s a win, win, win.

At a tactical level, we use Salesforce as a CRM solution. We use a CPQ solution. We use Outreach for sequences, for doing outbounding, for BDRs. We use Marketo, because I came from Marketo. Beyond that, we use obviously Showpad: it’s a pretty fundamental part of how we operate in terms of both onboarding new reps, continuous training of reps, as well as helping manage all of the content, and then the beauty of being able to measure all of our lead performance, coming through something like Marketo, and all of our content performance going through Showpad as well gives our marketing team a ton of insight on what resonates, what people are clicking on, downloading, using, what causes wins and what doesn’t. And so it helps us continually optimize how marketing contributes to the success of the sales organization.

Scott: To your point about staying in your market: many companies are spending a lot of money one time and thinking their problems are solved, only to find out they’ve just begun — and they’re out $100,000-plus that they spent on this tool that they can’t use.

Jason: It’s like, we need one of these because everyone has one. No: we actually need to know what problem we’re gonna solve, and then who’s going to work on it. Who’s going to show up and make sure this thing works every day? What’s the ongoing investment? How is this going to add value to our company for the next five years?

I see that every day, where people will acquire tech and they don’t invest in it the right way because they don’t have a real game plan on what they’re doing. And they end up churning and burning through a lot of technology that at the end of the day doesn’t add a whole lot of value into the system. I tend to go quite slow on adding tech: I wait until they’re screaming in the streets that I have to have this thing.

Buy it vs. build it

Jason: I’m in the software business, so I’m a buy person all day long. Especially with subscription models now, the barrier to entry and the switching costs have come down so much. It’s like it went from making sense to buy, to now it makes no sense to build. 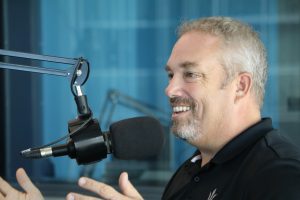 However, you do have to figure out, if I’m going to get competitive differentiation from doing something unique versus my competitors, what’s the opportunity to customize or to configure this thing to actually work for me over the medium to long term? Because that’s where you’re going to get most of the economies of scale, and most of the return out of the investment that you make.

I don’t like the idea of buying and then piecing together everything as a ‘best of breed’ strategy. Who has time for that? No one has the time, the money or the discipline — especially the scale-up companies — to have that much churn in their technology. They want to spend their time doing something else, like developing software, or building a better pitch, or finding more customers — not pouring all this time and effort into their tech stack.

Scott: It shows the Showpad value: why would you spend all of that money and human capital when you could just ask for help? It doesn’t make sense.

Jason: It doesn’t. Part of that is, we’re in the process of building awareness. Buyers don’t have ubiquitous understanding and knowledge of everything that’s out there and available. And part is because it’s super confusing. There are so many tools, they all sort of do the same thing, but they don’t really. As a buyer, it’s very challenging. I don’t fault them for looking out over the technology landscape and being completely confused by all of the different solutions that exist out there. I’d like to believe that they actually just don’t understand a better way because they don’t have great knowledge of all the other solutions.