This On-The-Go Smoothie Bowl is Designed to Spark Joy

This On-The-Go Smoothie Bowl is Designed to Spark Joy

Be honest: are you a regular deskfast eater — grabbing breakfast while you’re settling in at the office?

Jon Agay noticed this trend while doing market research for what would become joyböl, a “ready-in-seconds” granola smoothie bowl. Made to eat while you’re on the go, you simply add water or your preferred milk and get ready to enjoy.

Jon, the co-founder of joyböl, was in the unique position of developing the product as an “intrapreneur” with the backing of his employer, Kellogg’s, where he is the Global Senior Marketing Director.

While having all the resources of a corporate leader like Kellogg’s might seem appealing, Jon deliberately took a scrappy approach early on in order to innovate and develop the best product. By constraining resources, Jon says “you’re forced to really think differently.”

Jon came on the podcast to discuss joyböl’s product journey and what it means to be an “intrapreneur.” An edited transcript based on the discussion follows.

You can find  joyböl’s at Mariano’s, and you can purchase online from Amazon and Peapod. 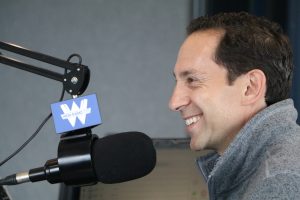 Scott: I love smoothies, but I hate the process of making them. But I hear you have a solution for that last mile of the smoothie journey? How did that come about?

Jon: It really starts with experimenting in the kitchen and getting out there and talking to real people. A couple of food developers inside the Kellogg’s company were just experimenting and tinkering in the kitchen, clashing together ideas. We decided to just start talking to people. We wanted to get out into real places where people live and work and have real human conversations. It took us on a journey across the country, from Chicago and New York to California, and we learned a couple of things.

First, there are these pain points around breakfast, particularly among what we call young, urban, mobile millennials. They’re behind from the moment they wake up, right? They don’t have time during the week for the ideal breakfast, yet on their way to work they’re surrounded by this explosion of food culture.

That took us on this journey where we just kept on prototyping. We’d go into the marketplace, we’d listen, learn, iterate and go back out there. And it was from that journey that joyböl was born. The name came from just listening to people talk about these pain points. They said the joy had just been sucked out of the morning by their old routines, and it was that moment I scribbled joyböl on a piece of paper.

Scott: Breakfast really is the most important meal. It starts everything, but it’s also the most difficult for me. You created the opportunity for me to get something that I would like to be part of my routine, but I have no interest in working for. Like my friend Peter who developed another Kellogg’s product, the RXBAR.

Jon: Those guys on the RXBAR team have been a source of inspiration for me in terms of this entrepreneurial approach. We call ourselves intrapreneurs. We’re trying to be entrepreneurial while leveraging the resources of a large company. Certainly it has its advantages, but sometimes those advantages can also be disadvantages as well — sometimes you need to consciously constrain yourself. It’s one of the things that Peter and I talked about, embracing the early stages where you constrain yourself. When you do that, you’re forced to really think differently, and you really listen and design with that early adopter in mind. 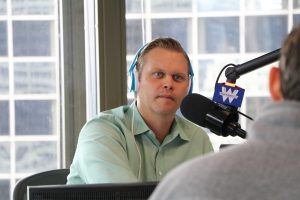 We created our own field activation team that’s actually headquartered here in Chicago, and they’re out there and they’re pounding the pavement. They’re having real authentic conversations with people every day. And, not only are they helping us get food out there and selling it, they’re generating such rich insights from these early super fans.

Scott: I think some people lose sight of that. If you build your business around a simple solution for the problem that this specific market will have and let them solve it in a delightful manner… it’s very hard to screw up.

Jon: I think you hit the nail on the head. The only way to discover the problem and how to best solve it is to just get into real places where people live and work, as opposed to these artificial focus groups.

We spent time in some offices here in Chicago, for instance, just watching people go through their regular breakfast routines. We observed this whole trend around desk-fasting, or eating breakfast at your desk, and they always had to make trade offs.

We’d see people spill stuff all over their desk or get pulled away from their desk because their morning would get upended unexpectedly. And then they’d come back an hour later and everything that they had prepared so immaculately turned into a mush. It was disgusting. They couldn’t even eat it.

So we said our solution needs to fit in your hand and be easy to stir. There were some must-haves for the packaging. We also discovered that the crunch was so distinctive. We found that what really separated us from others was that we were giving them this unique combination of creamy smoothie goodness with crunchy granola and delicious toppings, all in one just add water.

The key was getting people to suspend disbelief, if you will. If you called this say, a no milk cereal, people would be like, well that’s disgusting. So you go back to understanding your consumer, and you reframe it as an instant granola smoothie bowl.

Focus on the problem, not the purchase

Scott: If you were a startup that wasn’t Kellogg’s, would Kellogg’s buy you? Yes for you obviously. Some startups focus on getting bought over finding the simplest solution to the problem.

Jon: I think sometimes people are unable to take an idea and actually commercialize it. The difference between an inventor and an innovator is that the innovator then is able to profitably commercialize that idea. 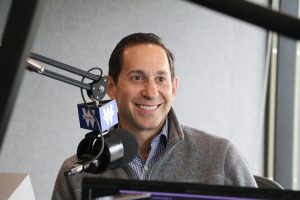 To get to that point, you have to know the difference between the “must haves” and the “nice to haves.” One of our values is maximum joy, minimal effort. So through the lens of that mission and those values, what’s the must have? We would have never have gotten the product we did if we just blasted this through the giant Kellogg’s distribution machine, because we wouldn’t have been able to take advantage of those infant stages that give us an opportunity to learn.

Scott: We spend too much time looking at how these companies can you help me, versus like how can I build a great product, give it to you and watch you go.

Jon: I have a lot of discussions with my field activation team around always learning and being obsessed with our consumer. You have to focus on what’s most important to the consumer, and then, to the extent that it’s available to us, draw upon the best of what Kellogg’s has to offer to us. Sales distribution, supply chain, other amazing resources. We have people that are just fantastic experts in all sorts of areas, and we’re very fortunate to have access to those experts. But, you don’t start with that.

You start with building and understanding your core consumer. What’s our mission, what are our values, what problem are we trying to solve? And then draw upon the best of what Kellogg’s can offer at the right time. Just because we can get distribution doesn’t mean we should.

There’s numerous stories where people were focused more on just getting a big exit and chasing a number, and then you just run to your death. Right now we’re really focused on saturating Chicago. We’re growing slowly and really building a groundswell with our early adopters here.

As we start to branch out, we want to make sure that we don’t go too far too fast. I believe in the idea of creating concentrated scale. Find who your core consumer is, understand where you fit in their lives, and then make your product feel ubiquitous in their world.