For more than 150 million paying subscribers, Netflix is a beloved content provider, offering access to hit shows like “Stranger Things” and “Narcos” and many others. But in fact, the company’s backstory rivals the kind of suspense-filled dramas that streaming sensations are made of.

The origin story of one of the most influential businesses to emerge in the last 20 years is now available for your reading pleasure — Netflix co-founder Marc Randolph has written a new memoir, “That Will Never Work: The Birth of Netflix and the Amazing Life of an Idea,” available now.

Pause that Netflix queue, the book is going to make you want to turn the page.

Today Netflix is a household name. But back in 1997, streaming movies directly to your TV still seemed like the stuff of sci-fi. Marc along with Netflix co-founder Reed Hastings were just starting to brainstorm ideas for a new business.

Marc, a Silicon Valley veteran, was an entrepreneurial guy long before Netflix, as he explains in his interview with Scott Kitun in-studio at WGN Radio.

“I was always drawn to situations where I could start something or run something, even before it was a company,” he says. He started selling candy bars at school in fifth grade — “I made a lot of pocket money doing that” — and later took a job with a music publishing company, selling sheet music. He encouraged the company to switch from selling to distributors to advertising directly to the musicians.

“For some reason I’m going, this is the coolest thing ever,” Marc says. “This opportunity to take this wide-open category and do what I wanted, and experiment, and learn.” 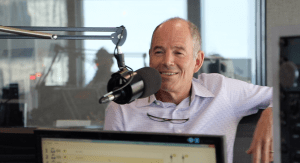 This kicked off a period in Marc’s career in which he mainly focused on helping magazines and mail order companies to improve subscription sales. Eventually, he landed in California, working at a company that was, in his words, “doing a really geeky software product.” That company was later acquired another software company. It just so happened that the acquiring company Pure Software was founded by Reed Hastings. After the acquisition, Reed and Marc started carpooling to work together.

Months later, the company, which was then called Pure Atria, was acquired by Rational Software. Marc was fired.

“Not in that awful, walk-of-shame way, but in the golden handcuffs way,” Marc clarified. He would keep his job and salary for six months, but wasn’t required to actually do much. He decided to lean into his entrepreneurial tendencies and use the time to start a new business. Reed, who was also on his way out of the newly acquired company, was also interested in starting something and had the cash to get it off the ground.

One of the ingredients they settled on early was the internet. “I recognized immediately, this internet thing, this is my old direct marketing career, but it’s on steroids,” Marc says. “This is unbelievable, the ability to be personal and direct, and have one-to-one relationships and be infinitely scalable. I’m going to sell something on the internet. I don’t know what yet.” 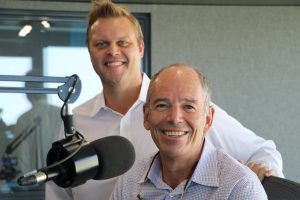 Those early brainstorming sessions were all over the place. “Most of the ideas were crazy,” Marc admits. But looking at what a little company called Amazon had done with books sparked them to examine another big entertainment category, video rental.

However, after initial research, Marc found that the VHS cassettes that were used at the time were too expensive to ship, so he put it aside.

Fortunately, that problem was about to solve itself. “There was this new technology just in test market, in like seven cities, called the DVD,” Marc says. “This is small, and it’s thin, and it’s light, and we’re going, maybe we should dust off the video idea.”

How a Patsy Cline CD helped show proof of concept

But there was a big question: could you actually mail a disk? “The first thing you want to do is try and validate your assumptions,” Marc says.

“So we turn the car around mid-commute, go back down to the town we live in, Santa Cruz, and go to a used record store. We bought a Patsy Cline CD, then went two doors down to a stationery shop and bought a little envelope, and put the CD in the envelope. We addressed it to Reed’s house, and went to the Santa Cruz post office and popped it in the slot, and went to work,” he says of their test.

“The very next day when Reed came by to pick me up, he didn’t even say anything. He just holds up the envelope. And there was an unbroken music CD that had gotten to his house in less than a day. And that was the moment we said, wow, this actually changes everything.”

Even though they’d proven their initial thesis, Marc points out that they still faced “huge uncertainty.” DVDs were a new technology and they didn’t know if enough people would invest in them to make DVD rental worthwhile. Plus, they had to build a website. 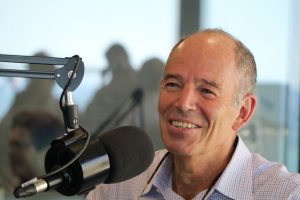 “We realized that to test this thing, we were actually going to have to build a lot of infrastructure to see if it worked or not. And so we did that thing which every entrepreneur has to do, where you’ve got to take that step and make that decision to go ahead, but base it on incomplete or inconclusive or — even worse — contradictory data. But we did it.”

Reed got their funding started with a check for $1.9 million, and Marc found their first office — a Best Western conference room for $250 per month. “We hired a dozen people, and a little band of people with no experience in the video industry went about trying to build a disruptive company,” he said.

To learn exactly how Netflix went from a scrappy startup in a make-shift hotel conference room to the juggernaut it is today, you’ll have to read That Will Never Work.

Marc — who has co-founded or founded more than half a dozen successful startups apart from Netflix — hopes that the book will be a lesson to all entrepreneurs hoping to build something disruptive.

“Netflix did not spring fully formed into 150 million subscribers,” he says. “We crashed our servers in the first 15 minutes of our launch day. What you can take away from this is that this is a journey and it’s an exciting journey and a fun journey. In That Will Never Work, I’m really walking us through how a company like Netflix starts.”

Marc says, “This characteristic of a great entrepreneur is you get knocked down and damn it, you get back up again. And it’s not because it’s what I’m supposed to do, it’s because you’re driven to do it.”