Not every startup is about reinventing the wheel — or creating a car that doesn’t even have wheels.

To take the car part analogy further, some startups are looking at reinventing the oil — the stuff that makes those existing parts run together more smoothly.

Sean Chou not only came up with such a company, he settled on the most appropriate name. He is the CEO of Catalytic, which he co-founded in 2015 with a vision for helping companies automate the parts of their business that are laborious for their workers, taking up valuable time that could be better spent innovating. Before that, he was founding CTO of Fieldglass, a software company helping businesses manage external vendors and contractors — so he knows his B2B.

How do we ditch the dull parts of our day jobs? According to Sean and Catalytic — and numerous sci-fi authors — it’s by giving the boring tasks that make us feel like robots to actual robots — or, specifically, to artificial intelligence. Catalytic takes the existing data processing software like Salesforce, Excel, Quickbooks etc. and helps you run them as one, cutting out back and forth, and speeding up processes like invoicing and employee onboarding.

While many people see AI as a threat to human jobs, Sean believes that introducing software like Catalytic will improve productivity to the point that we’ll be able to use all that saved time to work on genuinely interesting projects that improve customer experience.

On the podcast, Sean discusses how Catalytic will save us from becoming robots, and what airplane instrument panels can teach us about using data correctly.

What you’ve got, but better

Scott: What does Catalytic do and how does it work with all these different companies? 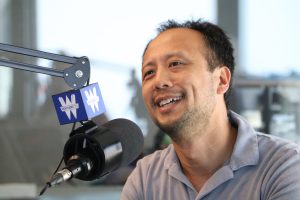 Sean: The general mission of Catalytic is to help companies empower their employees to automate more of their knowledge work. The category of work that we’re really after are these mundane tasks: it’s things like working with systems with Excel spreadsheets. But what we’re not doing is bringing brand new technologies to the table — we’re not taking something fundamentally never-before-seen and showing it to our customers.

You have all this work that can be automated today with existing technology, and we’re not bringing something new. What we’re doing is taking this concept and all these different technologies, and we’re making them incredibly easy to use. We’re making this promise accessible. And that’s the transformative power that we’re going after: why is this stuff not being done? Why is it not accessible? It’s just too hard.

The perils and potential of data

Scott: Business operators struggle with the value of data, and what they want to get out of it. They have to understand, what is the data that we have access to? How do we collect it? Why do we want it? 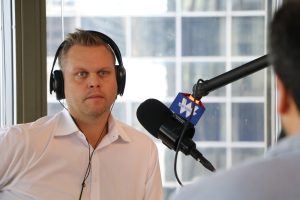 Sean: I think people start getting into collecting data for the sake of data. And before you know it, you have this proliferation of data, and you don’t know what to do with all of it. The first thing you really want to understand is why are we collecting this data? It’s easy now to collect every bit of information that’s coming in, because storage is so cheap. But with data, which a lot of people say is the fuel of AI, you really have to have an intent for it.

I think of it as instrumentation. If you’re flying a plane, your instrumentation panel is your data: it’s telling you your direction, your height, it’s giving you all this essential information. Same thing with running a business — your data needs to tell you whether or not you’re succeeding. If you’re not succeeding, it needs to tell you why, and what you need to do to course-correct.

Scott: What are you doing specifically with businesses to help them put their data to work?

Sean: What we’re ultimately doing is making their processes more efficient. We’re going to automate a lot of their work. So they may have a process, let’s say onboarding an employee. Say that currently, onboarding an employee takes 1,000 hours and six weeks. We want to transform that so it takes way less time, maybe 200 hours, and days instead of weeks. That’s the overarching purpose of why we’re there. I’m talking about onboarding an employee, but it can be anything.

Let’s back into where data actually plays a role in this. So if my purpose is to end up at half the time and a quarter of the cost, then I have the data that helps me know where I started and where I’m going to end up. A process is a series of actions, it’s all of the data that’s flowing from systems to people and so forth. To complete a single process, the data is essential, to marshal from one system to a person, to another system, to a document.

Think about onboarding a person. You’re collecting information from them from the get-go. You have resume information, information you put into payroll,  all the information you need for provisioning. So there’s this data stream that’s running through the process. If you’ve done that multiple times — if you’ve now onboarded 100 people — you don’t have just one stream, you have a series of these different data streams. And that’s where AI and machine learning really start becoming interesting. It’s not a single observation, it’s the fact that I’ve done this 100 times, 1,000 times, and that’s where the patterns can start emerging. And that’s when you can start feeding things like machine learning algorithms — stepping from explicit definition into something that’s truly approaching machine learning or AI.

For the good of humankind 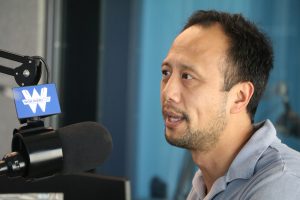 Scott: There’s this scare that in time we will find that the jobs people currently have will not exist. I think it’s important people understand that this isn’t a threat, this is enabling workers to not have to waste time doing stuff that contributes very heavily to depression and anxiety.

Sean: Worker dissatisfaction is at an all time high — a lot of people are not happy at their current jobs. And when you look at why, honestly, if 50 percent of your job was essentially spent being a robot, you’d be sad too. And so a lot of what we’re trying to do is to free them up. I think we will have a lot more productivity, we will have a lot more jobs. Someone has to make these automations work, someone has to program them — and then eventually design cool outfits for them, I’m sure that’s going to be a thing!

That’s where the mission of the automation company and its origins become really important. We didn’t actually use the word ‘automation’ when we started Catalytic. We started with the question, why do we spend so much of our time doing these silly things that we shouldn’t have to do around operations? If you look at operations — which is a growing function of most companies — when you first start, you’re making everything up; but by the time you’re at 100 people, probably half your work is business as usual-type stuff. And it becomes a larger and larger percentage of your company as you get bigger, so when you’re looking at these Fortune 500 companies, like 85 to 90 percent of their work is business as usual. And so much of that is filled with these stupid things.

So when we started Catalytic, we were hyper-focused on that set of activities. The problem that we were after was, why are we bad at these core operations, these repetitive business processes, and what can we do to get better around that? And automation is an outcome. It’s a natural result of our looking at why we were bad. The reason why we’re bad is because so much of it is boring, mundane stuff that people don’t want to do — so we’re automating work that people don’t want to do.

A very legit question is, what should people do once you automate that work? And that’s where we really need to spend some time talking about things like, what is it that you can actually do for your company that can transform it? If you’re not spending your time in Excel, or entering data into a system, what can you be doing with your time to change the customer experience?