Weed is big business and it’s only getting bigger.

Eleven states (including Illinois) and D.C. are in various stages of legalizing recreational marijuana, and in 2018 the cannabis industry was estimated to be worth $10.4 billion — even though the drug is still restricted at the federal level.

As the market becomes increasingly viable and appealing, ahem, budding cannabis entrepreneurs are faced with the challenge of moving an underground operation online. One of the biggest transition issues is navigating compliance laws.

Chad Bronstein and Aristotle Loumis, along with three others (Brent Skoda, Erik Shani and Michael Chock), founded the marketing tech platform Fyllo earlier this year. The company offers to help brands meet compliance requirements at scale and ensure that ads are served to audiences in states where it’s legal.

After closing a $16 million seed round, they raised an additional $2 million in September. They’re currently looking to fill positions in their New York office and the Chicago headquarters.

They came on the podcast to talk about team building while growing at lightning speed. Here are a few highlights. 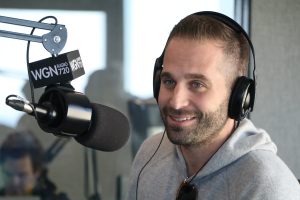 Although the regulated cannabis industry is still in its infancy, Aristotle and Chad put together a power player team by finding people who have excelled at various roles in other industries.

“It’s like building an NFL franchise,” Chad says. “You have to have an offensive coach, a tight end coach, a defensive coach.”

He used this logic when pairing up with his cofounder as well. Describing his decision to join Chad and Fyllo, Aristotle says, “One thing I saw that was unique to Chad: he’s the type of guy that when he said he was going to do it … he actually did it and then some.”

On successful teams, ‘everyone has to know their swim lane’

One potential problem when you’re putting together the Avengers of cannabis software startups — Iron Man-sized egos. 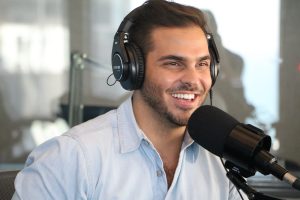 Making sure everyone feels valued for their particular set of skills without elevating anyone over others became a challenge.

“Companies fail when they have a lot of egos, and that was what we were concerned about,” Chad says.

In fact, the approach to team building is Fyllo’s not-so-secret sauce. “Technology, if it’s not commercialized, means nothing … We’re excited about our technology, but we’re most excited about the team that we’ve crafted to go into the market,” Chad says.

Hiring the best team in the world comes at a premium. With that in mind, the Fyllo founders asked for significant investment. 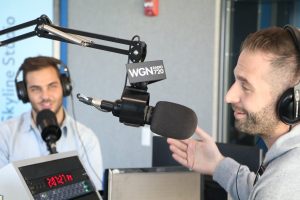 “We raised $18 million because we needed capital to bring on this incredible talent,” Chad says. “The investor is like, oh, they’re very expensive. I go, well actually they’re taking 80 percent pay cuts, but they were running large corporations. They all took big risks — none of our current team didn’t take a big risk and a loss.”

There was another reason for raising lots of VC: a headstart on the competition.

“We also needed to raise capital if we wanted to do this the right way, to make sure that we were going out in a specific space that eventually will be commoditized like every other space,” Chad continues.

“You have a several-year window to really build something that’s unique and defensible,” he notes.

Aristotle agrees: “Ellison was an eight-year grind that didn’t stop because I was building bottom to top, versus when Chad and I got into the lab, it was like, how do we build from top to bottom?”

“We knew how big it was. It’s a big challenge. There’s a big mountain, we’re starting at the top, and we’re working our way down.”