The Future of Work: ‘There’s More Than One Shade of Robotics’

The Future of Work: ‘There’s More Than One Shade of Robotics’

For him, “it’s about taking robots out of human work, not having robots replace human work.”

In fact, when clients introduce automation technology like Robotic Process Automation (RPA), Optical Character Recognition (OCR) and machine learning to their organization’s people, processes and current technology landscape, they act “like an x-ray on everything that’s inefficient,” Marshall says.

“We re-engineer that process with automation and the customer experience in mind upfront. It’s a total shift.”

The x-ray metaphor is apt, especially considering that “Ashling” is the phonetic pronunciation of the Gaelic word for “vision.”

Marshall came on the podcast to share his views on the automation revolution, Ashling Partners’ place in it, and why we should cancel the concept of “failing fast.” An edited transcript follows. 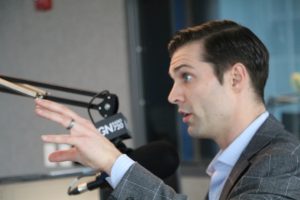 Scott: Talk to me about about Ashling and what you do.

Marshall: I’m one of two cofounders, the other being Don Sweeney, who’s also Chicago based. We met at a consulting firm that he ran for 19 years here. We came from the big monolithic enterprise application ERP era –– a thing of yesteryear in my opinion. I left after we were acquired and did some advisory work at Gartner for a few years.

We were basically searching for something new. We got back together when the RPA concept came into the market. You could still consider an emerging technology at this point, but since we do it every day, we think it’s pretty mature.

This field really had a lot of the missing links for us. We always wanted to focus on business outcomes and having a strong business case for why we’re doing a technology project. Because enterprise technology, unlike consumer tech, isn’t about fads. It’s about bottom-line and top-line contribution.

RPA will allow us to rethink work –– the way we want to do it. Let’s automate manual, repetitive, high-volume tasks that are very scripted by their nature and focus our time elsewhere. For every statistic about job loss, there are stats about meaningful work contributions, scarcity in the workforce and the Baby Boomer generation causing huge gaps in our workforce.

We want to stay a service organization, because we’re seeing how fast the technology is moving. We got really excited when RPA came onto the scene because that was kind of like if there was a silver bullet for us –– a good point of entry for a new vision.

Scott: Why do you see it as a silver bullet? 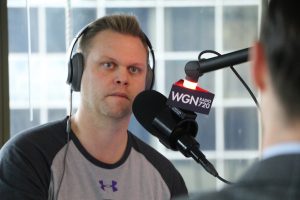 Marshall: Honestly, it’s attention. It’s not the silver bullet in actuality, but from a headline perspective … it really gets the conversation going.

Scott: I want to talk about the roles of artificial intelligence –– and people –– in robotics. Where do you see this going? What can companies do to stay ahead of the curve? Should we be afraid or not?

Marshall: Just level setting up front: there’s more than one shade of robotics. Amazon’s AI, for example, deals with computer vision –– being able to triangulate the human eye through more and more data points. The machines are getting smarter as their algorithms are fed data.

But there’s also an enterprise approach to robotic process automation. It’s actually not as scary as you think. We represent the service side, implementing and operationalizing automation for large companies.

Scott: People are afraid of things they don’t understand. Some people will lose their jobs –– that’s just reality, but …

Marshall: There will be displacement for sure.

Scott: But that’s been the case for the existence of man. This isn’t new. Many tasks require a certain set of decision making skills that require empathy, and understanding of context, which only human beings can provide.

Talk a little bit more about the overall capacities and use cases of robotics and automation as you see it right now.

Marshall: The key term is ‘use cases.’ We represent a use-case driven technology and we need to bring it into the foray in order to get people comfortable with it. We’re working with large B2B corporations that weren’t born digitally. They deal with a lot of technical debt: systems, mainframes, processes. But they also have a lot of opportunities. And they know their businesses. That doesn’t mean they’re doing everything in the best way possible, though. 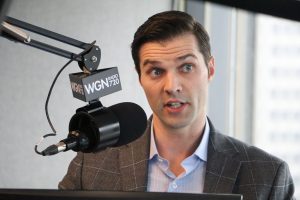 Think about all the time you might spend doing strategic analysis of your vendor community, financial close process or any horizontal business process. Measure how much time you spend doing it. Because you’re probably spending 80 percent of your time chasing down vendor paperwork … along with data collection and input. You’re not spending your time doing critical thinking and data analysis. Many people have said this before, but it’s still not a reality. It’s flipping the 80/20 Pareto principle. People are still doing strategic thinking for their organizations only 20 percent of the time.

Scott: People complain all the time about the repetitive nature of work. Yet they gravitate towards it and away from critical thinking. When you get rid of repetition –– or at least a portion of it –– there will be more critical stuff to do.

Marshall: There’s no question. It’s a security blanket, right? As much as you say you want to change, and you want to add value to the organization––

Scott: The winners will be revealed.

Marshall: Change is great until it happens to you. That’s how a lot of people feel.

People get scared about AI because it’s a little harder to understand. They think there’s a magic button behind the scenes. But when we start to break it down into business rules, we see that there’s logic behind it. There are variables behind it. That’s when they’re willing to grasp it and say, it would be great if I could do this, then augment my time here, and dedicate an extra 10 percent over here.

Business leadership needs to support that mindset. They need to be out front before a company can start this journey. Often it happens as part of a “digital transformation” discussion. That and ‘AI’ are the most overused terms in the market today.

Leadership should come out and say that automation is about productivity, repurposing work and creating more meaningful contributions to a company’s work –– as opposed to headcount reduction, which is always the 800-pound gorilla in the room.

Marshall: I’ve been a part of the agile transformation era and it’s very important to get product out to market quickly. I run a services organization that works with world-class products. But we still run like kind of like a product management organization. We need to move fast and fail quickly and all of that, but we can’t just keep on failing. We have to do work at the edge of the box, because that’s where innovative work gets done. You can’t be too far outside of the box because it won’t get funded –– or you’re forced onto an island, the mad scientist in the ‘innovation garage.’ But you can’t be too far in the box cause that’s not real change.

Scott: I’ve had enough of the ‘fail fast’ thing.

Marshall: You don’t want to fail. That’s not the idea. If you do, let’s not crucify you for it. But I mean, we’re bootstrapped. We don’t like failing.

Scott: I’m not saying I’m open to failure, but I’m open to high-risk decisions. Unless it’s gonna break me, I’m probably going to have to consider it.

Marshall: We call it ‘bullets versus cannonballs.’ It’s a Jim Collins concept: you’re on a ship with a limited amount of gunpowder and you’re on a ship and you have an enemy ship approaching. Why would you waste all your gunpowder on one cannon ball when you could use it for bullets and shoot with the right trajectory?

Let’s do things with intent. Let’s try innovative things. And make sure we understand the definition of success. If it doesn’t work out, it might help an adjacent service offering or product.

Scott: Within most companies, cutting-edge technology is not their core competency. Usually they have contracts ongoing with agencies or vendor partners that are directed by people who are still trying to reinterpret history instead of build a fresh future … instead of trying to take on a new partner or add something complex, they just say, ‘fine, we’ll just go with this because this is what they can do.’

Marshall: People think you can’t be both a service provider and a growth company. I disagree. We can pivot very quickly. The reality is, as a customer, do you want a tool or do you want a capability? If you want a capability, you need to work with external providers that understand the landscape, that can implement, plan, prioritize, help you sustain within your run cycle. Because if you want a tool, you should just work with SAP, Salesforce, Oracle or Workday, right?

From an enterprise technology perspective, those are the monolithic suites that are accepted. It’s the old ‘Blue’ mentality. You’re not going to get fired for hiring IBM. That’s probably not as common now as it was 20 years ago. But to me that’s a suite of tools. It’s not necessarily orchestrating a capability that directly contributes to a bottom-line or top-line strategy.