‘You can be a billionaire from anything’: meet the quant who started a ping pong company

‘You can be a billionaire from anything’: meet the quant who started a ping pong company

You can become a billionaire with anything — from collecting garbage to selling Beanie Babies.

The point is to figure out what makes you unique and valuable to the customer. “As long as you’re solving an emotional or financial problem for somebody, you can make a lot of money,” says Robert Blackwell, Jr., CEO and founder of several companies including Killerspin and Quant16 (formerly EKI-Digital).

Robert’s been building companies since he was eight years old, when he was selling gum in school. Although he was, as he describes, “a non-dangerous delinquent” who didn’t take well to school — a common thread we see among founders — he’s always been an uncanny problem solver.

He’s applied his formula for success to everything from IT consulting to ping pong with one driving factor — be the best in the world at something.

Robert joined the podcast to tell us about his experience, including how he came to marry his engineering knowledge with stock trading, and how he spun off business lessons to launch the leading table tennis brand in the world.

Be willing to experiment and learn — even if it’s uncomfortable 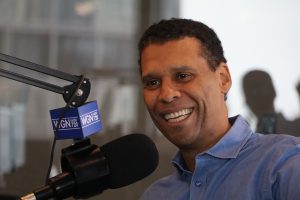 When I started my first company, a PC consulting firm, at 21, I was young, I was happy to sleep on the floor and experiment and do different things. I eventually started working with traders and writing trading algorithms, but I really wanted to learn how to be a trader.

I reached out to a friend who was a trader at the Mercantile Exchange in Chicago and said, “I’ll work for you free for six months if you just let me on the floor.” So I became an arbitrage clerk.

I’d wake up at three in the morning, I’d study until the trading day started at six, and I’d work until my pit closed around 1:30 in the afternoon, and I’d go to the library and study more.

I got pretty good at trading, and I started writing options, trading models. I was a technical analyst, so I traded for myself and gave people trading strategies. I developed trading strategies based on algorithms that I would write.

I started two more companies before starting EKI-Digital (now Quant16) in 1998 to help companies find efficiencies that save money.

I was always kind of fascinated with the ability to use algorithms to do discovery, but it wasn’t the norm. When my father read the paper, he said, “Do you know what the difference is between being weird and eccentric?” He said, “When you get rich, you’re eccentric. Right now, you’re just weird.”

But that became the company.

The Chicago vs. Silicon Valley approach to business growth 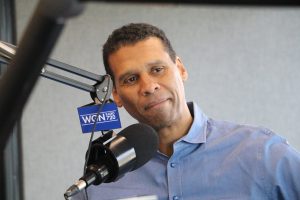 There are some very different approaches to growing a company. Consider the startup atmosphere in Chicago versus Silicon Valley.

The advantage that Chicago has over San Francisco and Silicon Valley is in being much more blue collar; investors are more conservative, so returns are more likely. It’s much more practical and less dreamy. The disadvantage is that it also punishes failure more than Silicon Valley does. So, here, you can be conservative to the point where you’re never going to get big breakouts.

The drawback to focusing on profitability over growth is lower returns. If you’re focused on profitability, you’re saying the best thing you can do with your money is stick it in the bank. But if you think about real profitability, the best thing to do with that capital is pour it back into the business to get more capability and drive the growth of the company. You’re likely going to get much higher returns that way.

That’s why, when the Silicon Valley companies hit, they really hit in a much bigger way.

Each approach has strengths and weaknesses, so you could probably benefit from merging the two. Take a Chicago approach to your Series A, and then after your Series A, go somewhere else where they’re going to invest real money and give you the opportunity to blast off.

Build something where you know you can stand out

I wanted to diversify my business into the public sector, and table tennis ended up being our ticket to do that. 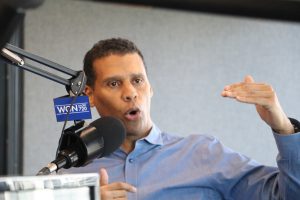 In 2000, Chicago hosted the Ping Pong Festival, and we sponsored it for $100,000. Soon after, I opened a table tennis company, Killerspin. I did it, because I knew if we were in ping pong, we’d be there by ourselves. Everybody knows table tennis, but nobody could name a brand. I knew we could own the space. Now Killerspin is the leading brand for table tennis equipment, accessories and clothing in the world.

And I’ve met unbelievable people through table tennis that I would never have been able to meet with and introduce them to what I do with EKI-Digital. We’ve probably brought in $100 million just through the relationships we’ve established through table tennis. Not a bad return.

It was a matter of making a choice between forcing ourselves into a saturated market, like golf, or finding the market where we could be the major player. The latter meant we could own more space for a lot less money.

Find these businesses interesting? Check out these interviews with similar companies: